Beauty And Brains: Miss England Has A Degree In Genetics And Encourages Women To Study Science

“I studied a subject I’m so in love with, which is Genetics, and so proud to have completed the journey.” 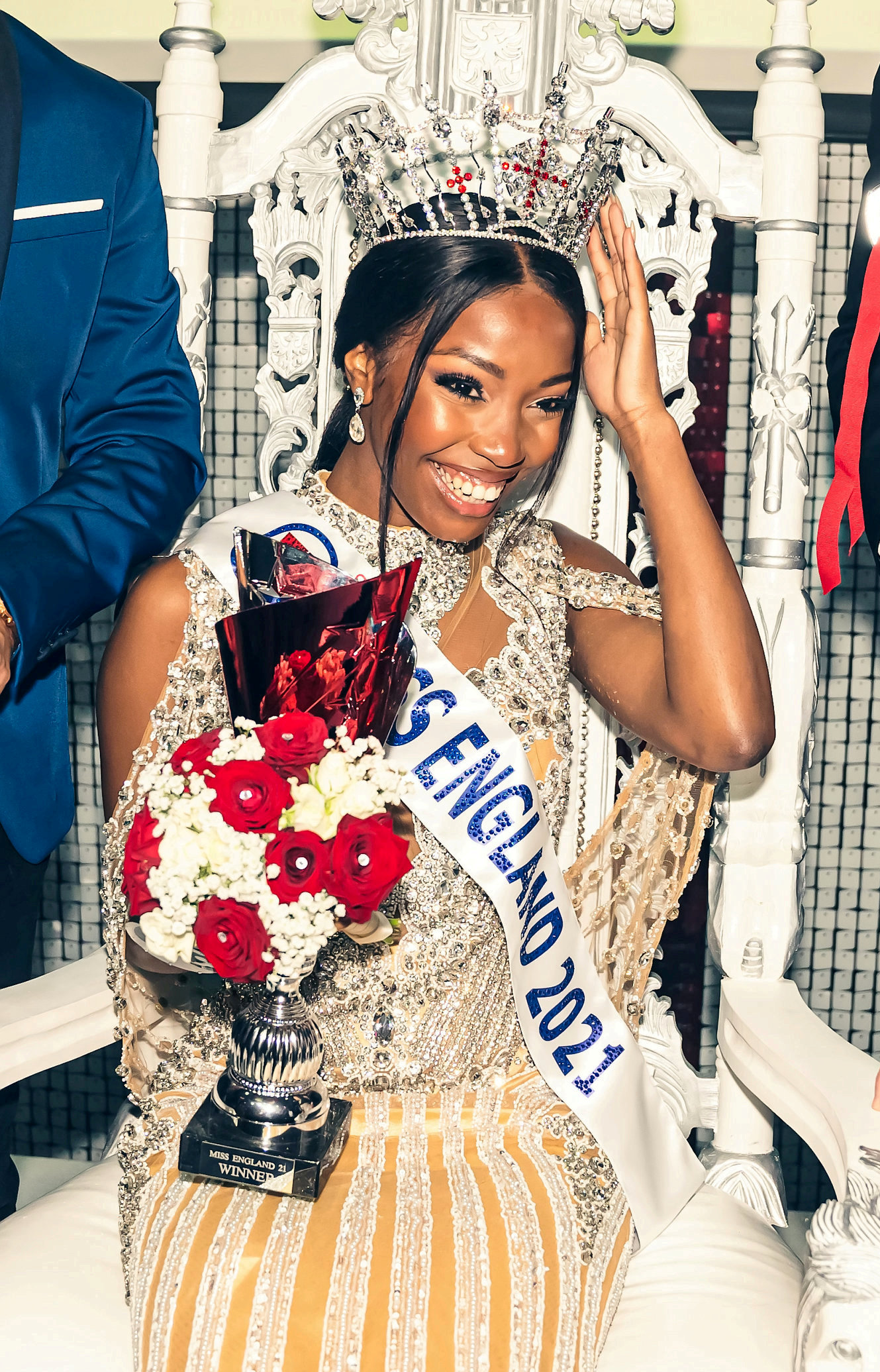 A top UK model proves she has beauty and brains after graduating with a Master's degree in Genetics and says she hopes to inspire more women to become scientists. (Steve Chatterley, SWNS/Zenger)

A top British fashion model proves she has beauty and brains after graduating with a Master’s degree in Genetics and says she hopes to inspire more women to become scientists.

Rehema Muthamia, 26, is the reigning Miss England beauty queen and has been juggling her role with her university studies.

She has now graduated with a Master’s degree in Genetics following a five-year course at the University of Sussex in Brighton, located on the south coast of England, in the United Kingdom.

The stunner beamed with delight for photos in her cap and gown for her degree ceremony which was originally postponed due to the COVID pandemic.

Rehema completed an integrated master’s degree in genetics and graduated on Thursday, July 7, with high marks.

The beauty queen also had to juggle her studies alongside the trauma of being stalked for 18 months by her ex-boyfriend after they split up in 2019.

But she overcame the odds to finish her degree as well as being crowned the winner of the Miss England competition in August last year.

Rehema, of north-west London, UK, said: “It’s been a long wait to finally have the moment to walk across the graduation stage and celebrate five long years of hard work and studying.

“I studied a subject I’m so in love with, which is Genetics, and so proud to have completed the journey surrounded by the people that helped me along my higher education career.

“I was one of a few women on my course and the only woman of color, and to be able to be a representative of women that look like me in this STEM field is an honor and one I hope many other young girls will follow through also.

“There were many challenges during my time at university, but to have pulled through and still be standing tall with my degree to show for it.

“It is one of my greatest achievements”

Health technology consultant Rehema celebrated with a meal at the Cyan restaurant courtesy of The Grand Brighton Hotel in Brighton, England, with her family.

She added: “I had the lobster for my celebration meal and it was definitely a 10/10. Thank you to Cyan Restaurant for hosting my family and I we had a wonderful time ”

Her success comes after she was previously hounded by her former boyfriend Lorenzo Dixon after they split up in 2019.

Trainee lawyer Dixon followed her for nearly 100 miles on a train and bombarded her with calls, letters, texts, emails, and gifts.

Despite a police warning in 2019, he continued until being charged last July with stalking and harassment, which he admitted in court in February.

Brighton magistrates imposed on him a 12-month non-custodial sentence, 30 hours of rehabilitation, a restraining order, and told him to pay her the near equivalent of 500 British pounds ($600).

Speaking previously, she said: “I would have to say that the most difficult experience that I’ve had in life is having gone through and abusive relationship and it’s not something that people speak about, especially in young women.

“But having gone through a relationship that was abusive it helped me learn more about myself.

“Knowing that I was able to come through that experience, learn more about myself and my worth, who I am as a woman and be able to now use this platform in Miss England, to help other women that maybe in that have been in my position.”