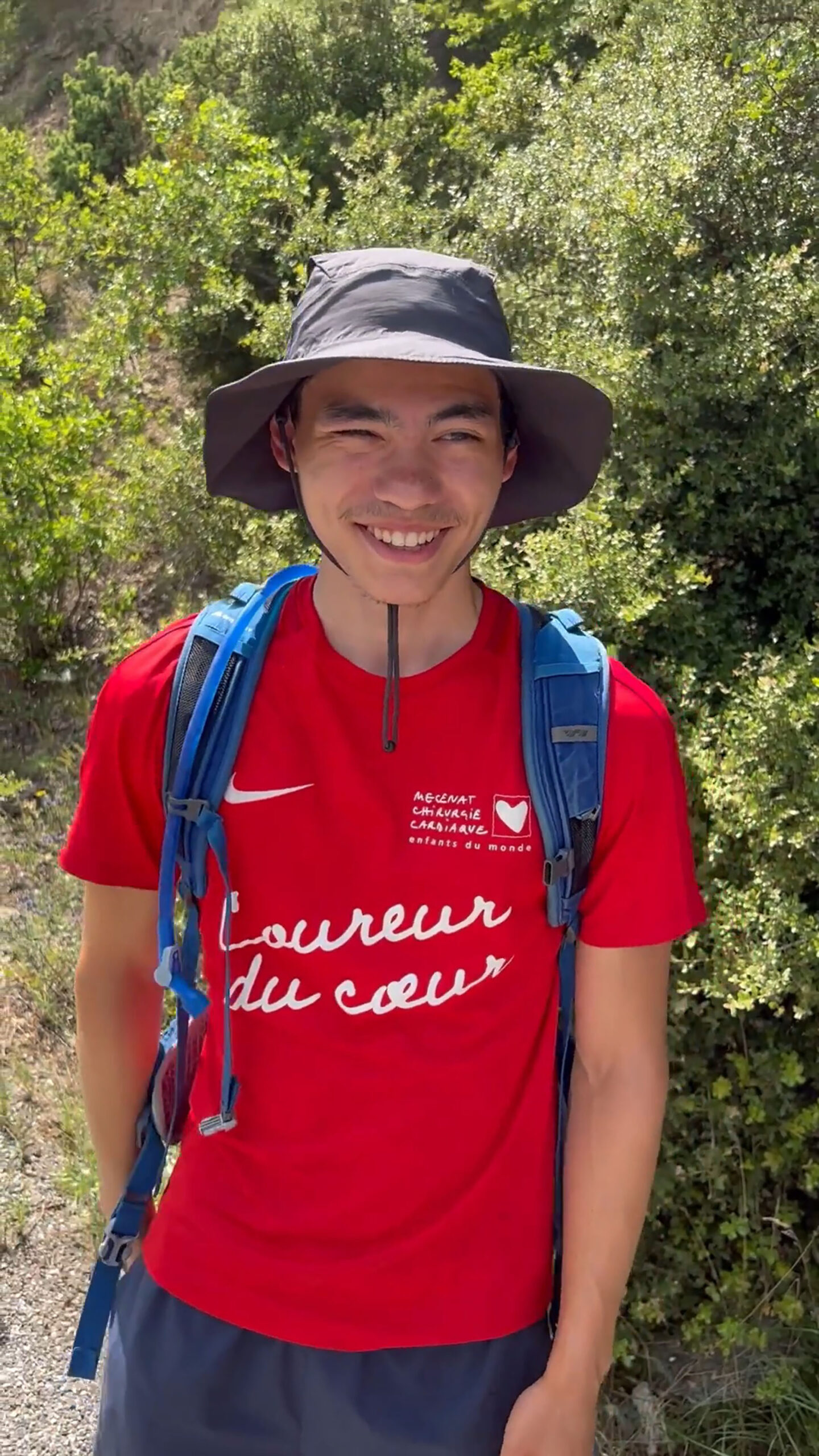 Picture of, Martin, 19, who rode a bike from Paris to Athens for charity, while he explains his motives and answers Macedonian influencer Roberto Navali's questions, in Strumica, Macedonia on June 27, 2022. (@roberto_navali/Zenger)

A teenage cyclist has told how he is cycling 1,800 miles from Paris to Athens to raise money to help children with heart conditions.

The organization raises money for children to travel to France for cardiac treatment when they cannot get expert medical care in their homelands.

Peglion explained: “My goal is to cycle from Paris to Athens and raise 12,000 euros [$12,050] to help as many children as possible live normally.”

North Macedonian influencer Roberto Navali heard about the French teen’s fundraising efforts and interviewed him in Strumica, a town close to the Bulgarian border.

In the video clip, Navali asks him: “Okay bro, tell me where are you from and what are you doing with that bike?”

The fundraising cyclist explains: “My name is Martin, I’m 19 years old, I’m from Paris and I’m going to Athens only on my bike, and I’m doing this for charity.”

Navali saw a TikTok video of the Frenchman cycling 20 kilometers (12 miles) from Strumica and decided to share it on Instagram Stories.

One of Navali’s followers then recognized Peglion when he was having lunch in the area and showed him the influencer’s Instagram Story.

Peglion then reached out to Navali and the pair arranged an interview in Strumica,

Navali explained: “He takes a tent with all his equipment and sleeps wherever he can, mainly in Prilep (North Macedonia’s fourth-largest city).”

The influencer added: “One of my followers called him to invite him to sleep in his yard.”

Peglion wrote: “When we can save a child’s life with a simple surgical operation, we must not hesitate.”

The charitable organization has helped around 3,700 children so far and also provides scholarships and medical training for doctors.

Congenital heart defects (CHDs) are the most common form of birth defect, however infants born with these conditions are living increasingly longer and healthier lives as medical care improves.

Donations can be made at: https://relaisducoeur.mecenat-cardiaque.org/projects/paris-athenes-a-velo