The images were obtained from the 80th Airborne Brigade of the Armed Forces of Ukraine on Monday, July 11. 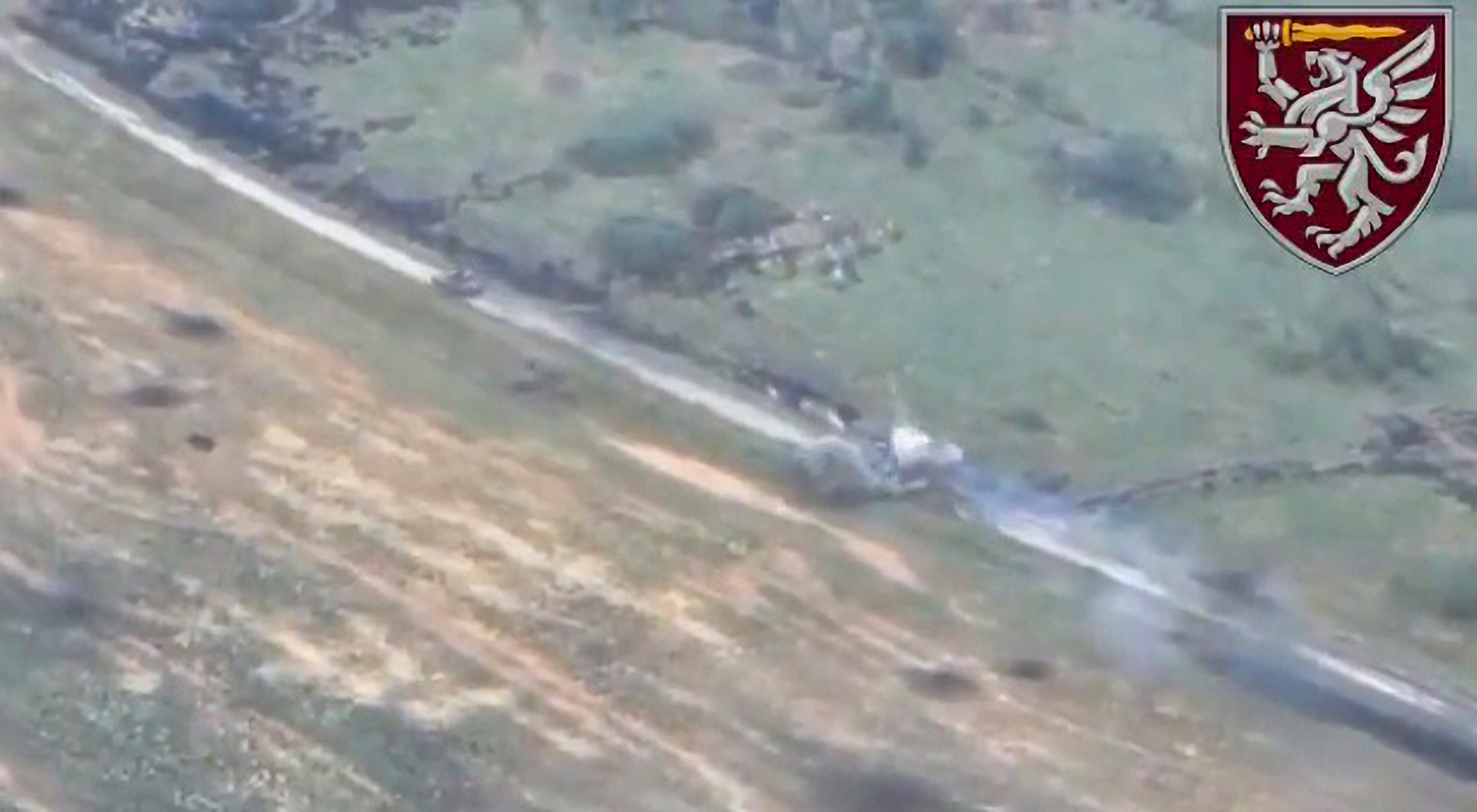 These images show two Russian tanks driving along a road in Ukraine when they are suddenly blown up. Ukrainian troops said that they used a Swedish AT-4, which is an unguided, single-shot, man-portable anti-tank rocket launcher, as well as a Ukrainian rocket launcher.

“Just a few days ago, during a heavy battle, the paratroopers destroyed an entire tank company of the invaders.

“And on July 11, 2022, servicemen of the 80th Brigade, beautifully and with pinpoint precision, with the help of a ‘Stugna’ ATGM [anti-tank guided missile] and a Swedish ‘AT-4’ rocket launcher, hunted down two more enemy tanks.

“The tanks of the invaders caught fire like torches! This means that the struggle for the liberation of Ukraine from the enemy continues successfully.

“Glory to the Airborne Forces! Glory to Ukraine!”

The images were also relayed by the Command of the Airborne Assault Troops and by the Office of Strategic Communications (StratCom) of the Armed Forces of Ukraine.

We contacted the 80th Airborne Brigade of the Armed Forces of Ukraine for further comment, as well as the Russian Ministry of Defense, but haven’t received a reply at the time of writing.