The video was obtained from the 25th Airborne Brigade of the Ukrainian Air Assault Forces. 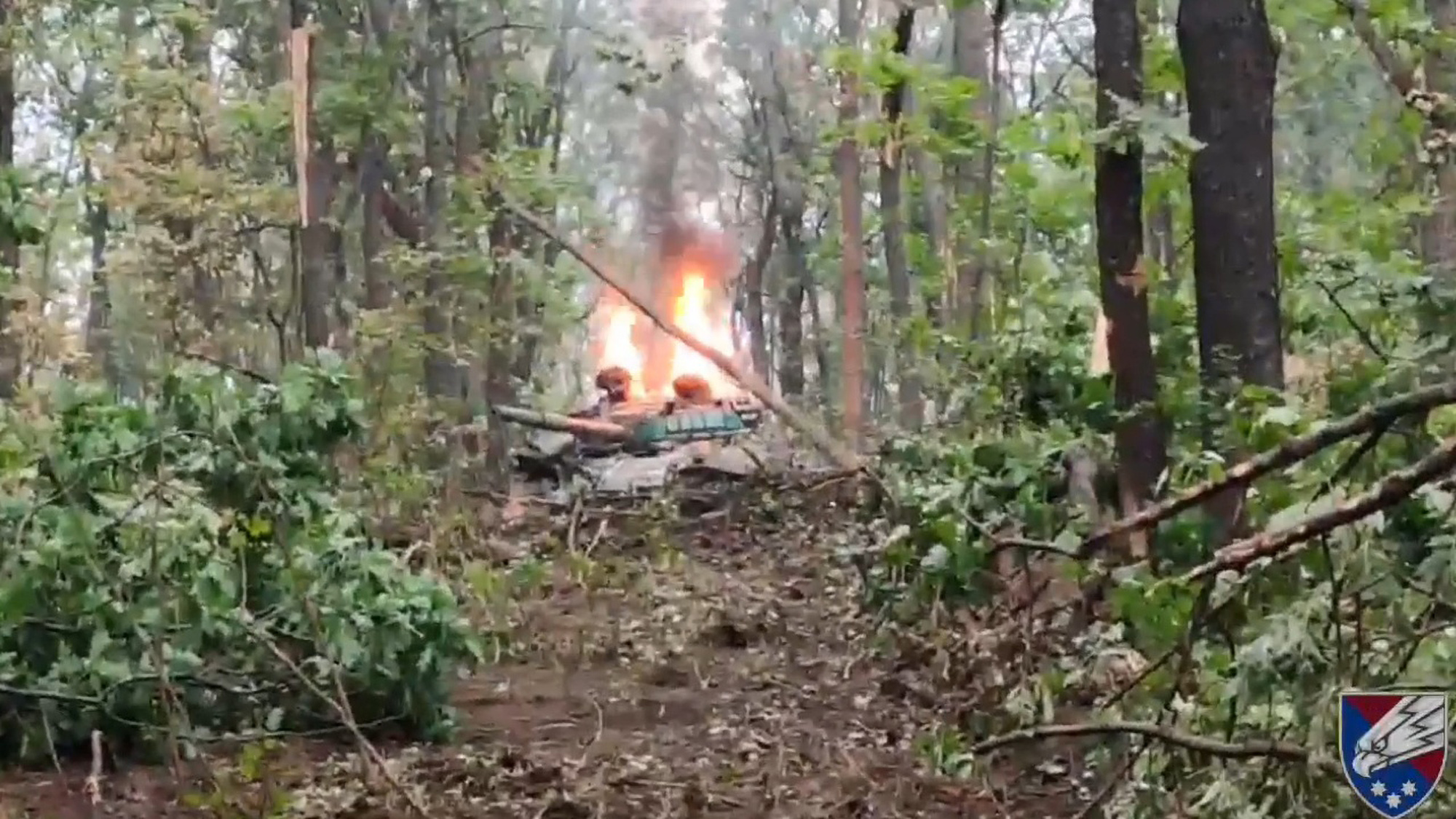 Soldiers of the 25th separate Sicheslav Airborne Brigade spectacularly burned a tank of the Russian invaders in Ukraine. (@dshv25opdbr/Zenger)

A graphic point-of-view video shows a Russian tank burning in a forest with its still-smoking access hatch apparently blown clean off it and flung far away from the war machine.

The footage shows the tank burning some distance away from the person filming after apparently being hit by Ukrainian weaponry, with the camera then panning to the right and showing what appears to be its still-smoking access hatch lying in the forest.

A Ukrainian soldier gives the camera a thumbs-up as the footage ends.

Zenger News obtained the images from the 25th Airborne Brigade – also known as the 25th Separate Airborne Sicheslav Brigade – of the Ukrainian Air Assault Forces, on the morning of Tuesday, July 12, along with a short statement saying: “Good morning, Ukraine! The next Z-dance is on fire from the meeting with Sicheslavtsi! And so it will be with everyone who came to our land! We are working… Glory to the DShV [the Ukrainian Air Assault Forces]!”

It is unclear where exactly in Ukraine the images were filmed, but the 25th Airborne Brigade, in peacetime, is headquartered in Hvardiiske, a town in the Dnipropetrovsk Oblast region in central-eastern Ukraine.

The Command of the Airborne Assault Troops said in a statement: “Sicheslav paratroopers continue to destroy the armored vehicles of the Russian occupiers.

“The video shows how another ‘Z-tank’ burns after a meeting with the soldiers of the 25th Separate Airborne Sicheslav Brigade of the Ukrainian Armed Forces.

“And so it will be with everyone who came with the war to our native land! Death to the Russian invaders! The Air Assault Forces – Always First! Glory to Ukraine!”

We contacted the 25th Airborne Brigade for further comment, as well as the Russian Ministry of Defense, but haven’t received a reply at the time of writing.

Russia invaded Ukraine on February 24 in what the Kremlin is calling a “special military operation.” July 12 marks the 139th day of the invasion.

Reznikov has said that Western weaponry needs to be delivered to Ukraine faster. He said that for every day that they have to wait for howitzers to arrive, the country can lose up to 100 soldiers.

Pavlo Kyrylenko, the governor of Ukraine’s eastern region of Donetsk, has said that 80 per cent of civilians have fled, with about 340,000 people remaining.