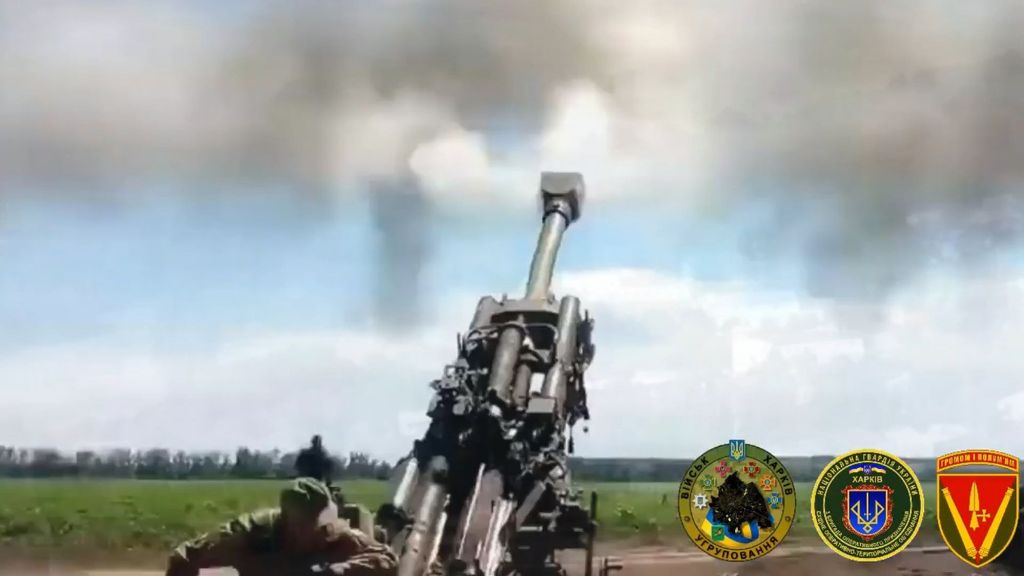 Zenger News obtained the footage from the 40th Separate Artillery Brigade – an artillery formation of the Ukrainian Ground Forces – on July 12.

The brigade said: “A new gesture of goodwill from a truck, a warehouse with ammunition and Nona-K artillery systems on the one hand, and soldiers from the 40th Separate Artillery Brigade together with the Intelligence Department of the headquarters of the Kharkiv troop group, air reconnaissance group and the 3rd Operational Brigade of the National Guard of Ukraine, on the other.

“We hope that all participants enjoyed the meeting.”

We contacted the Artillery Brigade for further comment, as well as the Russian Ministry of Defense, but haven’t received a reply at the time of writing.

Russia invaded Ukraine on 24th February in what the Kremlin is calling a “special military operation”. July 13 marks the 140th day of the invasion.

The U.S. treasury announced on Tuesday that it was sending an additional $1.7 billion in economic aid to Ukraine.

«Previous Post
Ukrainian Commander Always Tells His Troops The Truth About How Hard The Next Mission Will Be»Next Post
Picky Eaters: How Respondents Are Getting Their Pets To Eat Their Food