The footage appears to show a compilation of the actions carried out by the 24th Mechanized Brigade. 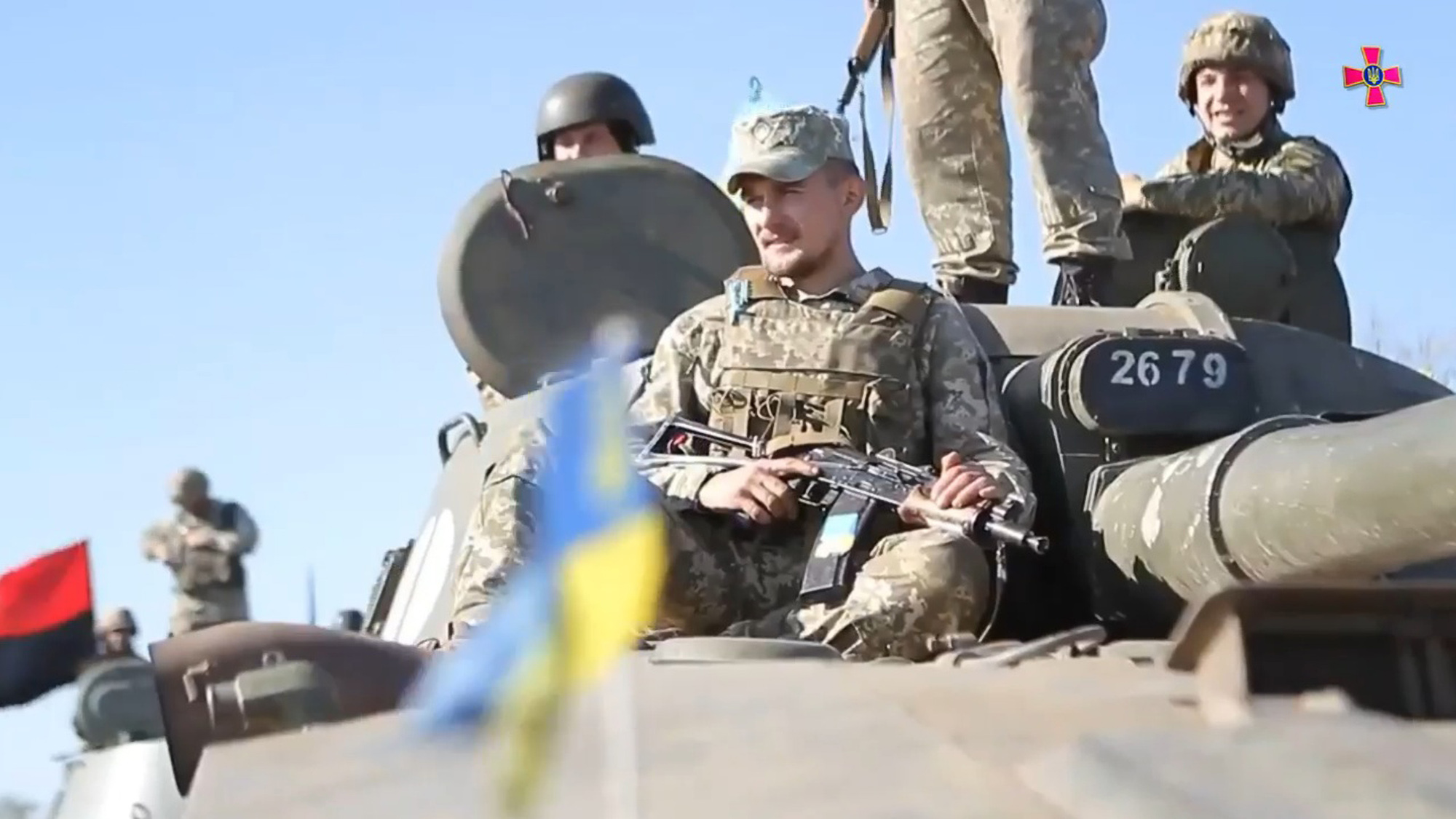 The unit of the 24 separate mechanized brigade named after King Danylo and their brave Commander Roman Mamavko during fulfilling the assigned combat tasks in Popasna, in Ukraine. (@CinCAFU/Zenger)

A Ukrainian Commander and war hero has said that he always tells his troops the truth about how hard their next mission will be and that some might not survive.

But he also said that he tries to make sure every soldier understands why they are doing what they are doing and that he will do everything he can to ensure his country continues to exist and prospers.

Zaluzhnyi added: “Despite heavy losses and daily assaults by the enemy, the unit fulfilled its assigned combat tasks. I appreciate and am proud to stand in the same formation.”

In the footage, Mamavko, who holds the rank of Colonel in the Ukrainian Army, says (in Ukrainian): “I am proud to serve in the 24th brigade and to have the honor of leading this brigade.

“I always tell my soldiers and officers the truth before performing any task, what we had to do, that it will be difficult, that maybe we will lose somebody, and why we are doing it.”

Mamavko, who was awarded the title of ‘Hero of Ukraine’ by Ukraine’s President, Volodymyr Zelensky, in May, added: “And I try making every soldier know and understand why he is doing it, why he is risking his life.

“I will do the maximum for our country to ensure it exists and prospers.

“I will tell my grandchildren about the beautiful views of the Donbas, about beautiful nature, and that it was necessary to fight for this land.

“And that we did it. For our Ukraine.”

Dykun has also since been honored for his actions, being awarded with the Hero of Ukraine title shortly before Mamavko. The Office of the President of Ukraine states in a release on its website: “On March 23, during a battle in the area of the city of Irpenya, he, acting as deputy commander of a joint company, was wounded by a gunshot.

“Despite this, the battle continued, he personally destroyed ten infantrymen, one BMD and one BMP of the enemy.

“Colonel Roman Mamavko of the Ground Forces took command of the brigade after the commander was wounded, and during the two months of full-scale Russian aggression, he perfectly managed its units.”

The images were also relayed by Operational Command ‘West’ of the Ukrainian Armed Forces along with a short statement saying: “Roman Mamavko, commander of the 24th OMBr named after King Danylo, the Hero of Ukraine, is a true military leader.”

Russia invaded Ukraine on February 24 in what the Kremlin is calling a “special military operation”. July 13 marks the 140th day of the invasion.