The images were obtained from the Air Force Command of the Ukrainian Armed Forces on Wednesday, July 13. 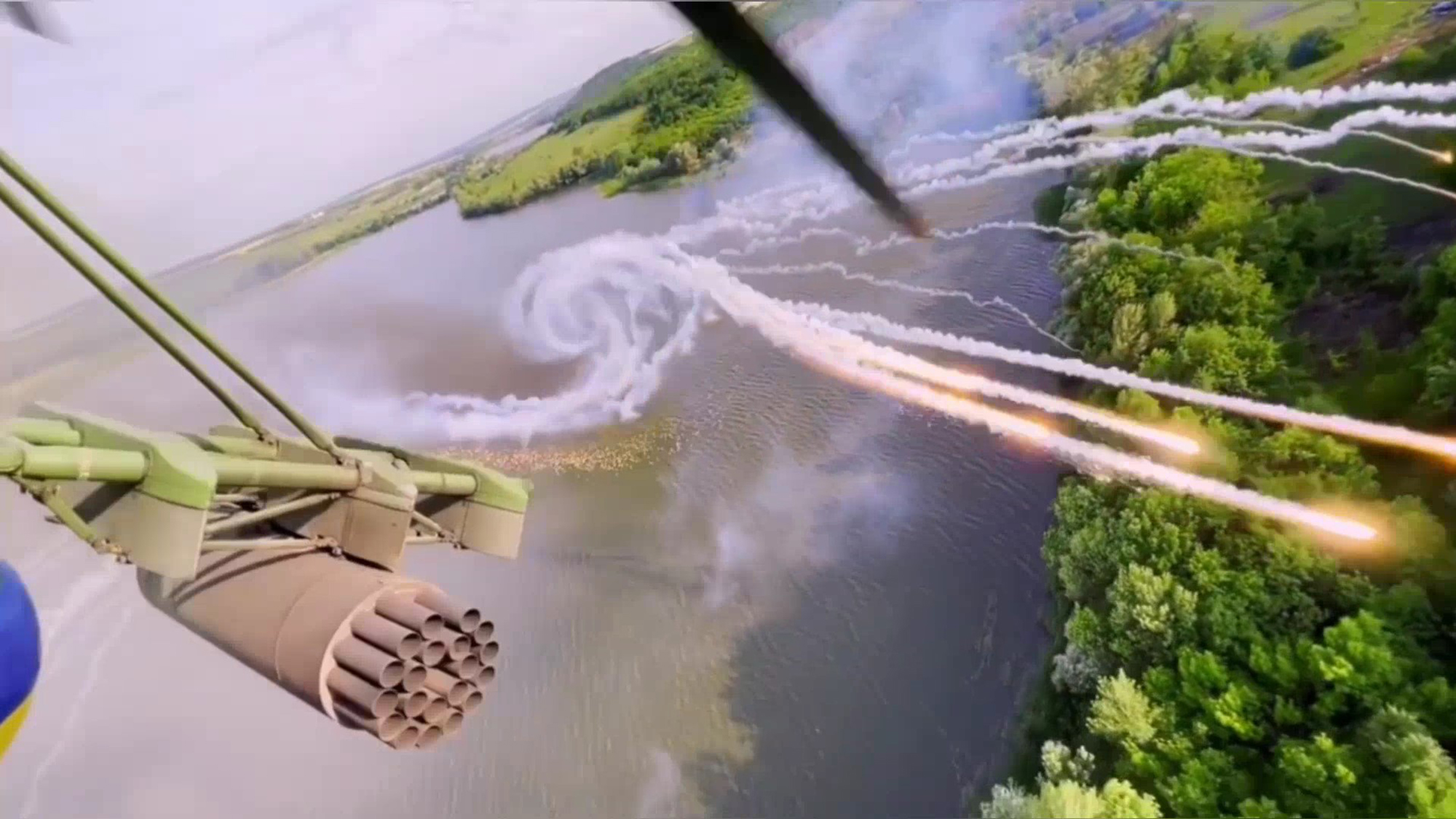 Combat work of Ukrainian helicopter pilots of the Air Force and army aviation of the Ground Forces of AFU in Ukraine. (@kpszsu/Zenger)

Ukrainian attack helicopters took out Russian targets on the ground while their Air Force’s fighter jets protected the skies above, as these images show.

The Ukrainian attack helicopters can be seen taking part in combat operations in Ukraine and neutralizing Russian military targets. Other images show Ukraine’s fighter jets patrolling the skies above the country.

The images were obtained from the Air Force Command of the Ukrainian Armed Forces on Wednesday, July 13, along with a statement saying that they have carried out 1,700 strikes on the invading forces since the beginning of the war.

“The rockets were aimed at the coastal zone of Odessa.

“The missiles did not achieve their goals, but this once again proves that Russia continues its naval blockade of Ukrainian ports, exacerbating the world food crisis.

“Anti-aircraft missile forces of the Air Force continue to control the airspace, keeping the occupiers’ aircraft at a distance. During the day, one aerial target was destroyed – an operational-tactical UAV, which the enemy used to carry out aerial reconnaissance.

“Meanwhile, the strike aircraft of the Air Force destroys the ammunition depot of the enemy group of troops in the South-Buzka direction. Also, Su-25 attack aircraft and Su-24M bombers struck a cluster of weapons and military equipment in the Izyum and Donetsk directions.

“Up to thirty units of equipment of the occupying forces were destroyed.

“In total, since the beginning of the full-scale invasion of Russia, the strike aircraft of the Air Force conducted 1,700 group airstrikes against the positions, warehouses, equipment and manpower of the Russian occupying forces.

“Glory to Ukraine! Together to victory!”

The Air Force accompanied the footage of its fighter jets with “My spear, like a beam, cuts through the clouds. God’s punishment has come!”

It is a line from the song ‘Warrior’ by Ukrainian rap and hip-hop artist Oleksandr Yarmak, 30, whose stage name is stylized as ‘YarmaK’. The song is about how a son has gone to war to protect Ukraine while his mother is at home, crying and waiting for him, praying for his life to be spared.

We contacted the Air Force Command of the Ukrainian Armed Forces for further comment, as well as the Russian Ministry of Defense, but haven’t received a reply at the time of writing.

Russia invaded Ukraine on February 24 in what the Kremlin continues to call a “special military operation.” July 13 marks the 140th day of the invasion.