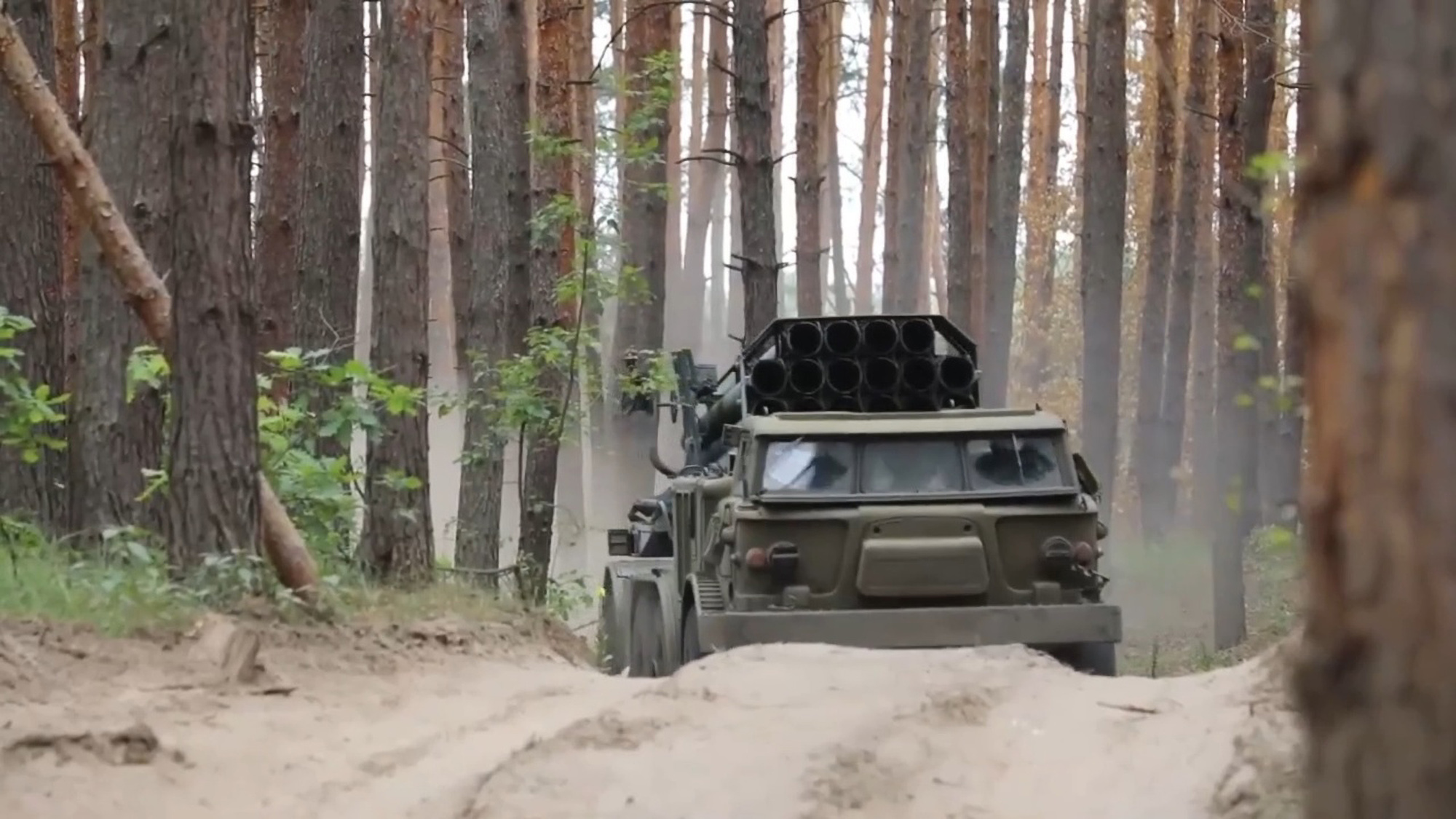 Combat work of Russian crews of multiple launch rocket systems Hurricane of the Western Military District in the performance of fire missions to destroy AFU positions in Ukraine. (Russian Ministry of Defence/Zenger)

The Russian Ministry of Defense has claimed that new footage shows their troops sending a volley of missiles at unseen Ukrainian targets with an Uragan multiple rocket launcher (MLRS) vehicle.

The Russian military claimed crews from its Western Military District used the 220-mm Uragan MLRS to destroy Ukrainian targets after receiving the coordinates from spy drones and gathering intelligence data.

The Western Military District is one of five military districts that make up the Russian Armed Forces. Its jurisdiction primarily covers the western-central region of European Russia.

The Russian Ministry of Defense (MoD) claimed in a statement obtained on Tuesday, July 12: “Combat work of the crews of the ‘Uragan’ multiple launch rocket system of the Western Military District in firing operations to destroy the positions of the Armed Forces of Ukraine during the special military operation.

“After receiving the coordinates of the targets from the unmanned aircraft teams and intelligence data, the crews of the 220-mm Uragan MLRS of the Western Military District struck at the identified enemy positions.”

Zenger News has not been able to independently verify the claims.

Russia invaded Ukraine on February 24 in what the Kremlin is calling a “special military operation.” July 13 marks the 140th day of the invasion.

Russian President Vladimir Putin is set to visit Iran next week to hold talks with Turkish President Recep Tayyip Erdogan. The meeting comes as the Biden administration accuses Iran of preparing to provide Russia with hundreds of military drones for use in Ukraine.