The 36th Separate Marine Brigade said on July 12:“While in the enemy's rear, one after another, military depots burst into flames.
By Lee Bullen July 14, 2022
Facebook
Twitter
Linkedin
Email 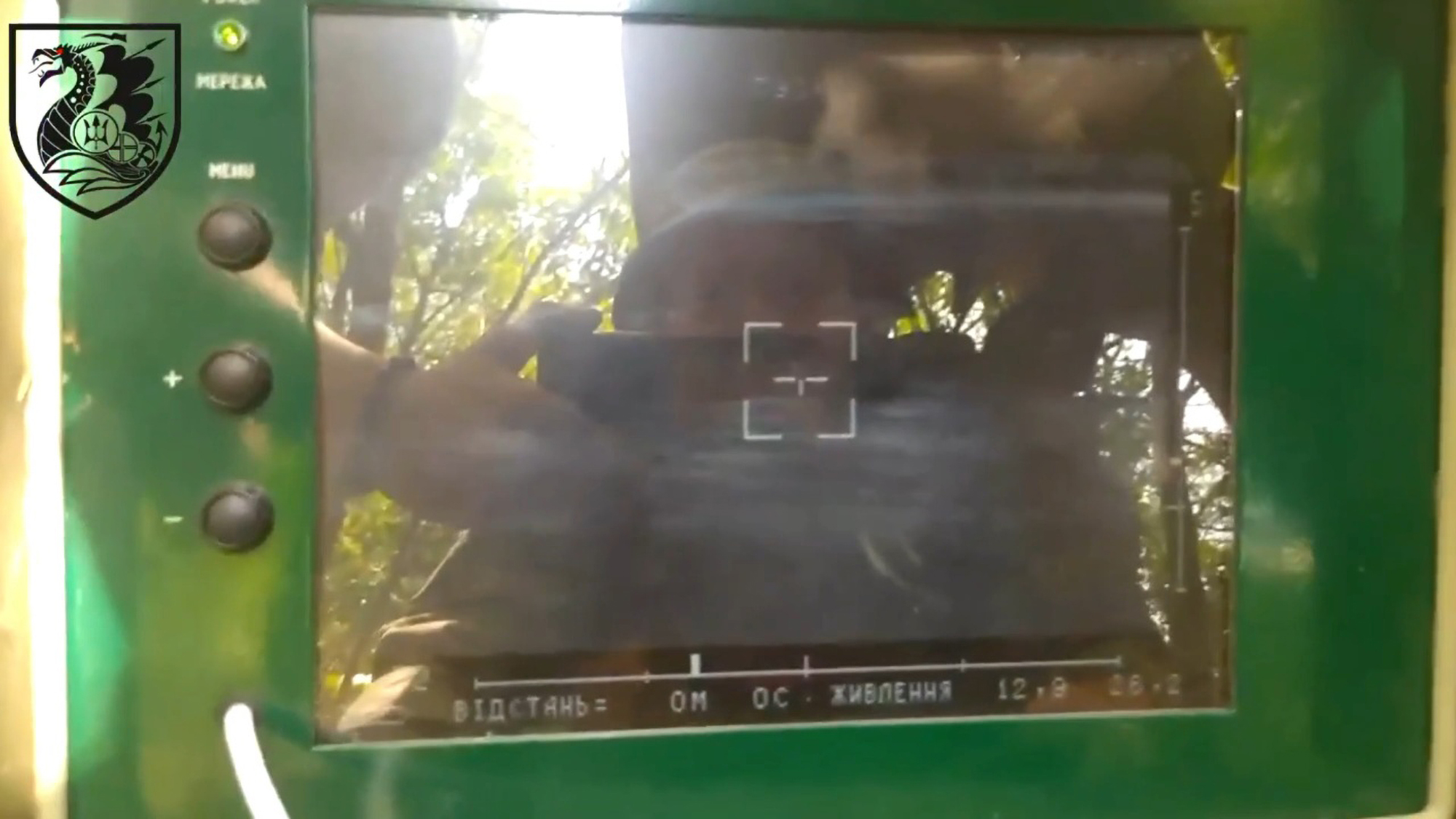 Ukrainian marines pinpointed a Russian target on the screen before unleashing a missile and apparently destroyed it.

The 36th Separate Marine Brigade said on July 12: “While in the enemy’s rear, one after another, military depots burst into flames.

“The Mykolaiv marines of the 36th Separate Marine Brigade, named after Rear Admiral Mykhailo Bilynskyi, destroyed the enemy’s ammunition in the fields of Kherson region.

“And the Ukrainian ‘Stugna-P’ ATGM helps them do this – a system that proves its effectiveness in the skilful hands of our marines.”

The brigade added: “We are confidently approaching the Victory of Ukraine in the fight against the Russian invaders.”

We contacted the 36th Separate Marine Brigade for further comment, as well as the Russian Ministry of Defense, but haven’t received a reply at the time of writing.

Russia invaded Ukraine on February 24 in what the Kremlin is calling a “special military operation”. July 13 marks the 140th day of the invasion.

The U.S. treasury announced on Tuesday that it was sending an additional $1.7 billion in economic aid to Ukraine.

«Previous Post
Wheel Good Hearted: Teen Cycles From Paris To Athens To Help Young Heart Patients»Next Post
Ukrainian Commander Always Tells His Troops The Truth About How Hard The Next Mission Will Be