The video was obtained from the 36th Separate Marine Brigade of the Ukrainian Navy. 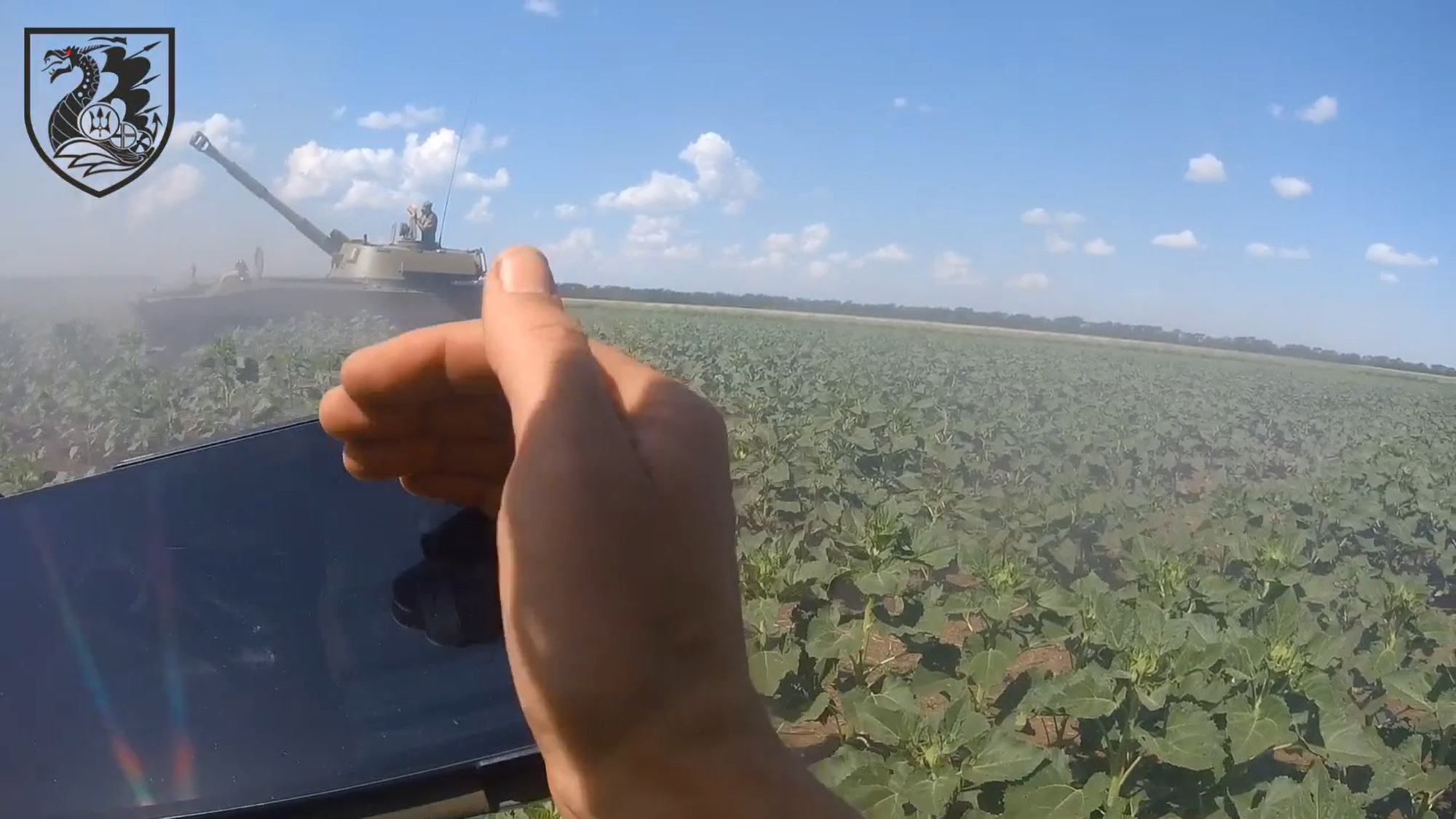 The Ukrainian brigade said on July 9: “Marcus, senior officer of a battery of the self-propelled division of the 36th Separate Marine Brigade, named after Rear Admiral Mykhailo Bilinsky, skilfully carries out exercises with a 2S1 ‘Gvozdika’.

“The ‘122-mm symphony’ he ‘conducts’ fills the occupiers with terror and sends them running.

“Today, we shared a short video of the work of the Marines’ self-propelled guns, which I am sure you will like. In the near future, we will introduce you to Marcus’ work more closely.”

We contacted the 36th Separate Marine Brigade for further comment, as well as the Russian Ministry of Defense, but haven’t received a reply at the time of writing.

Russia invaded Ukraine on February 24 in what the Kremlin continues to call a “special military operation.” July 12 marks the 139th day of the invasion.

At least six people have died after Russian rockets hit Kharkiv, in north-eastern Ukraine, on Monday morning. And Oleksandr Syenkevych, the Mayor of Mykolaiv, in south-western Ukraine, has said that at least four people were injured by shelling on the morning of Tuesday, July 12.