Howl’s About A Cuddle: Pet Wolf Who Just Wants To Play 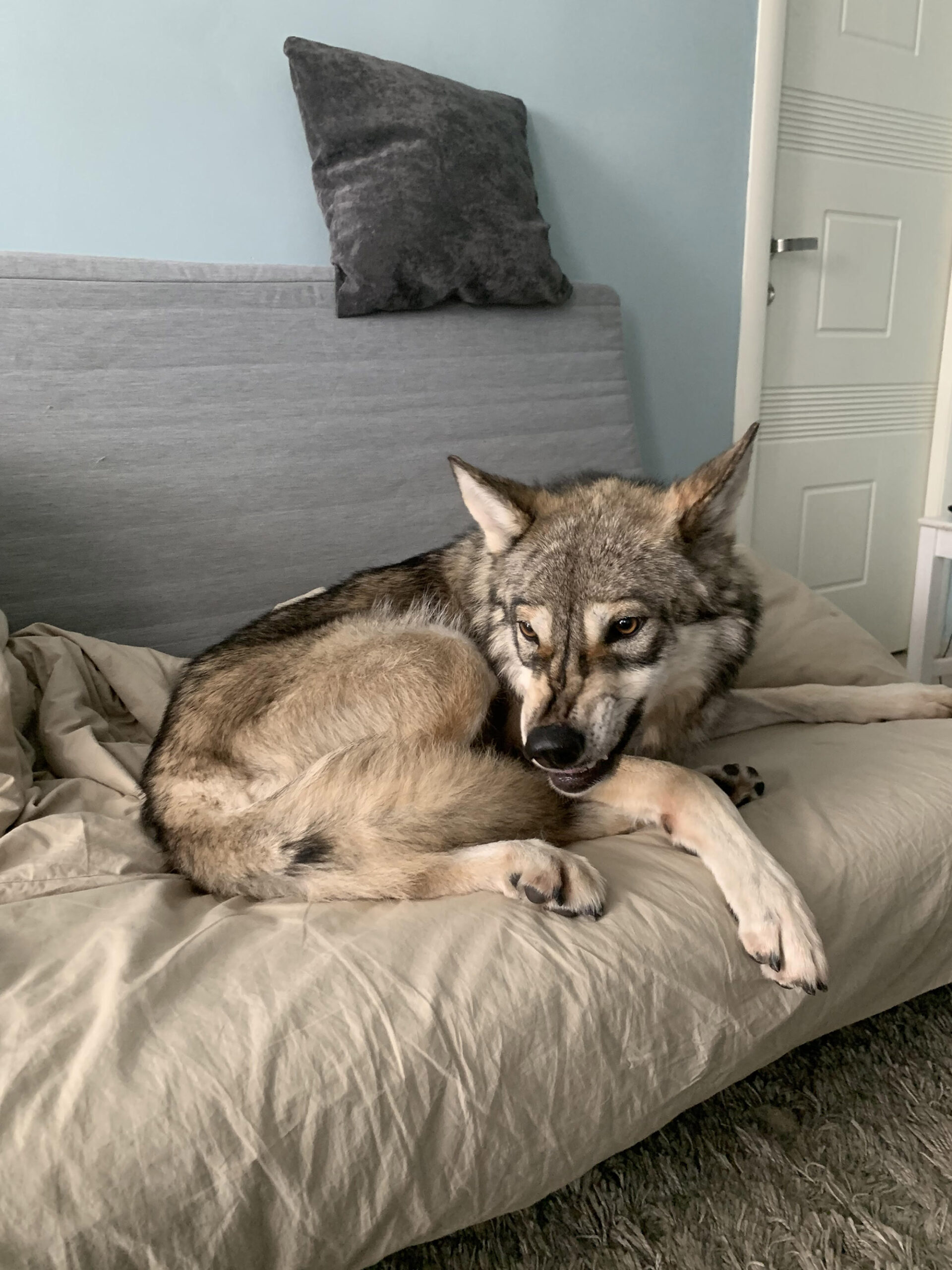 Picture of Kira the wolfdog while her attention is elsewhere. (@she.s.a.wolf/Zenger)

Meet Kira the full-grown wolf-dog hybrid who likes to play games with her owner’s son and frolic with pooches in the park.

Alida, 31, and her son Bogdan show off Kira’s amazing domestic life in Ufa, Russia, on her own Instagram page ‘She’s A Wolf’ where she has 63,000 followers.

As well as humans, Kira also shares the home peacefully with the family cat Splyushka.

Alida says Kira’s mom was a grey wolf and her dad was a hybrid of a Canadian wolf and an Alaskan malamute.

Alida, who runs a pastry shop, told Zenger News that Kira is now two years old, but is still very young and is expected to be ready to start a family next spring.

“We all live in the capital of the Republic of Bashkortostan, in our apartment, not in a private house.

“Bogdan and Kira often play together. They sometimes even snitch on each other when I come home.

“Kira has never shown aggression towards people, contrary to the general misconception, wolves are neophobes and are afraid of people.”

Videos of Kira at play show her having play fights with Bogdan as she grips his wrist with her powerful jaws but always lets him go.

Another clip shows her obediently following her training in return for tasty treats.

Alida said: “We have gone through a long process of socialization and upbringing with her, so she can live comfortably in an urban environment, among noise, cars, crowds of people, and so on.

“She is very good with other animals, she does not like conflicts, and often breaks up dog fights.

“She does not allow dogs to approach me or Bogdan.

“If a crowd of dogs gathers, the first thing she does is divide them so they cannot form a pack and she controls the situation.”

When asked why she chose a wolf over a family dog, Alida told Zenger News. “I don’t really like dogs to be honest, they bit me on my face and hand in the past.

“Dogs are too attached to people, their love is sticky.

“I like that the love of hybrids and wolves is absolute and does not require constant confirmation at all, but this is only my opinion, I don’t see anything wrong with dogs,

“I think people generally get on with them, breeding different breeds for the sake of beauty, exhibition and so on.”

She added: “In general, life with a wolf in the city is very difficult and requires patience. I put a lot of effort into her socialization and upbringing, and I am proud of how she grew up – kind, beautiful and completely non-confrontational for the environment, but able to defend her boundaries.”

«Previous Post
A Cut Above: Group Of Friends Took A Cardboard Cutout Of Their Late Friend On A Trip»Next Post
Blue Wonder: Fisherman Shows Off His Ocean Beauties