Hot Rock: World’s Oldest Martian Meteorite Has Been Traced To The Precise Crater Where It Originated

“For the first time, we know the geological context of the only brecciated Martian sample available on Earth.” 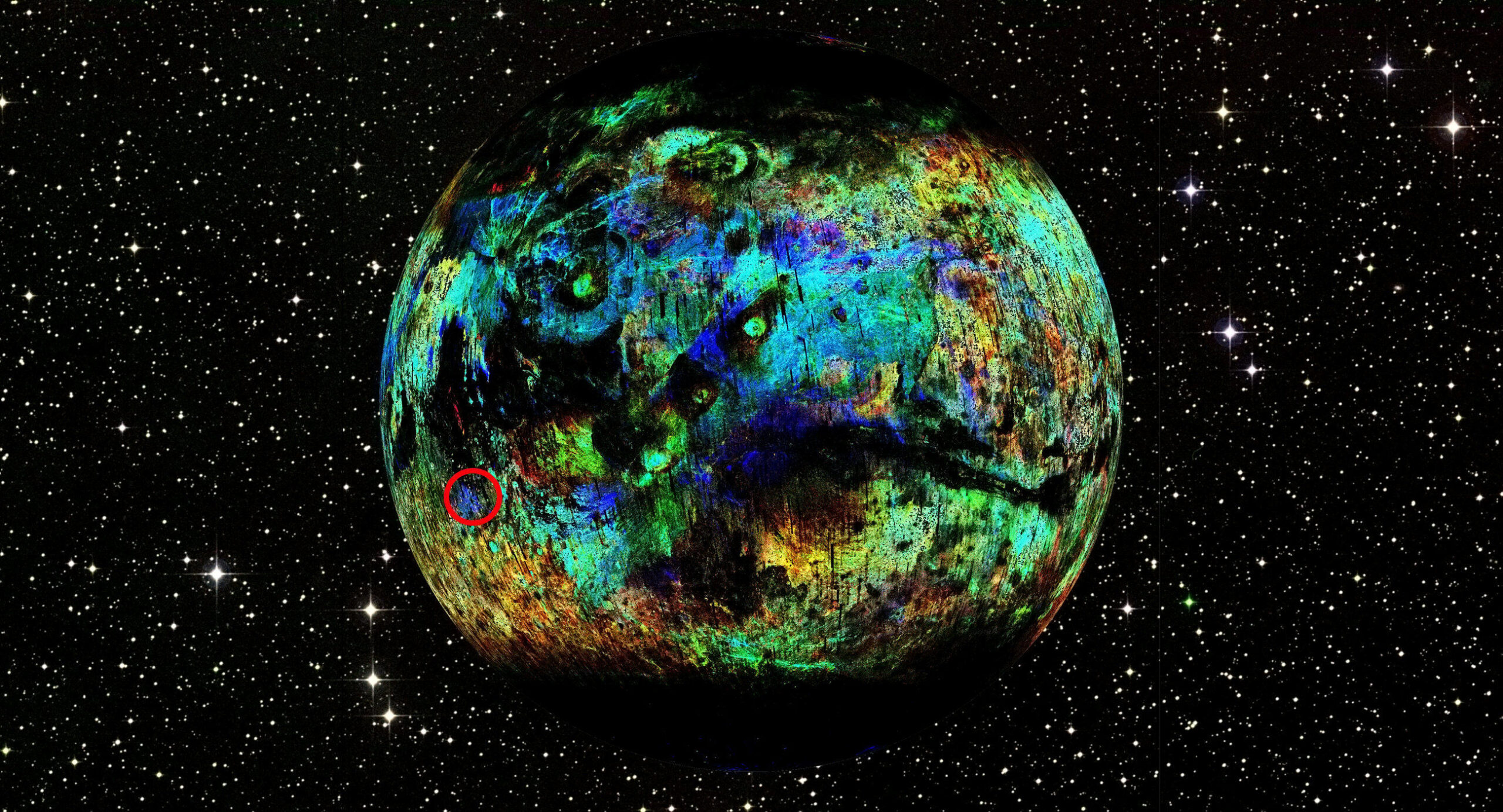 The world's oldest Martian meteorite has been traced to the precise crater where it originated. (Steve Chatterley, SWNS/Zenger)

The world’s oldest Martian meteorite has been traced to the precise crater where it originated.

Named Black Beauty, it formed almost 4.5 billion years ago and adds to evidence the Red Planet was once habitable.

The famous space rock found in the western Sahara formed part of a primordial crust that hosted oceans of water.

Now an international team has pinpointed its exact home.

They used a supercomputer to track its creation on the red planet in a province known as Terra Cimmeria-Sirenum.

The location in the southern hemisphere of the planet has many gullies that could have been carved by flowing rivers. Black Beauty contains more water than other Martian meteorites.

The crater Back Beauty is from has been named Karratha after a city in the Pilbara area of Western Australia renowned for its remarkably preserved rock formations.

Lead author Dr. Anthony Lagain, of Curtin University, Perth, Australia said: “For the first time, we know the geological context of the only brecciated Martian sample available on Earth, 10 years before the NASA’s Mars Sample Return mission is set to send back samples collected by the Perseverance rover currently exploring the Jezero crater.”

The international team want NASA to prioritize the area around Karratha Crater as a future landing site on Mars.

Perseverance landed on Christmas Day. It is currently drilling for potential past signs of life.

“The region we identify as being the source of this unique Martian meteorite sample constitutes a true window into the earliest environment of the planets, including the Earth, which our planet lost because of plate tectonics and erosion.”

The study in the journal Nature Communications offers never-before-known details about the Black Beauty – known scientifically as NWA 7034.

It is the only brecciated Martian sample on Earth – meaning angular fragments of multiple rocks cemented together. All others contain single types.

Black Beauty’s ejection site was found through analyzing thousands of high-resolution images from a range of Mars missions.

Dr. Lagain and colleagues found the Karratha crater was formed five to 10 billion years ago when an asteroid smashed into Mars.

It propelled the chunk of ancient Martian crust into space which eventually crashed into the African desert.

Remains of Black Beauty were discovered in Western Sahara, Africa in 2011. It was made when the crusts of both Earth and Mars were still young.

Now we know the source, researchers can compare the formation of both planets. The technology will identify the source of other Martian meteorites – and billions of impact craters on Mercury and the Moon.

It paves the way to locate the ejection site of other Martian meteorites to assemble the most exhaustive view of the Red Planet’s geological history.

More than 300 Martian meteorites have been found on Earth to date.

Co-author Professor Gretchen Benedix, also from Curtin, said: “We are also adapting the algorithm that was used to pinpoint Black Beauty’s point of ejection from Mars to unlock other secrets from the Moon and Mercury.

“This will help to unravel their geological history and answer burning questions that will help future investigations of the Solar System such as the Artemis program to send humans on the Moon by the end of the decade or the BepiColombo mission, in orbit around Mercury in 2025.”

Black beauty is less than two inches long and weighs about 11 ounces. It is owned by a private collector – and valued at up to $118,900.

«Previous Post
Historic Church To Be Transformed Into Luxury Home»Next Post
I Like To Move It: Unique Ways Americans Incorporated Physical Activity Into Their Daily Routines