“These events represent our shared experience and sensibility. We see ourselves reflected in them – often at our best, sometimes at our worst.” 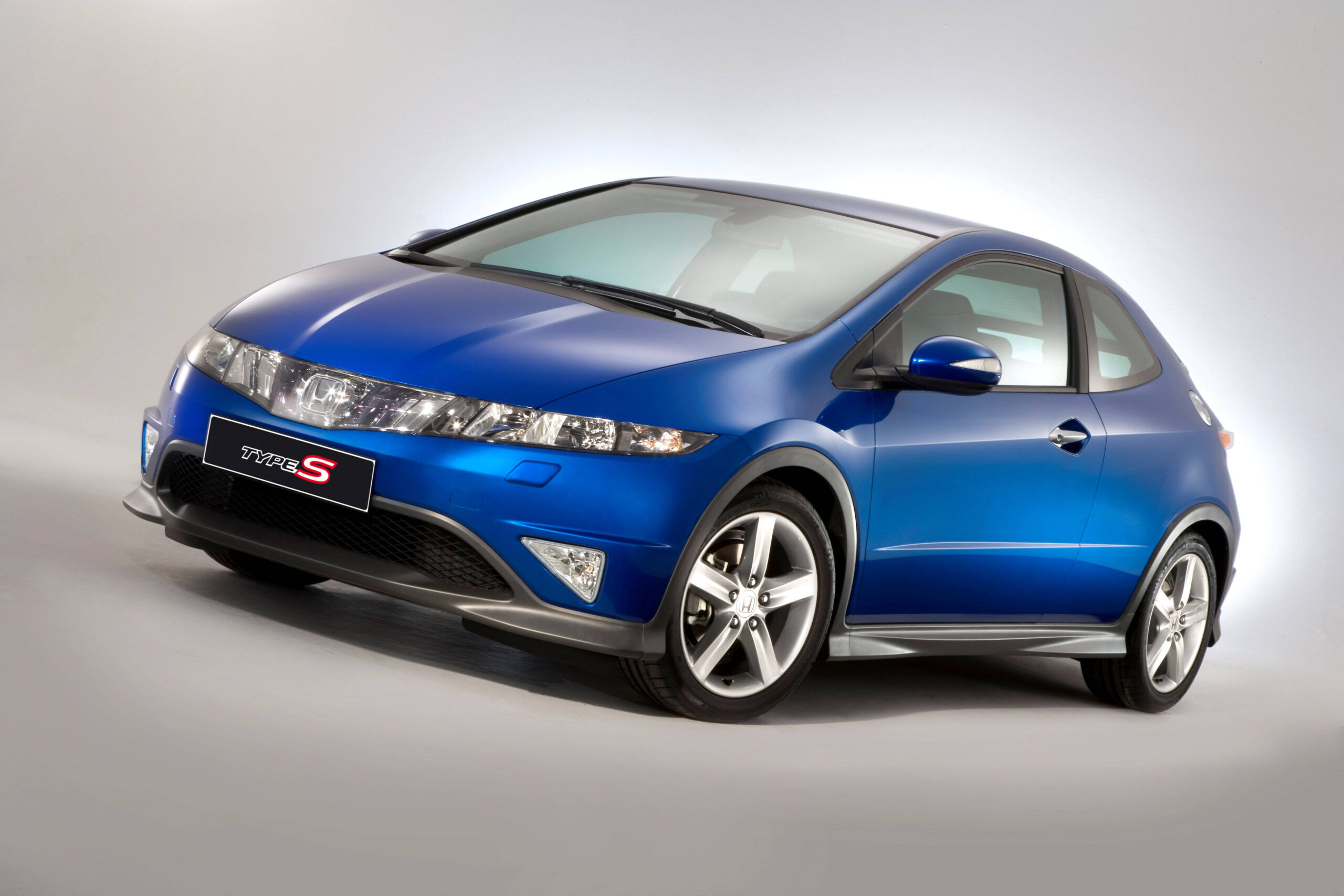 Live Aid, the opening of the Channel Tunnel and Abba’s 1974 Eurovision win have been named among the top 50 most significant cultural moments of the last half century. (Jon Mills, SWNS/Zenger)

Live Aid, the opening of the Channel Tunnel, and Abba’s 1974 Eurovision win have been named among Britain’s top 50 most significant cultural moments of the last half century.

London’s first Gay Pride march and the release of David Bowie’s iconic ‘The Rise and Fall of Ziggy Stardust and the Spiders From Mars’ – both in 1972 – were the first events to make the list.

The ’80s boasted the highest number of cultural highs – 14 – including the famous English ice skaters Torvill and Dean’s unforgettable ice skating performance at the Winter Olympics, the launch of satellite TV, and the debut episode of the popular British soap opera EastEnders.

Other significant events included the Sex Pistols’ first gig (1975), the Queen opening Buckingham Palace to the public (1993), the publication of the first Harry Potter book and the appearance of Banksy’s first mural (both 1997).

This year’s re-emergence of Kate Bush’s ‘Running Up That Hill’, thanks to the latest ‘Stranger Things’ season on Netflix, also made the list.

Ruth Adams, senior lecturer in cultural & creative industries at King’s College London, was commissioned by Honda to curate the list to mark the 50th anniversary of the Honda Civic.

The car, which launched on July 12, 1972, has gone on to sell over 27.5 million units worldwide, with order books for the 11th generation hybrid model opening on July 12.

Ruth Adams said: “Certain cultural events take on a significance not just for the individuals who were there, they become part of our collective memory and identity.

“These events represent our shared experience and sensibility. We see ourselves reflected in them – often at our best, sometimes at our worst.

“They shape what sociologist Benedict Anderson described as the ‘imagined community’ of a nation, the ‘social glue’ that binds us together.

“The mass media and, latterly, social media have brought these events into our homes and on to our screens giving us a sense of togetherness with others in this national audience. The U.K. has become a ‘smaller’ country over the past half century. We are ‘closer’ to one another than ever before.

“Car ownership becoming a reality for most has allowed people to travel more freely than previous generations, broadening outlooks and facilitating mass participation in leisure and culture.

“Opportunities have been seized to transform cultural moments into enduring movements, with a capacity to change attitudes and even legislation, making manifest a vision of a more mobile, diverse and tolerant culture.”

A OnePoll survey of 2,000 people, commissioned by Honda, revealed which life events they associated with the car they had at the time, with first jobs (22 percent), being on holiday (20 percent) and having a child (19 percent) emerging top.

In addition, 41 percent said they go for a drive to process a big piece of news and nearly a third (30 percent) said they were in the car listening to the radio when a major world event happened.

Rebecca Adamson, head of automobile at Honda, said: “Fifty years and eleven versions of Civic has given us the opportunity to reflect on what was happening at the time, and exponential progress in so many aspects of society.

“Cars have been part of our movement, and although the cars we drive have constantly evolved over the last five decades, the emotional attachment we feel with them, and the association of memories with them, is timeless.”

1972 – London’s first Gay Pride march takes place
1972 – David Bowie releases ‘The Rise & Fall of Ziggy Stardust & the Spiders from Mars
1973 – Slade’s ‘Merry Xmas Everybody’ takes the Christmas No.1 slot for the first time
1974 – ABBA wins Eurovision Song Contest with ‘Waterloo’ at the Brighton Dome
1975 – The Sex Pistols play their first-ever live show
1977 – Saturday Night Fever brings disco to the cinema
1977 – Star Wars takes UK cinemas by storm
1979 – The UK elects the first-ever female Prime Minister
1980 – The Rubik’s Cube launches in the UK
1980 – PacMan computer game is released
1981 – MTV launches with the first video being ‘Video Killed the Radio Star’
1981 – The first London Marathon and Great North Run take place
1982 – Channel 4 launches on November 2
1983 – Breakfast TV launches on BBC1 at 06:30 on January 17
1984 – London Fashion Week launches at Olympia
1984 – Torvill and Dean make history with their ice skating performance at the Winter Olympics
1984 – Satellite TV launches in the UK
1984 – Band Aid is formed and releases ‘Do they Know It’s Christmas’
1985 – The first episode of Eastenders airs on BBC One
1985 – The original Live Aid event is held at Wembley Stadium
1987 – Scott (Jason Donovan) and Charlene (Kylie Minogue) marry in ‘Neighbours’
1988 – Acid House scene erupts across the UK, leading to the birth of rave culture
1991 – Linda McCartney launches the first meat-free food range in UK supermarkets
1993 – The Queen announces the opening of Buckingham Palace to the public for the first time
1994 – The Channel Tunnel (or ‘Chunnel’ as it was known) opens, connecting the UK to mainland Europe by road
1994 – First television broadcast of Glastonbury Festival
1995 – Damien Hirst wins The Turner Prize
1996 – Girl Power movement begins with the arrival of The Spice Girls
1996 – England hosts and reaches semi-finals of Euro 96, with ‘Three Lions’ becoming the unofficial national anthem
1997 – The first Harry Potter book, ‘Harry Potter and the Philosopher’s Stone’ is published, introducing a new generation to reading
1997 – New Labor comes to power, with D:Reem’s ‘Things Can Only Get Better’ as the theme tune
1997 – Banksy’s first mural appears in Bristol
2000 – The first series of Big Brother launches in the UK
2000 – The first home broadband service is installed in Basildon
2000 – Tate Modern opens in London, attracting over 40 million visitors since launch
2002 – The first season of Pop Idol airs, with Will Young declared the winner
2003 – England wins the Rugby World Cup
2004 – The first season of Strictly Come Dancing airs, won by Natasha Kaplinsky and Brendan Cole
2005 – YouTube launches, changing the way videos are shared and watched
2010 – The first episode of The Great British Bake Off is aired on BBC Two
2011 – 50 Shades of Grey is released and becomes the best-selling British book of all time
2011 – Prince William marries Kate Middleton
2012 – London bathes in the glory of the Olympics and the Queen’s Diamond Jubilee
2013 – Disney’s ‘Frozen’ inspires kids worldwide&mldr; cue the singing of ‘Let it Go’
2014 – Everyone (it seemed!) did the Ice Bucket Challenge
2014 – The first same-sex marriages take place in the UK
2017 – TikTok launches, bringing dance routines to social media
2020 – Sir Captain Tom Moore achieves a UK no.1 cover with ‘You’ll Never Walk Alone’ alongside Michael Ball
2021 – England hosts, and reaches the final of the Euros
2022 – ‘Stranger Things’ sends Kate Bush’s ‘Running Up That Hill’ to No.1 37 years since it launched

1972 – Civic Gen 1 launches on July 12, and goes on to sell 27.5 million units over the next 50 years
1979 – Civic Gen 2 is launched, and the range extends to include a sedan, hatchback and wagon
1983 – Honda debuts the Civic Gen 3, with a wider wheelbase and more angular design
1987 – A new range of engines accompanies the Civic Gen 4, featuring Honda’s VTEC (Variable Valve Timing and Lift Electronic Control) system
1991 – The Civic Gen 5 debuts a sleeker and more aerodynamic form
1995 – Civic Gen 6 arrives, and in 1997 the first performance-focused Civic Type-R is unveiled
2000 – A new Civic is launched for the new millennium, the Civic Gen 7 which adds hybrid technology in 2001
2005 – The Civic Gen 8 offers even more futuristic styling, making it one of the most distinctive cars on the road
2011 – The Civic Gen 9 blends strong performance and efficiency with improved interior comfort
2017 – The all-new Civic Gen 10 arrives, and is a major leap forward
2022 – Civic Gen 11 completes Honda’s 2022 ‘Electric Vision’ commitment to electrify all mainstream models