'Rashist' is a term that is often used by the Ukrainian forces when referring to the Russian invaders.
By Lee Bullen July 14, 2022
Facebook
Twitter
Linkedin
Email 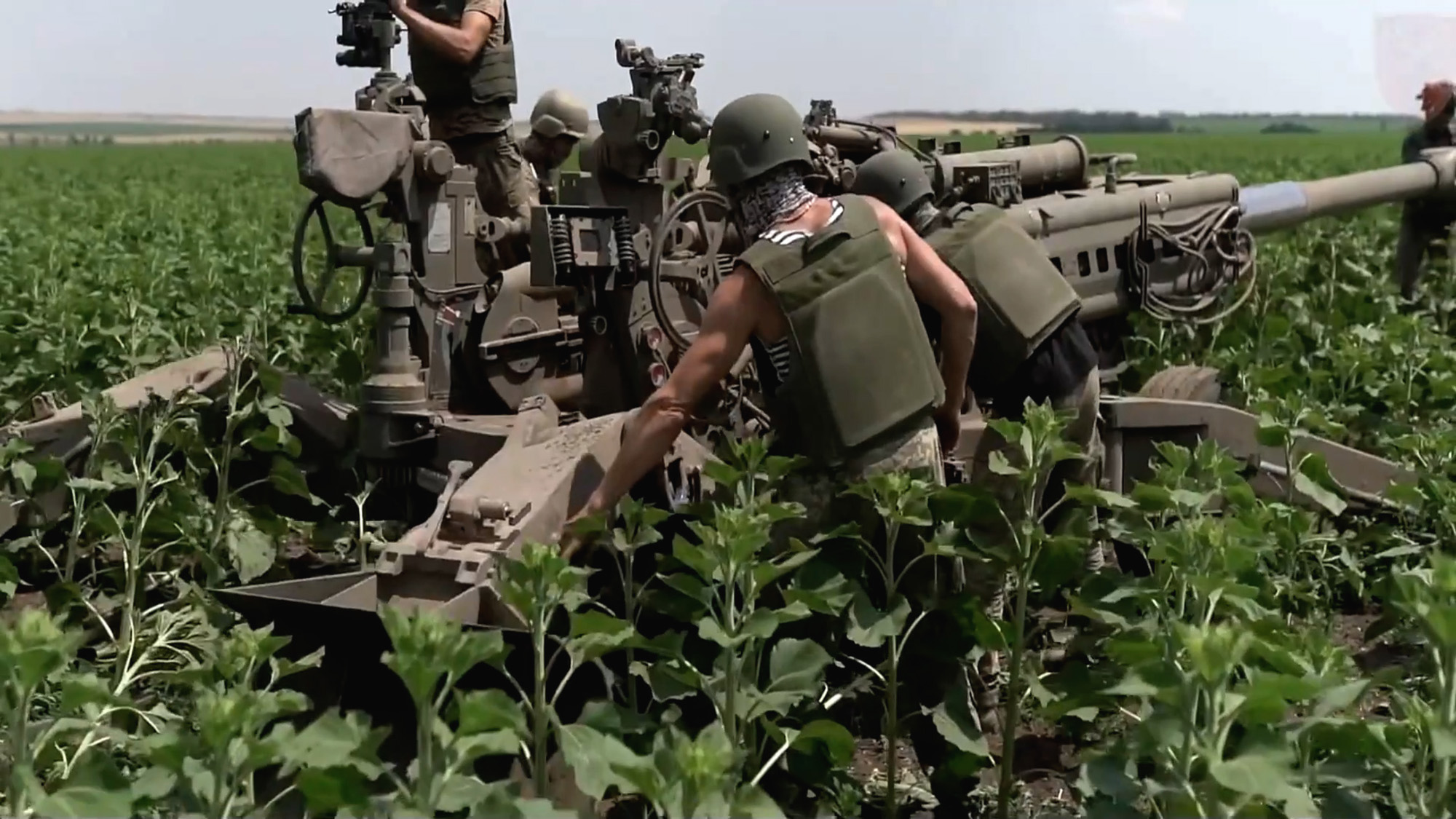 The Ukrainian military has released video footage of troops shelling Russian targets with 155-millimeter M777 howitzers made in the United Kingdom.

Operational Command South said on July 12: “The M777 howitzer fires high-precision missiles with a maximum range of up to 40 kilometers [24 miles].

“With the use of such shells, a single battery can cover a firing range of up to 1,250 square kilometers [482 square miles].

“In addition, the M777 has a digital fire control system.

“Even colleagues from NATO are surprised by how skillfully Ukrainian gunners are using the new weapons.

“The military skill of Ukrainian artillerymen, combined with partner assistance, brings the de-occupation of the south of Ukraine from the Rashists closer every day.”

‘Rashist’ is a term that is often used by the Ukrainian forces when referring to the Russian invaders. It is a combination of the words ‘Russia’ an ‘fascism’.

Manufactured by the Global Combat Systems division of London-based arms company BAE Systems, the M777 is used by the ground forces of Australia, Canada, India, Saudi Arabia, Ukraine, and the United States.

We contacted the Ukrainian military for further comment, as well as the Russian Ministry of Defense, but haven’t received a reply at the time of writing.

«Previous Post
Picky Eaters: How Respondents Are Getting Their Pets To Eat Their Food»Next Post
Tower Shock: Angry Residents ‘Left To Rot’ By A Council At A Mold-Infested Tower Block