“I never thought I’d be king of an island. I didn’t even think that last year. I just thought, ‘I could do that (…)’ 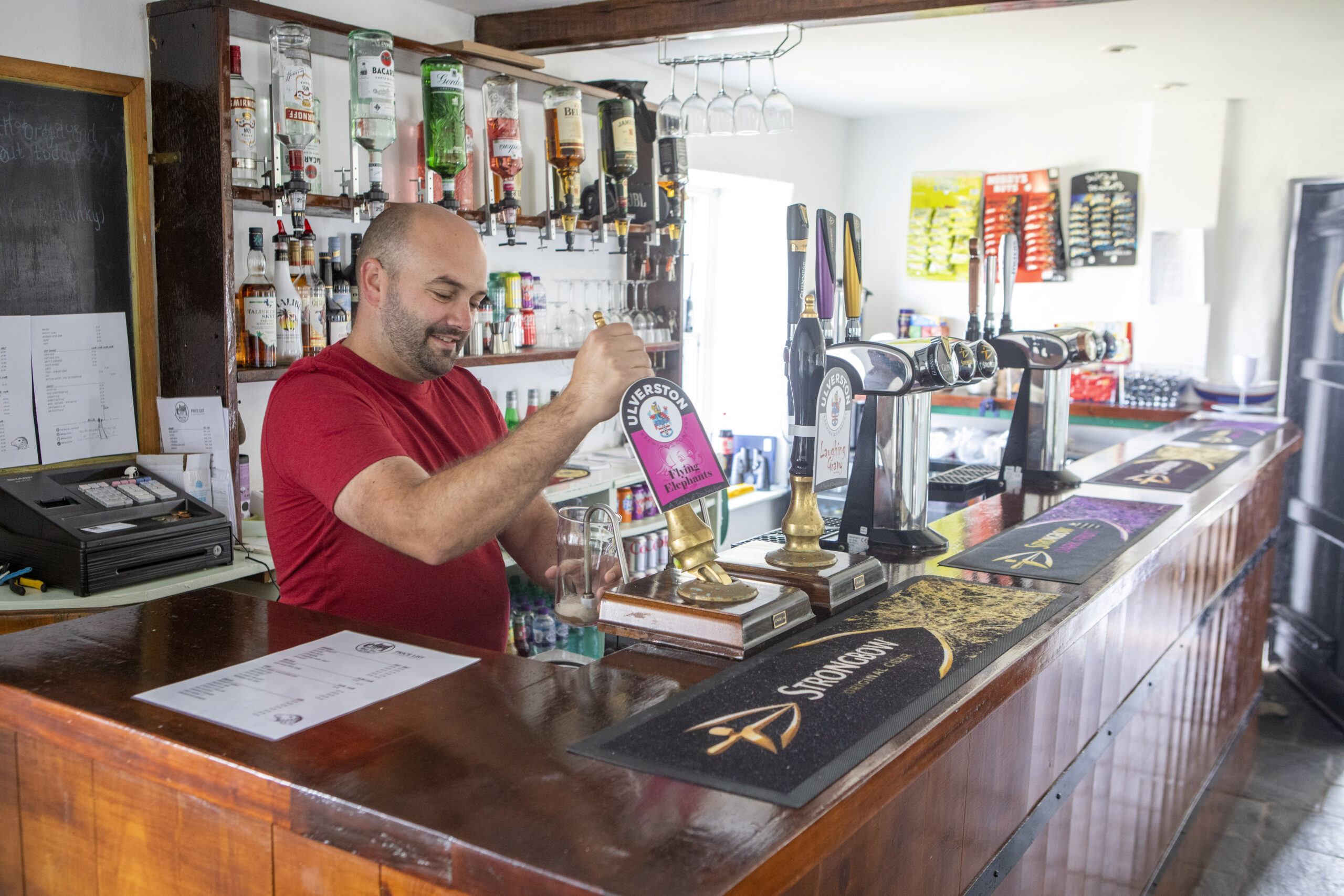 An electrician has beaten hundreds of hopefuls from around the world to become landlord of a pub on a tiny island off the British coast - as well as its ceremonial 'king.' (Katielee Arrowsmith ,SWNS/Zenger)

An electrician has beaten hundreds of hopefuls from around the world to become landlord of a pub on a tiny island off the British coast – as well as its ceremonial ‘king.’

Aaron Sanderson, 33, beat around 200 other applicants to become landlord of the Ship Inn, on the British Piel Island, which lies half a mile off the Furness coast, in Cumbria, a county in north-east England that borders on Scotland.

But along with pulling pints and maintaining the stunning 26-acre islet, Aaron will also inherit the 170-year-old title of the “King of Piel Island.”

And following his official coronation, expected in September this year, he will also have the enviable power to “knight” those who have benefited the island as he sees fit.

Aaron, who spent his childhood visiting the holiday spot, “never thought” he would be selected as its only monarch and find his ‘own slice of heaven.’

And he admitted to feeling “incredibly nervous” when council officials told him he’d won the tender for the pub – despite having no prior experience in hospitality.

But besides the challenges of living detached from the mainland, Aaron says he’s enjoyed a blissful time on the island since he got the pub’s keys in late May.

He said: “I never thought I’d be king of an island. I didn’t even think that last year. I just thought, ‘I could do that, I’ll put in for it, and then I got it.’

“Then there was a period of a few months where I thought, ‘Oh bloody hell. I’ve just taken over an island. What have I done?’

“But in the mornings, I’ll sit out the front having a brew, and it’s like your own little slice of heaven. It really is something else when there’s nobody else here.

“And obviously, when there are people around you, and you’re just having a good time and good laugh with your friends, that’s great too.

He added: “If I can put my own stamp on the place, then fingers crossed, everything works out well, and I can enjoy myself for the next ten years.”

Aaron, an electrical team leader at BAE Systems Submarines, from Walney Island, Barrow-in-Furness -located off the west coast of England, applied to be the new “King” of Piel Island earlier this year.

Barrow Borough Council, who managed the process, advertised for the unusual role in December 2021 – attracting interest from nearly 200 applicants around the world.

The duties of a monarch include taking on the ten-year lease of its famous pub and maintaining the remarkable island habitat.

And despite the huge career change and massive competition for the job, Aaron felt his close ties to the island made him an ideal candidate.

He said: “I was camping here when I was a kid, and I’ve been a regular visitor to the place for such a long time – for as long as I can remember.

“It’s a vast difference to what I was doing and a big leap, really. But I just thought, “I need to do this”, and I didn’t want to see the place shut again.”

Aaron has been living on the island – which also has a 900-year-old fortified mound and bailey castle, as well as eight privately owned cottages – since the start of this summer.

The fort was built by Furness Abbey monks, who established a foothold on the island in the 12th century. But now campers can pitch a tent on the island for about $6 per night.

However, as access is limited to a 15-minute ferry service, or by walking over at low tide, Aaron said he’s found the logistics of managing his new business a challenge.

“I understand the tides, and the weather plays a dramatic part in it, but basically, the logistics of getting things here is just the biggest thing.

“We also have periods where there are no ferries and nobody here, and there are instances where you won’t be able to get off – you’ve just got to be prepared for that.

“It has happened in the past, where people are over for a day, and you just have to put them up until the weather sorts itself out.”

Aaron said despite having no experience of working in pubs, his skills as an electrician had been put to good use managing the fuel-powered generator at the taproom.

He said: “We don’t have mains gas or electricity, where you can have unlimited power – we have a generator for our power and a bank of batteries.

“It does become that little bit tougher because you have to think if I use those three things at the same time, is it going to be too much?”

It’s expected Aaron will be officially sworn in as the King of Piel Island at the start of September this year by a previous landlord, Rod Scarr.

During the ancient ceremony, he will sit upon a throne made of an old beer barrel, wearing a helmet and carrying a sword, before having beer poured over his head.

And following this, Aaron will also have the power to “knight” those who’ve made a particular contribution to the island or provided him with years of service.

He said: “I’ll sit in a chair, with a helmet on and sword on, and I’ll be crowned with that, and then beer will be poured over my head.

“The previous king does a bit of a speech and swears me in. It will be a good day – it will be fun. It’s something else for the community.

“And I can then ‘knight’ my own people as well.”