Conner, who aims to “share our world’s true beauty one fish at a time”, told Zenger: “I am a very passionate nature enthusiast.“
By Liang Dai July 14, 2022
Facebook
Twitter
Linkedin
Email 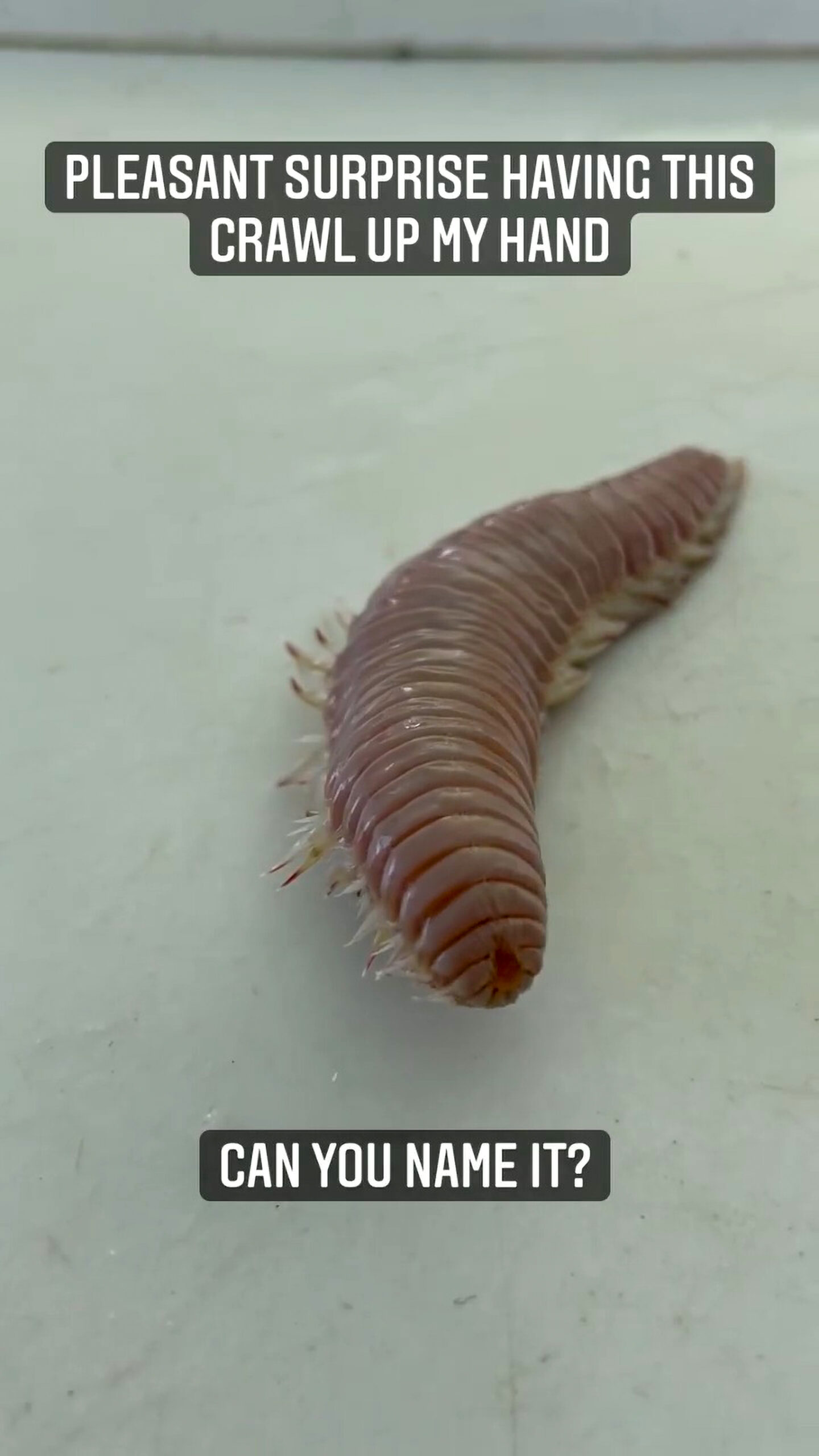 Rachowicz encounters bristle worm, one of the most dangerous species of worms to humans, in Florida. (@fishingwithconner/Zenger)

This is the moment a Florida fisherman shows off a rare rainbow parrotfish before releasing the colorful creature back into the deep.

Conner Rachowicz – originally from Illinois – shared the video on his Instagram page ‘Fishing with Conner’ with the message: “Gorgeous parrotfish off the coast of Islamorada, Florida. Tight lines!”

Conner, who aims to “share our world’s true beauty one fish at a time”, told Zenger News: “I am a very passionate nature enthusiast.

“Ever since I was a young kid, I have always been around the water, and eager to explore the different species that live in it.

“Growing up in Chicago, there wasn’t much nature to explore.

“However, my family would take vacations to the Florida Keys, a destination I fell in love with immediately.

“In the video, you see a rainbow parrotfish (Scarus guacamaia), one of the many species that call the coral reefs of South Florida home.

“Aside from their vibrant, cartoon-like colors, these fish play a vital role in the ecosystem of coral reefs.

“Parrotfish diets consist mainly of algae, which grows on coral. Eating these algae helps clean the coral, allowing it to grow freely.”

Despite its colorful beauty, the Red List of the International Union for Conservation of Nature (IUCN) lists the species as ‘near threatened’.

But even some of nature’s less lovely sea creatures have their parts to play in the ocean, says Conner.

In another clip, he is seen filming a gruesome sea creepy-crawly while asking his followers if they can guess what the creature is.

He told Zenger News: “It is a bristle worm, one of the most dangerous species of worms in our ecosystem, to humans.

“Although they are not poisonous, bristle worms are well known for their painful ‘bite.’

“Their body is covered in an array of spines that can penetrate the skin like cactus needles, causing pain, redness, and an extreme burning sensation.

“Additionally, the diet of a bristle worm typically consists of decaying matter, making them a very popular creature for saltwater aquariums.”

He added: “One of the strangest looking animals in our ocean for sure!”

Conner also shared footage of a creepy-looking arrow crab, telling Zenger News: “The arrow crab is one of 4,500 crab species found across the world. While it may look like a dangerous, alien-like creature, this guy is completely harmless to humans.

“Their diets consist of algae, decaying matter, and bristle worms. Because of their love for eating bristle worms, they are often times found together in saltwater aquariums.

“The arrow crab has the important job of regulating the population of bristle worms living in a single ecosystem. Their long legs, pointed head, and beady eyes, make them a beautiful creature in my opinion!”

He said: “Rock shrimp (Sicyonia brevirostris) are distinguished by their purple-tinted tails and a rock hard exoskeleton, which gives them their name.

“This species of shrimp is found in warm, coastal waters, between the depth range of 120 and 240 feet. This is one of the larger shrimp species in South Florida, growing to a maximum length of 6 inches, and is often mistaken for a small lobster.

“These nocturnal scavengers search the ocean floor at night, looking for any algae, worms, or decaying matter they can feed on. Because of their diet, rock shrimp are a popular addition to any saltwater fish tank.

“Not to forget, their gorgeous colors are a great eye appeal for any aquarium owner! Unfortunately in recent years, rock shrimp have become a very common item on menus. The taste of their tails is said to resemble lobster meat, making them highly sought after in the seafood world.”

Conner said: “Straight out of ‘Bikini Bottom’, the porcupine pufferfish is by far one of my favorite fish species! They are a predator’s worst nightmare, as their bodies are designed perfectly to ward off any fish trying to eat them. Their spines often contain a toxic substance that makes them foul-tasting, or even deadly, to predatory fish that inhabit the same ecosystem as them.

“When the fish is not inflated with air, the spines are slicked back, almost invisible to other fish. But once it feels threatened, boom! The pufferfish inflates its body by up to twice its size, showing off those beautiful spines in the process.

“Those bug-like eyes, beautiful skin pattern, and awesome colors, make this one of the most well-known fish species across the world.”

Conner told Zenger News: “South Florida is currently experiencing environmental factors that are slowly deteriorating the coral reefs. This loss of habitat is detrimental to the fish that inhabit these areas.

“Not only do I love exploring these animals, I love even more being able to show you all. Not everyone has access to the ocean, and I believe it is a true beauty that should be seen by everyone, one fish at a time.”