People aged 18 who hit the bottle alone were found to be at a 35 percent higher risk of becoming dependent on drinks.
By Simona Kitanovska July 14, 2022
Facebook
Twitter
Linkedin
Email 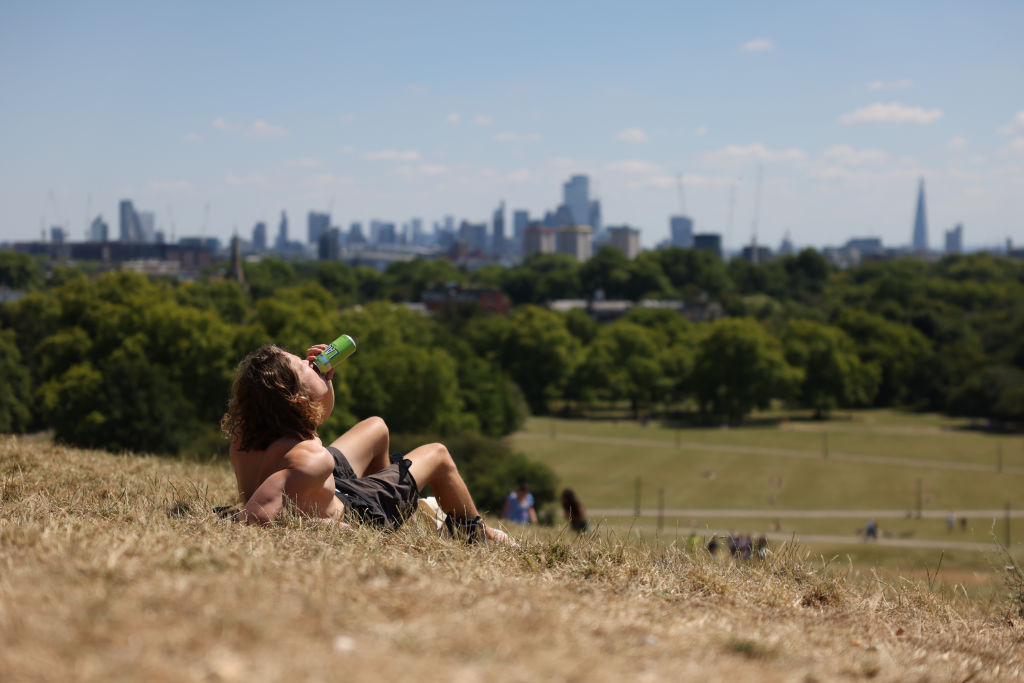 A man drinks a beer on Primrose Hill on July 10, 2022 in London, England. (Photo by Hollie Adams/Getty Images)

Young people who drink alone are more likely to become alcoholics later in life, according to a new study.

Scientists have found young adults who drown their sorrows without company are at a 60 percent higher risk of being an alcoholic when they are 35, compared with their peers who only drink socially.

People aged 18 who hit the bottle alone were found to be at a 35 percent higher risk of becoming dependent on drinks.

The risk was higher for women than men.

Young people who drink alone often do it to drown their sorrows and deal with emotional stress.

The American academics and authors of the study say a quarter of adolescents and two-fifths of young adults drink by themselves.

The team warn the problem is likely to get worse because the pandemic has left many young people stressed out and anxious about their future.

The link is strong even after accounting for other risk factors such as binge drinking, drinking too often, socioeconomic status and gender.

Doctors often check whether youngsters are at risk of a booze problem but their questions tend to focus on whether they are drinking too much and too often.

The social context in which young people drink is often overlooked, the researchers add.

For the study, the team looked at questionnaire responses from around 4,500 18-year-old Americans who were asked about their patterns of alcohol use and whether they drank while alone.

They were then followed up for 17 years and answered questionnaires again when they were aged 23 to 24.

When they turned 35 they reported whether they had any symptoms of alcoholism.

Lead author Professor Kasey Creswell from Carnegie Mellon University, found in the U.S. state of Pennsylvania, said: “Most young people who drink do it with others in social settings, but a substantial minority of young people are drinking alone.

“Solitary drinking is a unique and robust risk factor for future alcohol use disorder.

“Even after we account for well-known risk factors, like binge drinking, frequency of alcohol use, socioeconomic status, and gender, we see a strong signal that drinking alone as a young person predicts alcohol problems in adulthood.

“With concurrent increases in pandemic-related depression and anxiety, we may very well see an increase in alcohol problems among the nation’s youth.”

The team say targeted help should be aimed at young ones to help them better understand the risks of drinking alone.

The findings were published in the journal Drug and Alcohol Dependence.

«Previous Post
Picky Eaters: How Respondents Are Getting Their Pets To Eat Their Food»Next Post
Beauty And Brains: Miss England Has A Degree In Genetics And Encourages Women To Study Science