A Cut Above: Group Of Friends Took A Cardboard Cutout Of Their Late Friend On A Trip

Lee Clarke had hoped to make it on the pals' trip to Skegness, but tragically died in February.
By Simona Kitanovska July 14, 2022
Facebook
Twitter
Linkedin
Email 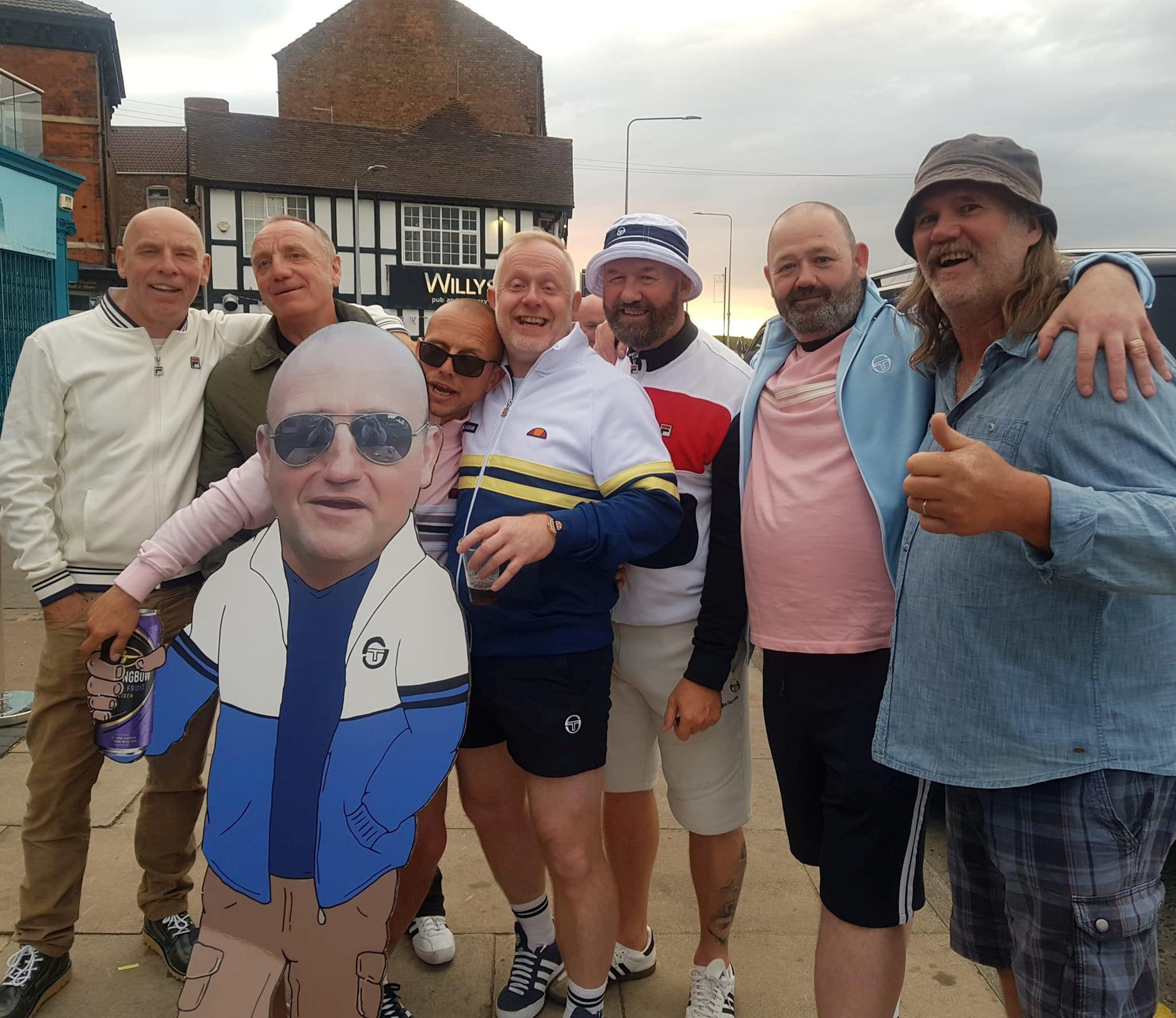 A group of 40 friends gathered from around the world to go on a night out with a cardboard cut-out of their beloved pal who sadly lost his battle with cancer. (Matthew Newby SWNS/Zenger)

A group of 40 friends gathered from around the world to go on a night out with a cardboard cut-out of their beloved pal who sadly lost his battle with cancer.

Lee Clarke had hoped to make it on the pals’ trip to Skegness, a charming English town on the coast of the North Sea, in the United Kingdom, with his buddies, but tragically died in February aged just 50 after a two-year battle with bowel cancer.

However, close pal Darren McLean, 52, was determined to take Lee along in his own special way and ordered a cardboard cut-out of his dear friend for the night out.

Darren, from the village of Humberston, England, said: “When Lee was coming to his latter days, when I arranged the coach, he said that he didn’t think he would make it but I said even if you don’t, we’ll have a cardboard cut-out.

“It was always planned to be on there, it was either Lee in person if his health would have held up, or the cardboard cut-out.

“He thought it was a great idea, he just wanted to be remembered and not forgotten so that’s what we are trying to do.”

Darren said the cut-out of Lee, who was affectionately known as the Major, was ‘well received’ from staff and revelers in the pubs they visited and Lee’s mom who “loved it.”

He added: “Nobody knew about it, except for me and Dean, so we surprised everybody on the day and didn’t show anyone until then so the reaction from all of the guys was great.

“His cousin, who was with us on the day, thought it was fantastic.”

The friendship group of 40 all danced and sung along to Sweet Caroline with the cardboard cut-out and now plan to make the tribute trip an annual event.

He said: “There will be a get-together for Lee at Christmas because he always liked a Christmas night out, which he always organized.

“We have got some more ideas, but we aren’t revealing them just yet. But there will be another cut-out.

“We are looking to do the Otley Run in Leeds sometime in the summer next year.

“It will definitely be an annual event.

“He didn’t want to be forgotten and this is one way we can remember and keep it going.”

Dad-of-three Darren paid tribute to his friend of over 30 years, describing him as a “social animal” and “an all-out guy.”

He added: “He would go to the opening of an envelope – he was just brilliant.

“Every guy loved him, no one had a bad word for him, he was brilliant.

“If you’d have met him, you would have just loved him.”

The group have also raised money for a memorial bench to be in Lee’s local village to keep his memory alive.

The cut-out is currently in the home of a another good friend of Lee, where it is “proudly placed in his kitchen.”