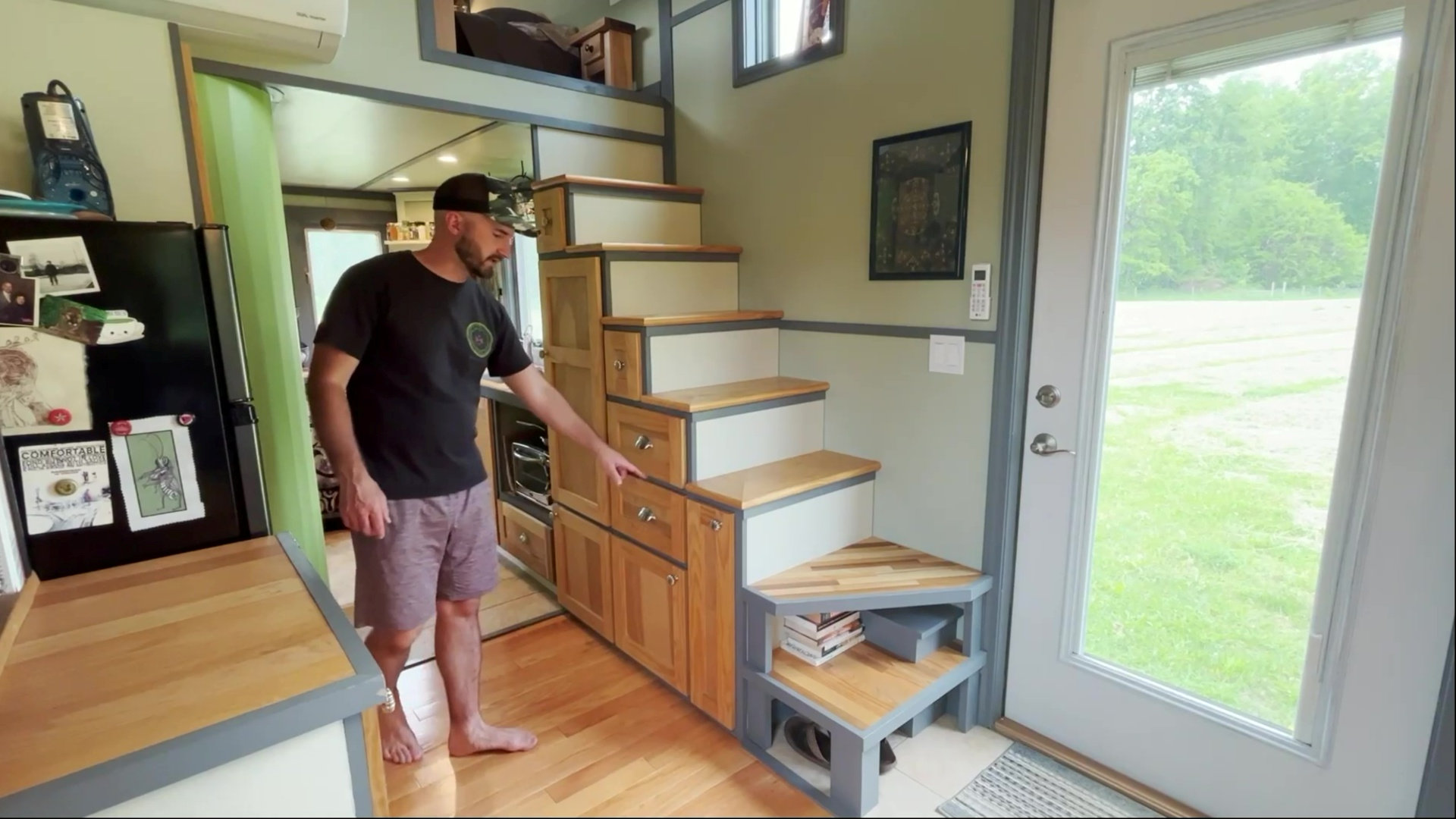 A man tired of paying skyrocketing rent designed and built a tiny house from scratch for $23,000 and now lives rent-free.

Nick, a musician and home inspector in Kalamazoo, Michigan, United States, said: “I was renting a small space in Denver and rent was going up drastically every year.

“I kept having the thought that the apartment wouldn’t feel so small if it were only designed better.

“I wanted the materials to be as high quality as possible, from as close by as I could find them, and upcycled/salvaged where possible.

“I spent a couple of months watching tiny house videos online with a notepad before I started my design.

“I had a basic idea that music and food are important to me, so I prioritized the music studio and kitchen space.

“Once I had all of those parameters figured out, the design fell into place.”

His job as a building inspector gave him much of the knowledge he needed, but he was also helped by his father, an experienced builder.

Nick said: “I had a decent amount of building knowledge previously, but had never completed something start to finish on my own.

“I was lucky to have my Dad in the process. It was the most time I’d spent with my dad since leaving the house after high school.”

Nick spent six months, on and off, building his new home and it cost him approximately $23,000.

He built up this money by working house inspection jobs for parts of the year.

Nick is now his own landlord. He rents the land the house sits on and he was able to reduce his outgoings significantly.

He added: “I was spending $ 1,000 a month to rent in Denver, which is actually on the cheap side.

Nick’s total savings are $ 9,600 a year, and that’s just on rent. He now owns his house, which gives him an incredible amount of financial security.

It’s an enviable position, but Nick wants everyone to know that it’s something anyone can do.

He said: “I don’t come from money. I worked hard and saved to own everything outright.

“I have finally been able to save so much money and time that I’m spending significant parts of every day being creative.

“It allowed me to take the leap of faith into pursuing my own visions, with minimizing my expenses and time spent surviving.”

The number of people in living situations like Nick has drastically increased in recent years with 688,500 new tiny homes being sold in the U.S. each year.

Nick said: “I do think lots of people should be asking themselves if working 80 hours a week to pay their bills is worth it.

“Would they be happier working a fraction of the hours and having the time to pursue their own passions?”