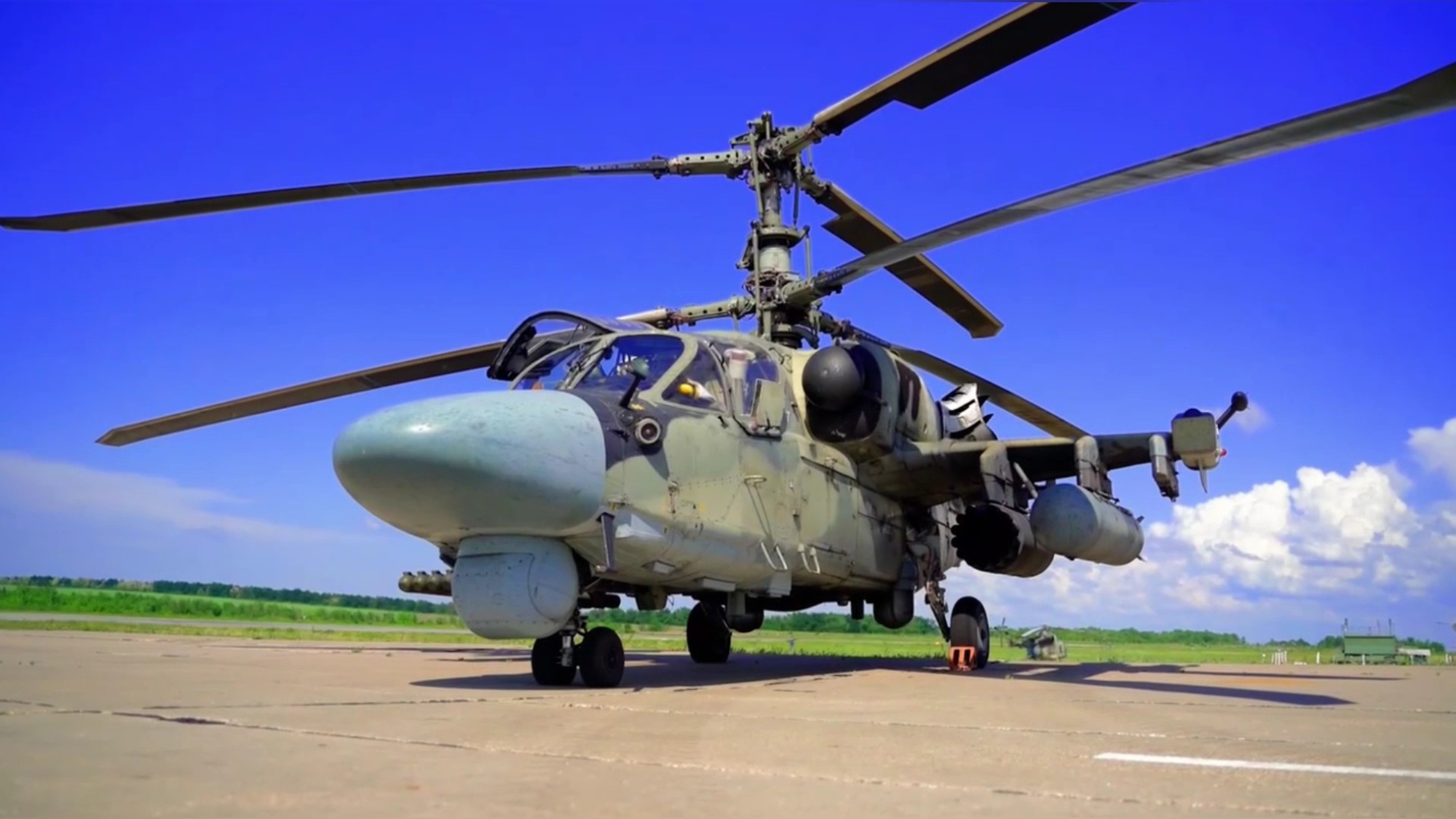 Combat work of Russian Ka-52 attack helicopter crews in Ukraine. Note:Photo is a screenshot from the video (Russian Ministry of Defense/Zenger News)

A released video shows the moment Russian pilots take to the sky and fire missiles at Ukrainian targets from their Ka-52 killer copters.

The Russian Ministry of Defense (MoD) said helicopter crews fired missiles at enemy targets from a distance of over three miles.

The Russian military said on July 10: “Footage of the work of the crews of Ka-52 attack helicopters to destroy objects and equipment of the Armed Forces of Ukraine.

“Air strikes were delivered from a distance of over five kilometers [3.10 miles].

“The rocket strikes destroyed the command post, tanks and other armored vehicles of the Armed Forces of Ukraine.”