On Your Bike: Road Closed For Over A Month To Build A Pointless Cycle Lane

Pictures show the short bicycle lane, which has room for traffic flowing in both directions. 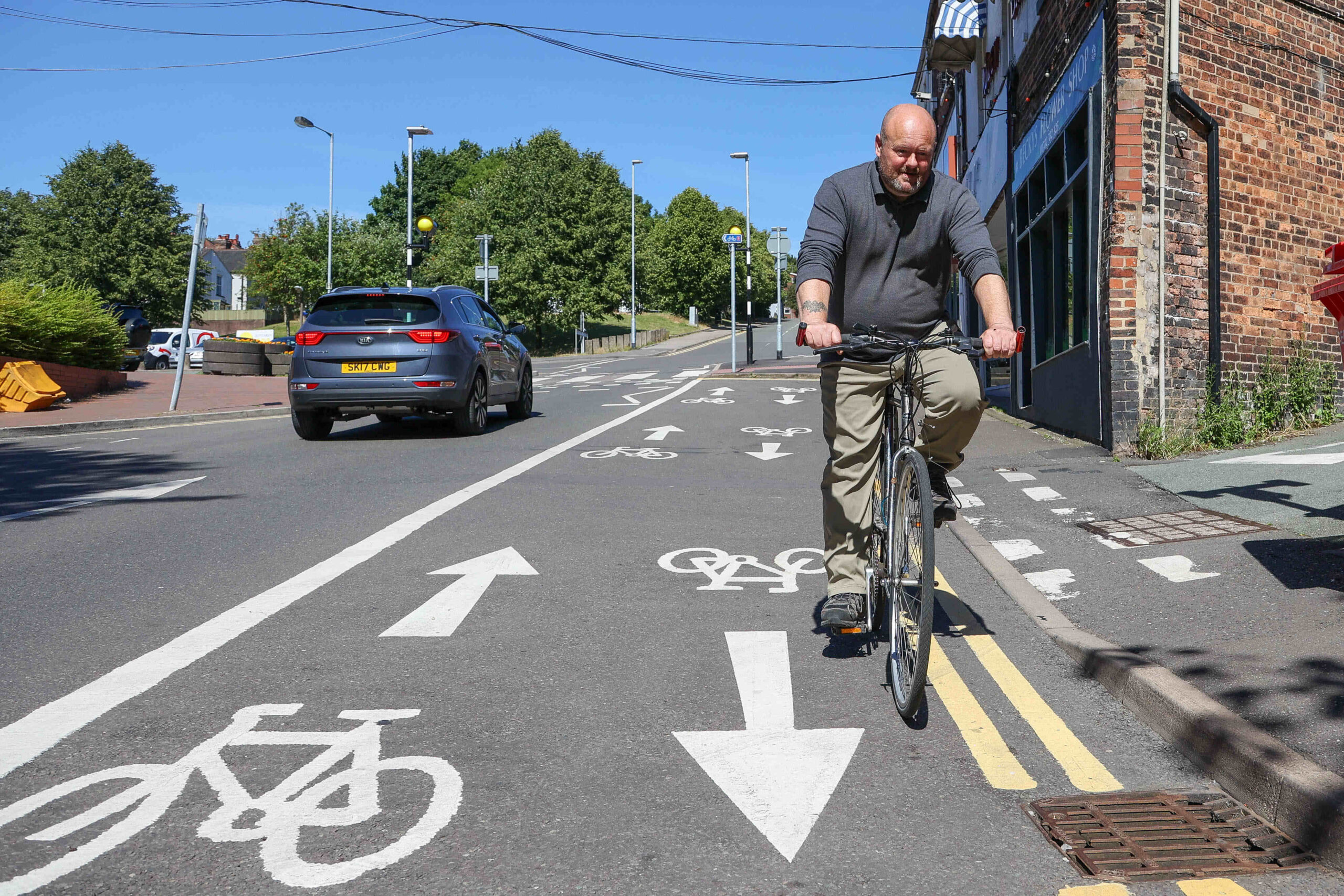 A resident has hit out at a council for closing a road for a month and building a 20ft cycle lane - which he says is just glorified lay-by. (Anita Maric, SWNS/Zenger)

A resident has hit out at a council for closing a road for a month and building a 20 foot bicycle lane – which he says is just “glorified lay-by.”

Bill Priddin, 73, has blasted Staffordshire County Council over the new cycle lane in Kidsgrove, Stoke-on-Trent – a city in central England.

He says it is underwhelming, unnecessary – and “funny.”

Pictures show the short bicycle lane, which has room for traffic flowing in both directions.

However, it is more than double the length of Britain’s shortest cycle lane – measuring just three-feet in Frampton Cottrell, Bristol, in the west of England.

Priddin, 73, said: “Kidsgrove didn’t have any cycle lanes before.

“They closed that road down for about four or five weeks and that is what they put up.

“It only about 20 feet and that’s the only cycle lane in the whole town.”

The pensioner thinks the lane was put in to encourage people to use their bikes more and to drive less – but has questioned its effectiveness.

“If they’re trying to get people on their bikes, it’s not doing a very good job,” he said.

“If you look at the length of it, it’s basically just a lay-by.

“It only goes halfway up the road, and that’s the only cycle path we have – I just find it amusing.”

He said: “I don’t see what the point of it is. People don’t know it’s there, and even if they did it wouldn’t get used.

“Our roads aren’t wide enough for cycle paths in the area – cyclists just use the roads anyway so it’s a waste of money.

“Some of the areas around where we live are high in pollution because of the busy roads, I know that it is a problem.

“But I can’t see how that cycle path will help to solve it.”

David Williams, cabinet member for highways and transport at Staffordshire County Council said: “These improvements are all part of our plans to make it easier and safer for people cycling for leisure and for getting to and from work, school or college.

“By encouraging more people to use active and greener modes of travel we will not only help improve people’s health and well-being, but will also help reduce congestion and air pollution.

“The new section of cycleway that crosses Heathcote Street provides the missing link of the National Cycleway Network (NCN) 5, giving people a more direct and safer route to cycle through the town.

“The improvements follow changes to the nearby junction which are part of wider plans to improve air quality in the area.”