The Russian Ministry of Defense said the troops opened fire on the Ukrainian targets after some reconnaissance work.
By Lee Bullen July 13, 2022
Facebook
Twitter
Linkedin
Email 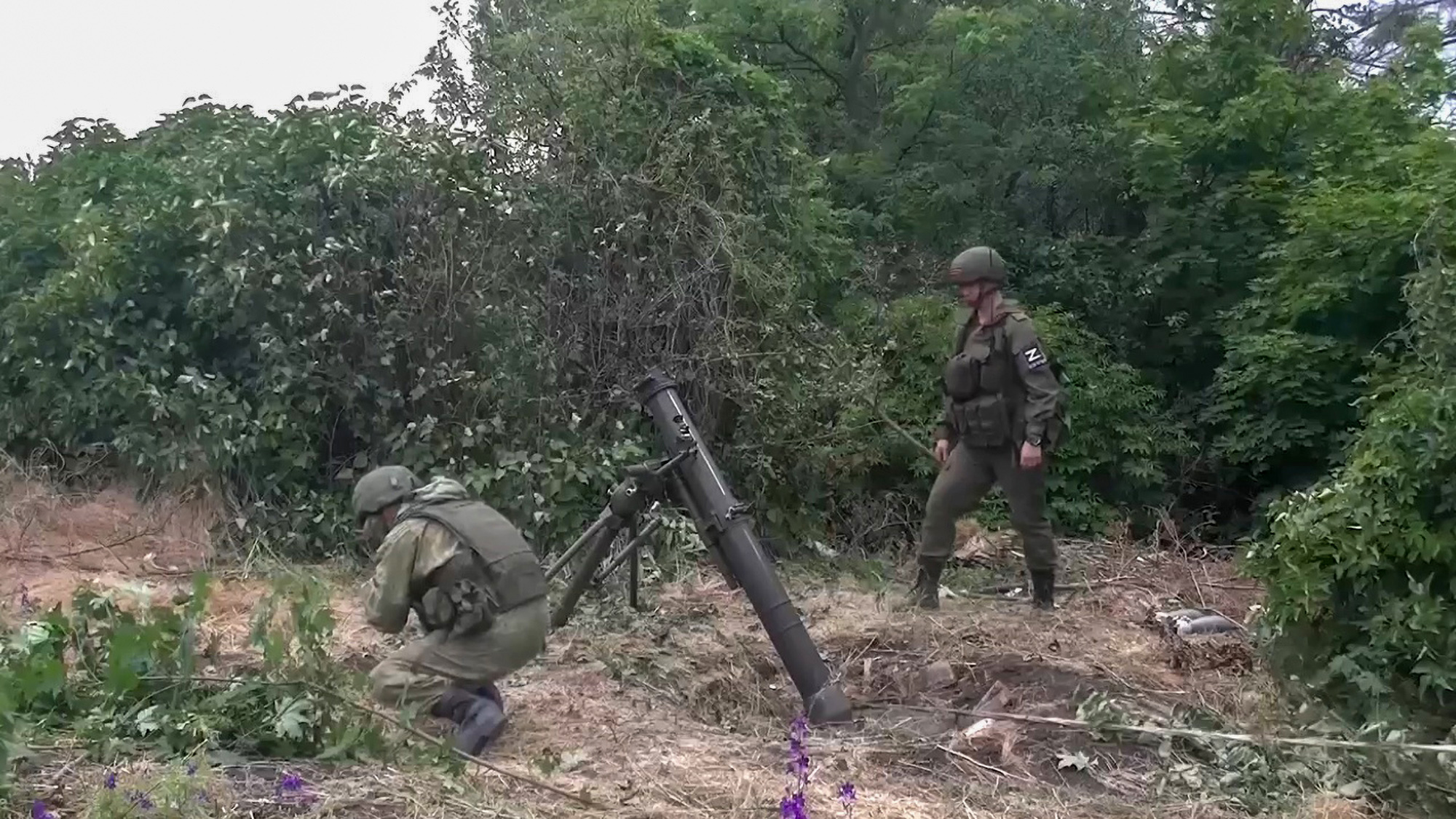 As shown in a graphic video, Russian troops take up positions in bushes to fire at Ukrainian targets previously identified by a spy drone.

The Russian Ministry of Defense (MoD) said the troops opened fire on the Ukrainian targets after reconnaissance work by an unmanned aerial vehicle (UAV).

The Russian military said on July 10: “Footage of the combat work of mortars firing at artillery positions of the Armed Forces of Ukraine

“The commander of the mortar battery received the coordinates of the location of the positions of the Armed Forces of Ukraine from an unmanned aerial vehicle.”

Russia’s MoD ministry has claimed that it killed Ukrainian servicemen who were trying to raise Ukraine’s flag on the recently retaken Snake Island, but Ukraine has denied that any of its servicemen on the island were killed.

The United Nations has warned of a “looming hunger catastrophe” due to Russia’s blockade of Ukrainian grain exports.