This incredible find could potentially rewrite the history of human evolution. 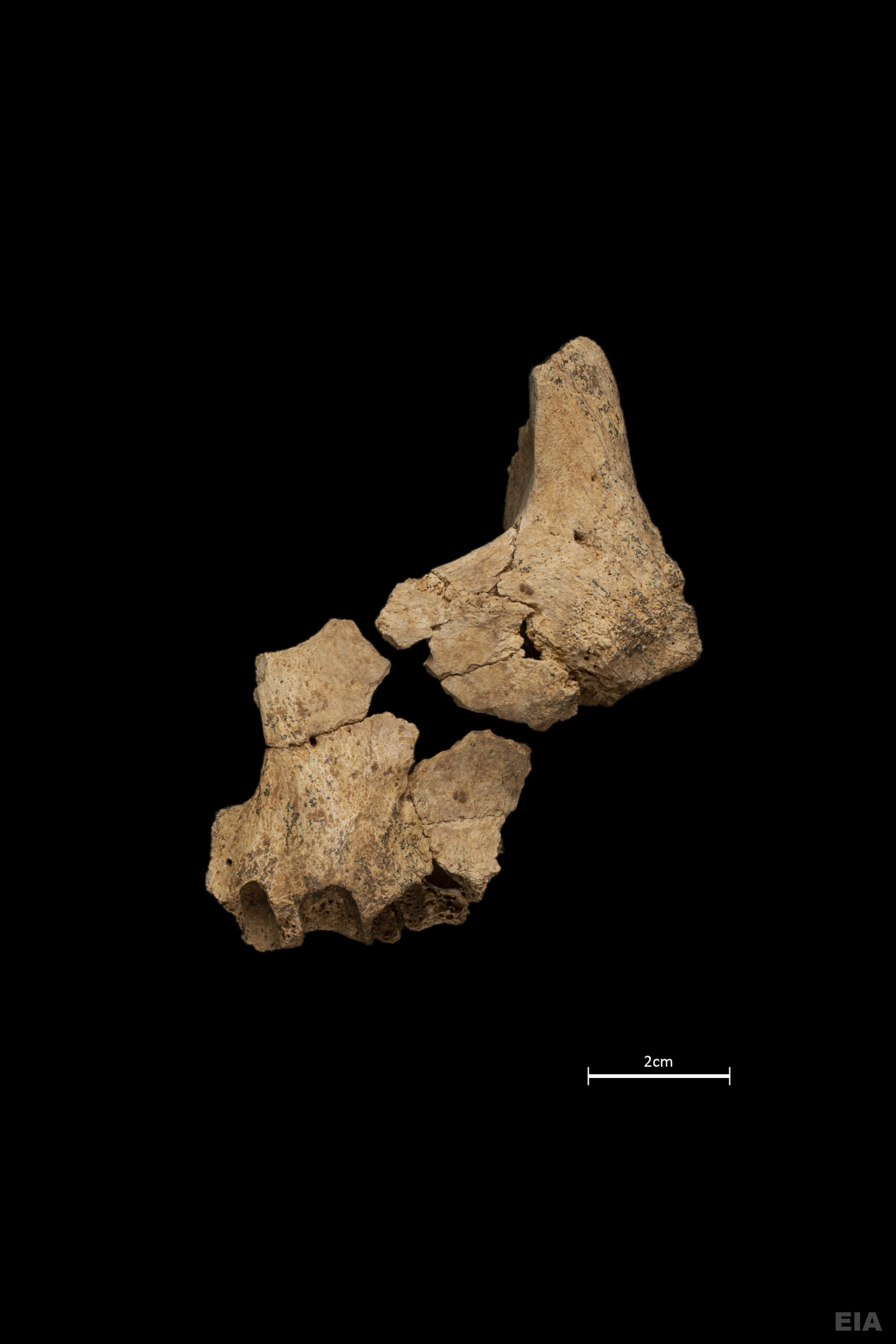 Spanish archeologists have made an astonishing discovery of what they believe is the lower jaw of possibly the oldest hominid ever found in Europe.

This incredible find could potentially rewrite the history of human evolution.

The amazingly well-preserved body part – estimated to be 1.4 million years old – was discovered at Level TE7 at the Sima del Elefante site in the Atapuerca Mountains in northern Spain and was revealed on July 8.

Sima del Elefante – as the Pit of the Elephant – has yielded the earliest human remains in western Europe, including fragments of archaic human Homo antecessor, such as jawbone and teeth that date to 1.2 to 0.8 million years ago.

These were found in Sima del Elefante’s Gran Dolina cave in 1994, while the species itself was officially described as the last common ancestor of modern humans and Neanderthal in 1997.

But experts now believe they have unearthed part of a face from a human that lived approximately 200,000 years before the Homo antecessor.

The Atapuerca Foundation which runs the archaeological site said in a statement that is “very likely” that the jawbone fragment “belongs to one of the first populations that colonized Europe”.

The team revealed in a press release: “One of the aims of this year’s Atapuerca digs was to continue the work begun in 2017 on the upper part of Level TE7 in Sima del Elefante.

“The importance of this zone is due to its position, near one of the main entrances to the cave.

“The previously dug levels at the site have systematically yielded a greater diversity and abundance of remains in this zone than the rest.

“That is why we have been working on this area right from the start of this year’s digs.”

The find was detected by Atapuerca Research Team member Edgar Tellez, who noticed a few bone remains covered in clay on June 30.

The team added: “After cleaning and scrutiny by several of the team’s specialists, we can now confirm that the remains are from a human jaw.”

In addition, the newly-discovered human fossil was found approximately two meters (6.5 feet) below a Homo spp. mandible unearthed in 2007.

Analysis of geological samples at the National Human Evolution Research Center (CENIEH) in Burgos in Spain should estimate the true age of the find.

The find represents an important clue to understanding the evolutionary origin of people outside of Africa and is a part of the Atapuerca Project.