The New Orleans native credits his personable demeanor for much of his success. 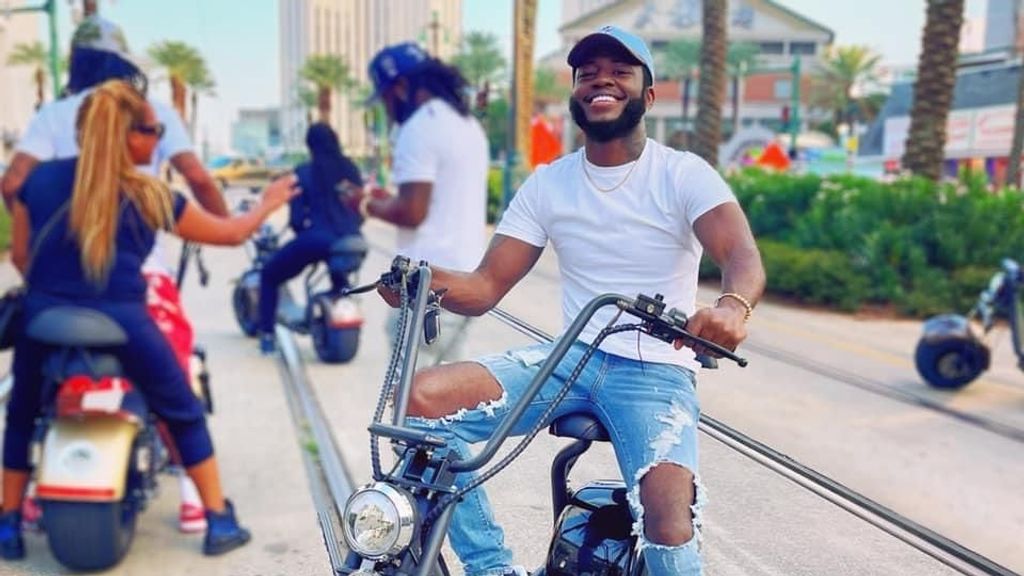 Blakk Tatted says his hookah company, Blakk Smoke, is something he loves to do every day. (Blakk Tatted)

NEW ORLEANS — Blakk Tatted loves the idea of being an overnight success.

(JUUL appealed the FDA ban, and the court has issued a temporary stay, though JUUL products still cannot be sold.)

He credits his personable demeanor for much of his success. Prior to becoming an entrepreneur, he was a music artist and social-media presence in New Orleans.

Zenger: Your personality and being relatable to your audience kick-started this whole thing. Would you agree?

Blakk Tatted: That’s extremely important to me. My trigger point is to connect with people, genuinely build a bond and connect because today, you have internet cousins and people you talk to more on social media than your own family.

If you connect with your audience and show people you care and are humble, and appreciate their support, then the support and sales will come. It makes them feel an obligation to support you. It’s like, I’m buying from my cousin right now.

It’s not like selling something to a stranger. If you have anything going on, they show up. People be so big on drilling, I got a 20 percent off sale, buy this tonight. Nobody wants to be on the internet and feel like they are being sold to all day. You have to build that personal preference. It’s less stressful than feeling: I gotta do this, I gotta post this, talk about this, and intrigue them with this. When you’re just bonding personally, everything else falls in line.

Zenger: Some people don’t like the term overnight success because they feel it diminishes the hard work. What you were able to accomplish overnight is a milestone, making over $1 million in nine hours. How do you feel about the label?

Blakk Tatted: My journey wasn’t overnight. But what I accomplished was overnight, realistically speaking. I accomplished something overnight that most people don’t accomplish in a lifetime. I also want to be real and put that on the table. I look at myself as an overnight success, which is not a bad thing. That is a blessing, because none of us would choose to wait 10 to 20 years if we had the option. We put in the work for years, waiting for that one day and that one moment to hit. 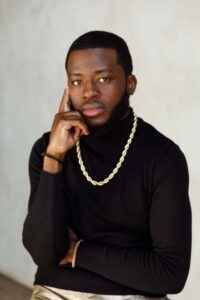 The “Dip King” made a smooth transition from musician to entrepreneur. (Bonnie Nichoalds)

Zenger: You went into the space with the hookah products and made it big. What does it mean to come from New Orleans, where we usually lean on music or athletics getting us where we want to be?

Blakk Tatted: It symbolizes a lot to me. It shows my courage. Not to sound cliché, but it shows me that I can do anything I put my mind to. So many people told me I wasn’t going to be nothing, or I couldn’t do this. “I don’t think that’s going to work out for you, bro. You should consider something else. Yes, you do smoke hookah, but a black man smoking hookah, it’s going to limit the demographic that you can sell to. Don’t enter the tobacco field, as a black man because you’re going against the Arabs, and they got the hookah game on lock. That’s their market.”

If I was to let them project their fears on me, where would I be now? They probably didn’t mean it in a malicious way. They probably think they were putting me on game. Now, those same people are doubling back and want a seat at the table.

Zenger: To see your bank account change that drastically and remain grounded, what does that say about you?

Blakk Tatted: It just says I’m normal. It shows me that the amount of money I make may have changed, but it’s because of who I am on the inside. I say this a lot, and I really strongly feel this way. Yes, my product is great. It tastes amazing. I can barely get my own supply. When I go smoke something somewhere else, I really understand the reason why people love my product. It’s probably 50 percent of how good the product is, and the other 50 percent is because of the person connected to the product. People know me. They connect with me. They know how real and down-to-earth I am. That, along with a good product, is a recipe for success.

Zenger: The court will decide the validity of the FDA ban on JUUL products, but how has the JUUL controversy helped your Blakk Smoke brand?

The reason the FDA wants to ban it is because of the side effects. The nicotine and tobacco are making people sick. The whole point of Blakk Smoke is, you literally get that same vibe, do the same thing that you love to do, but you’re putting yourself at less risk because no nicotine, no tobacco, no harmful chemicals. It’s literally fruit infused with a sweet syrup. You’re getting the flavor without the harshness. It’s a win-win.

Zenger: How was your transition from musician to entrepreneur?

But the ultimate thing that I always did, even when I was tired and wanted to relax, was light up a hookah. Me having a hookah brand is a luxury to me. It doesn’t feel like work, it doesn’t feel like a business. Yes, we all have our ups and downs when business get hectic. But I love what I do. I passionately love this stuff. It was so easy for me to pick up on something I do on a day-to-day basis, versus having to give myself a pep talk, give myself the energy to do music and get booked to go dance to be the “Dip King.”

Zenger: Now, you have the “On The Go” hookah pens, as well. Are you always evolving the brand?

Blakk Tatted: I don’t plan on stopping soon. That’s one of my biggest things, people have a short attention span. They locked in with you, and they see what you got. But I feel like it’s always, what’s next? I’m already working on the new thing. I’m always 10 steps ahead. You don’t ever want people to get the chance to be bored with your business. You have to keep working harder; you have to keep reinventing yourself. When the momentum is already rolling, when the fire is already hot, you keep throwing lighter fluid on it, and that flame is going to constantly ignite and get bigger. That’s how you stay hot and never cool down.

Zenger: You sponsored undisputed lightweight champion Devin Haney is his fight against George Kambosos. Can we expect more sponsorships from Blakk Smoke?

Blakk Tatted: Yes!  It’s such an interesting collaboration to be with these athletes. They’re regular people. They train hard and play sports, but when they are relaxing, they like to smoke Blakk Smoke, since there is no nicotine, no tobacco and its fruit-infused. They were afraid to say they smoke anything. Now, they are proud to say they smoke hookah, but what I smoke is the healthier alternative.