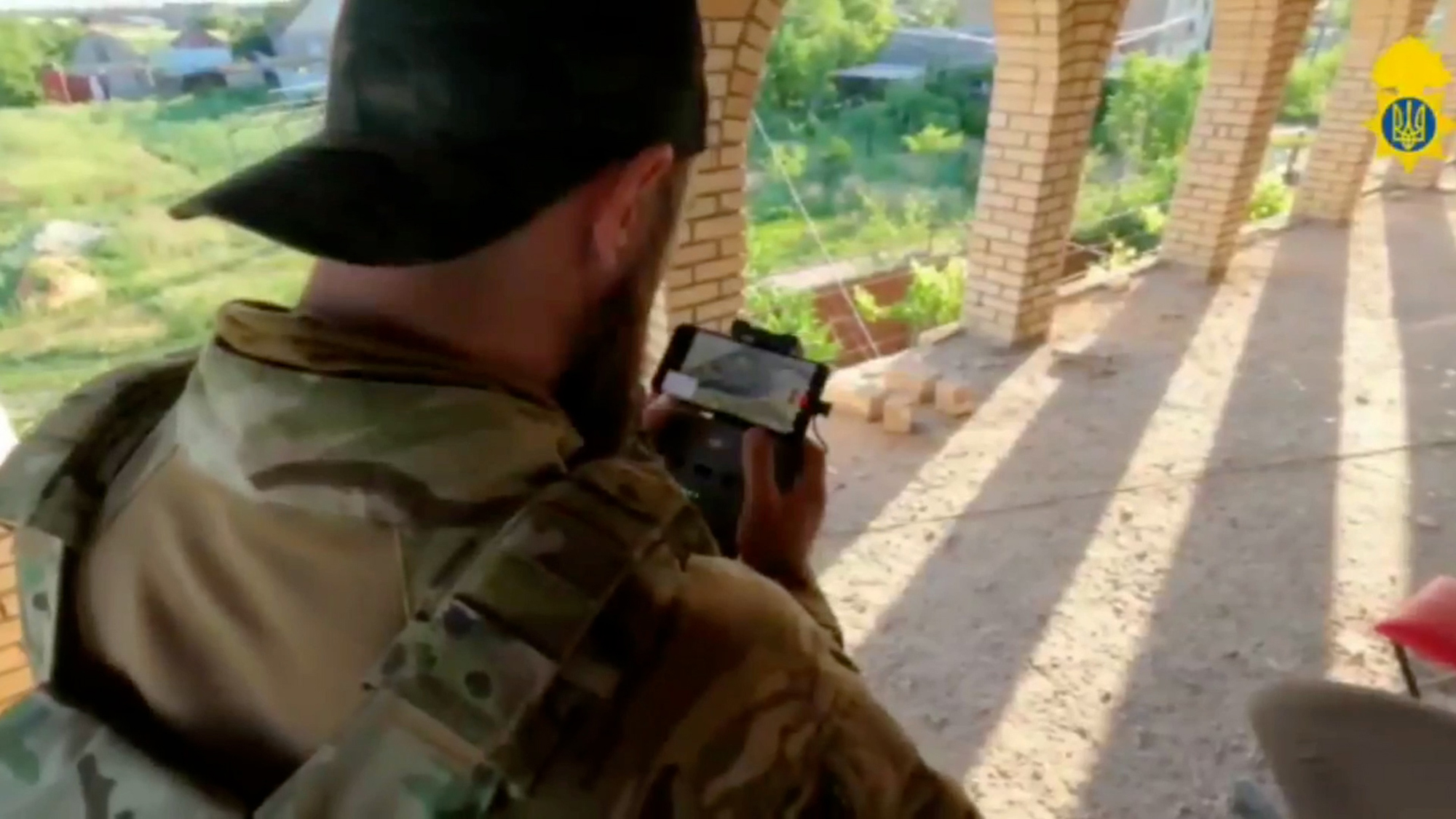 Special forces of the National Guard destroying the forward observation groups of Russians in the Donetsk region, in Ukraine.  (@NGUmainpage/Zenger).

The Ukrainian authorities said the Russian group used civilian automobiles and camouflage during their advance in the eastern Ukrainian region.

The Ministry of Internal Affairs of Ukraine said on July 11: “Special forces of the National Guard destroyed the advancing Russian observation groups in Donetsk region.

“In addition to military equipment, the occupiers used civilian cars and camouflage. However, Guardsmen discovered them on the way and waited for an opportune moment to deliver pinpoint strikes from artillery and dropping VOGs from drones.”

The VOG-17 is a Soviet-era 30-millimeter grenade designed for the AGM-17 automatic grenade launcher. It has been modified as a missile to be dropped vertically from drones: unmanned aerial vehicles (UAV).

The footage shows National Guardsmen using a drone to discover the Russian positions and drop missiles on them.

We contacted the Ukrainian National Guardsmen for further comment, as well as the Russian Ministry of Defense, but haven’t received a reply at the time of writing.

Russia invaded Ukraine on February 24 in what the Kremlin is calling a “special military operation.” July 11 marks the 138th day of the invasion.