The singer produces diverse music based on his personal experiences. 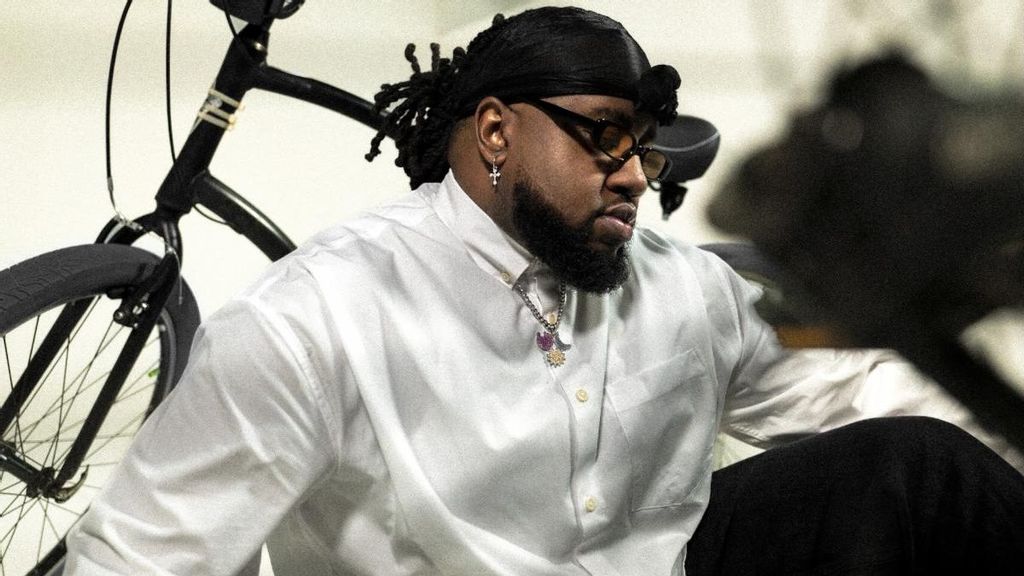 SAN ANTONIO — As the child of a military father, Xavier Omär moved all over the world.

The singer later used these travels to create a diverse musical sound. Since moving to San Antonio, Texas, Omär has been able to focus on his solo career, which continues to blossom.

While using his own personal experiences and those closest to him, he pours his heart into each song, making his music relatable to others. On July 22, Omär’s “blurr” will hit all digital streaming platforms. He refers to it as an extension of his last project, “if You Feel.”

Omär spoke with Zenger about his diverse style, new music and why he chooses to base his music on his life.

Zenger: During the buildup to your album releases, such as “blurr” on July 22, do you experience anxiety or relief?

Omär: It’s a bit of both. I’m considered R&B, but I know I’m sonically diverse. I give the fans what I know they want, but I also do what I want. Sometimes, those two things are very different. I had a revelation in the car last week as I was driving to Dallas. I’m listening to music, James Blake and Pharrell are two of my favorite artists. I don’t love everything they put out, but you tell me they’re going to be in my city, and I’m there.

If I have fans as connected to my music as the people I like, then no matter how the project is received, they’re still going to ride with me. That’s what matters to me most. Every project you put out is for a season in people’s lives. Some people will connect and some won’t. But I’m really confident this project will connect with a lot of people.

Zenger: How different will “blurr” be from “if You Feel?”

Omär: It’s not completely different in feeling. To a degree, it could be an extension, but at the same time, you do feel the emotion has shifted. Not only the cover art and the title, but you can see when I try to describe my feelings — that it’s not as loving, wide open and free. It’s really murky. A lot of the emotions I try to describe are introspective, where I have to deal with myself. I still wanted to give people what they want, so you get “Feelings 4 You” and you get “Tarantino.” That’s about as happy as it gets (laughing).

This time in life was really a blur. I still need to be who I am as an artist, but also be true and show people how I really felt. I hope they’re able to relate. It’s sonically an extension, but you do feel the shift.

Zenger: In the past, you have made your music based on personal experiences. It doesn’t sound like you plan to deviate from that.

Omär: For sure! “Feelings 4 You” derived from a last-ditch effort for this girl who is now my wife. That was really direct. Sometimes, it’s not really my life, but the lives of those who are close around me. “Tarantino” is about my dad going after my mom. Each of these records, you can see my personal feelings. Sometimes, I don’t even think I do it well. I don’t know if I get the feeling across in a way that I’m trying to. Oddly enough, that’s still revealing. It’s that complex. Looking at the cover art, you could see how I feel, and I think the music does that as well. It’s very personal.

Zenger: When an artist picks a single, you hope it’s received well, because it’s leading up to a project. You must be very satisfied with the success of “Feelings 4 You” and “Tarantino.”

Omär: Ah, man, it’s incredibly relieving — because you really never know. One of my most popular songs is called “Blind Man.” When I put that song out, I didn’t do it as wanting this to be this big song that pops. I did it as: I’m just trying to get another song up on SoundCloud. It took over everything. It just boosted my career — and is still my most streamed song. I’ve been really blessed that each time I put a single out, it’s well-received and streams well, too.

Zenger: You have a diverse style and voice. When you get in the booth, is the thought process, I’m feeling more hip-hop today, I feel like singing, or do you just let it flow?

Omär: Honestly, I end up getting the production first. So whatever that production is on, if I’m feeling it, I’m trying to find why I’m feeling it — and make that record work from that point. I have so many influences, and so many styles of music that I love. One day, a slow song like “Feelings 4 You,” that traditional R&B style will hit me, and I want to do that. And the next day, Detroit club music like “Tarantino” is hitting for me.

If you go back to “if You Feel,” I got a song called “More Than Less.” In no way in the world should that be on any R&B artist album. I’m happy that I’m able to do it and that people accept it, because I would feel lost out here if I didn’t have fans validating the fact that I do whatever I want here and there.

Zenger: Given the fact you were a military kid and traveled abroad, do you think that helped your diverse sound?

Omär: I would like to think so. I was much younger when we were traveling more often, but those are my childhood memories and experiences. I feel like everywhere I went; I was learning something. When we lived in Japan, we lived on an American airbase. But I was still able to see how the Japanese perceived American music, and what they like the most. When we moved to Maryland, you get into&mldr; obviously it’s still America, but D.C. and Virginia have their own everything: style, sound, slang. It’s a whole new part of the world to dive into. Learning Go-Go music and all the different styles they have.

Going to Georgia right as the South was starting to take over. Lil Scrappy was going crazy. I was growing up in a time when, each area I went into had its own influence. Not only in just the area, but really started to take over the world. I didn’t realize it, but each of the places I went to not only piqued my interest in styles and sounds, but each of those places became a part of me.

Zenger: What do you want listeners to take away from the “blurr” EP?

“A Dream,” which is a track on the project, is definitely me. Just sort of journaling and sorting out the emotions of feeling so melancholy. Needing a win, but feeling like I’m not able to get one. I did a song “Not in LA,” where I’m being introspective: I can’t keep running from my problems. Whatever the problem is &mldr; a part of that is in me. It’s not where I’m physically at, it’s who I am. Moving doesn’t change certain things in my life.

Things are certain ways because I’m that way. I had to face that. I wrote a song for the ladies where, it’s a situation where you just have to stand up for yourself. I wrote it from their perspective.  Know your emotions in-depth, so you can know if you need to change them or lean into them more.  Say what you want, what you need and be definitive.