The General Staff of the Armed Forces of Ukraine claimed that Ukrainian soldiers launched the anti-aircraft missile into the sky. 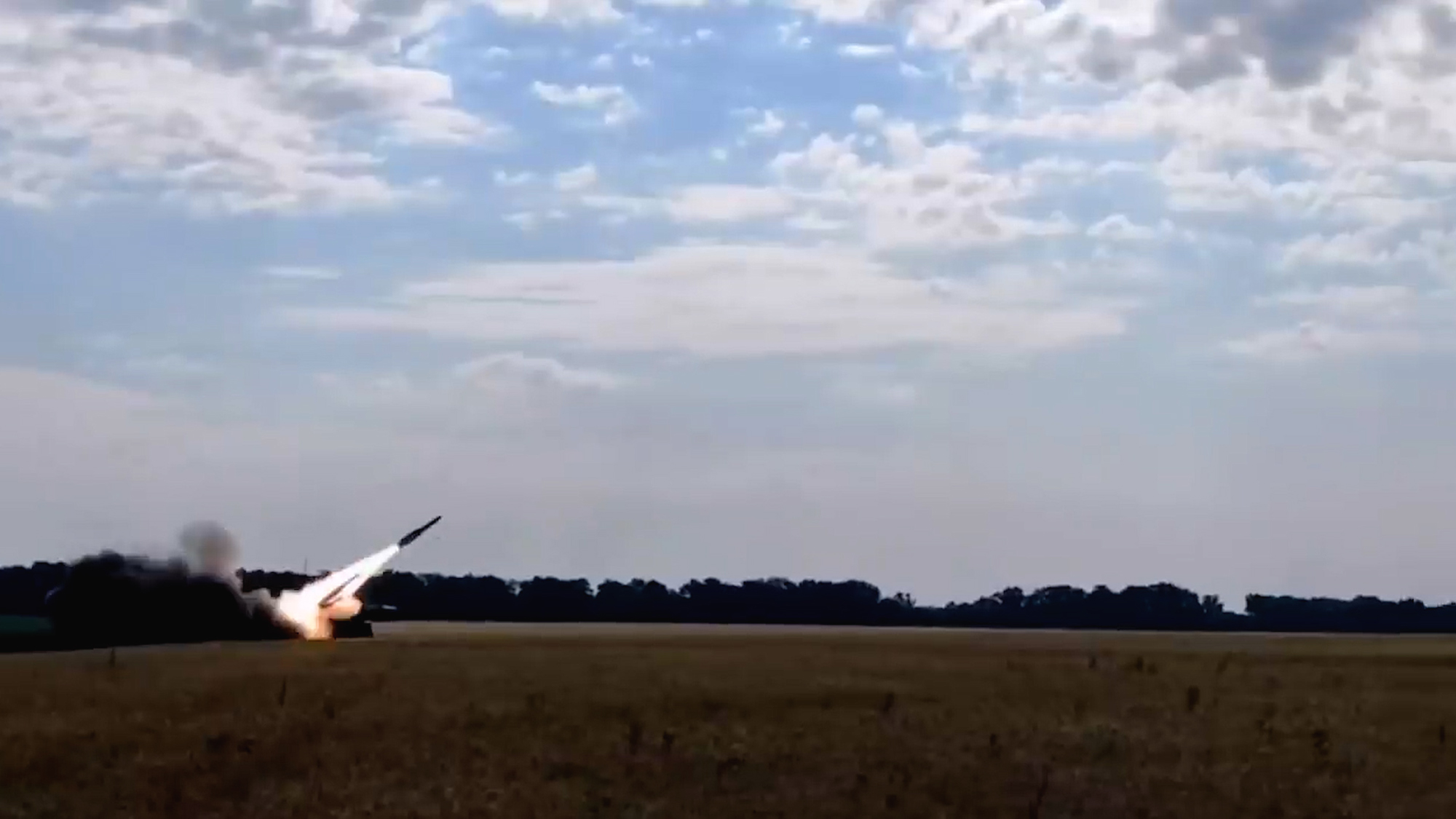 Soldiers of the anti-aircraft missile regiment of the Armed Forces of Ukraine shared that they shot down a Russian drone in Ukraine. (@PvkCenter/Zenger).

Ukrainian soldiers launched an anti-aircraft missile into the sky and apparently destroy a Russian unmanned aerial vehicle, as these images show.

General Staff of the Armed Forces of Ukraine said on July 9: “Three enemy unmanned aerial vehicles (UAVs) destroyed per day by soldiers of the aircraft regiment of the Ukrainian Air Force.

“Every day, anti-aircraft fighters bring victory one step closer. One UAV yesterday evening and two in the morning were destroyed by servicemen of the anti-aircraft missile regiment of Air Command Central, which is carrying out combat missions in designated areas on the eastern borders of Ukraine.

“This is yet another confirmation of conscientious performance of duties, professionalism and skillful actions of our anti-aircraft missile servicemen.”

Last week, Russian President Vladimir Putin warned that Russia has only just begun its campaign in Ukraine and dared the West to attempt to defeat it on battlefield.

Ukraine recently summoned the ambassador of Turkey, claiming that Turkey has allowed a Russian ship carrying thousands of ton of grain allegedly stolen from Ukraine to leave exports to one of its ports. Kyiv alleges that the vessel is transporting stolen cargo amounting to 7,000 tons of grain.