Ton And Dusted: Police Seize More Than A Ton Of Cocaine

“There has been a sharp increase in the amount of smuggled drugs.” 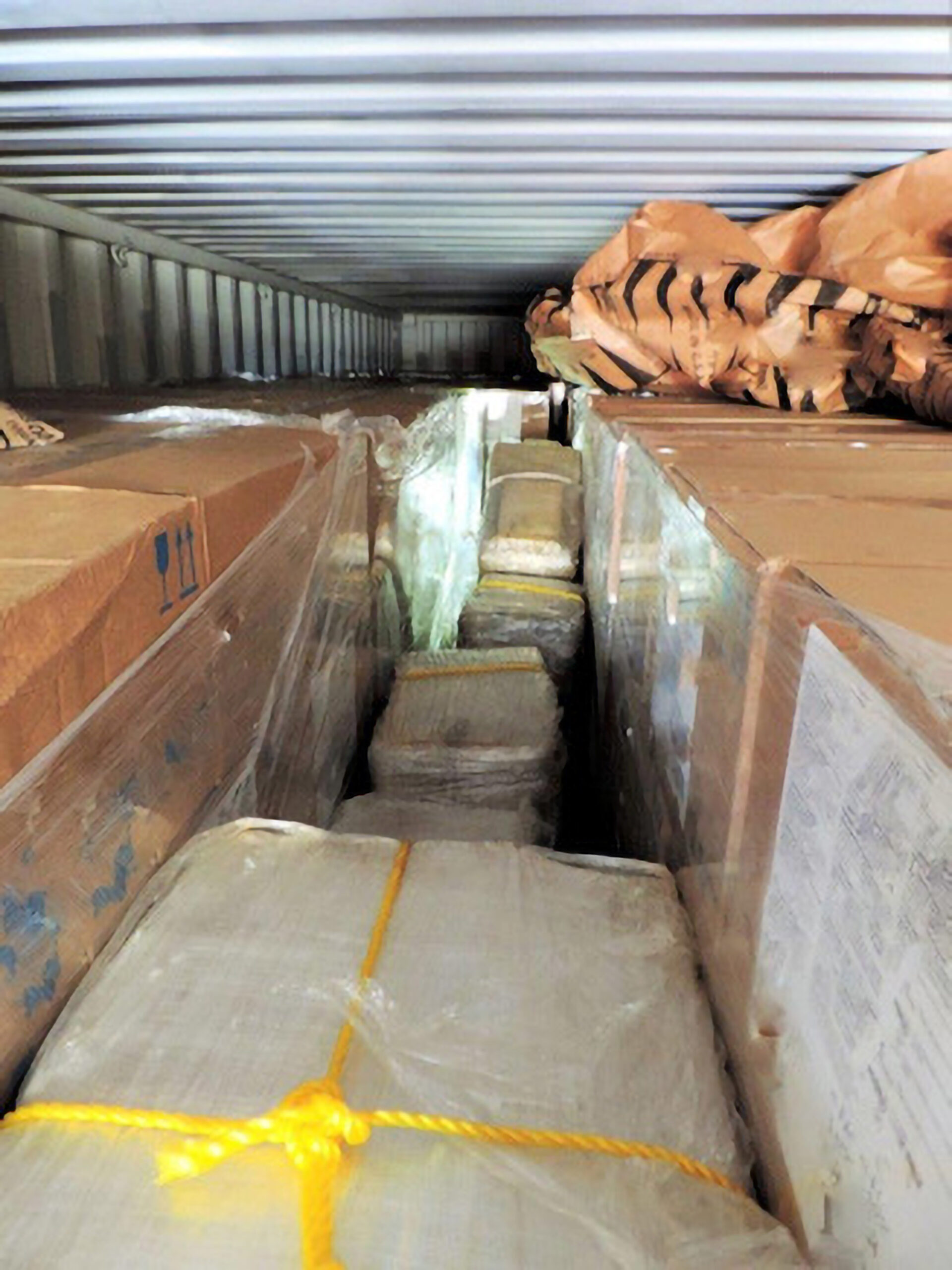 Three people arrested after drug investigators from the Munich customs seized over a ton of cocaine (1,075 kilograms), In Bavaria, Germany in June 2022. (Zoll/Zenger).

Drugs cops have seized more than a ton of cocaine hidden in a container load of medical supplies in southern Germany.

Three suspects were captured in the operation where police confiscated 2,369 pounds of cocaine worth more than $104 million.

The traffickers were caught red-handed as they used bolt cutters to get into a shipping container in Aschaffenburg port on the Main river, southeast of Frankfurt in Bavaria, Germany.

The raid is being reported as one of the largest drug busts in the region.

A special police force arrested three men as they attempted to get the drugs out of the freight container at 3:45 a.m. on June 21, five days after its arrival.

The suspects got to the Main River port in a cargo van. One of them attempted to open the container with bolt cutters.

German authorities revealed details of the operation only now while investigations into the attempted smuggling are continuing.

The three suspects – a Dutch man aged 26 and two Moroccan men aged 22 and 45 based in the Netherlands – were put into preventive custody.

The newspaper reports that the high demand for police units ahead of the latest G7 Summit made planning difficult for those in charge of the investigation.

The G7 Summit took place from June 26-28 at Elmau Castle in Bavaria.

Thousands of officers were sent to the remote rural area ahead of the gathering of political leaders.

Bavarian police think that the drugs were shipped to Europe from the Dominican Republic.

The cocaine was transported from the cargo port of Hamburg via train to Aschaffenburg.

Investigators believe that the recipient of the medical supplies was not involved in the trafficking.

The previous record haul of cocaine in Bavaria amounted to about 1,600 pounds, according to co-chief of North Bavaria’s counter-narcotics police force, Michael Griesmeier.

Griesmeier said: “There has been a sharp increase in the amount of smuggled drugs.

“Ten years ago, we would have confiscated [2,369 pounds] of cocaine in a year. But not in Bavaria, but in the whole of Germany.”

“This development is deeply worrying. It confirms the rising demand for the drug.”

Aschaffenburg is a city with 70,000 residents in northwestern Bavaria. It is situated 30 miles from the Hessian city of Frankfurt and 220 miles from Munich, the capital of Bavaria.