Feline The Squeeze: Greedy Puss Freed After Getting Head Stuck In Food Jar

The greedy kitty had apparently tried to dig its teeth into some snacks that were at the bottom of the plastic container. 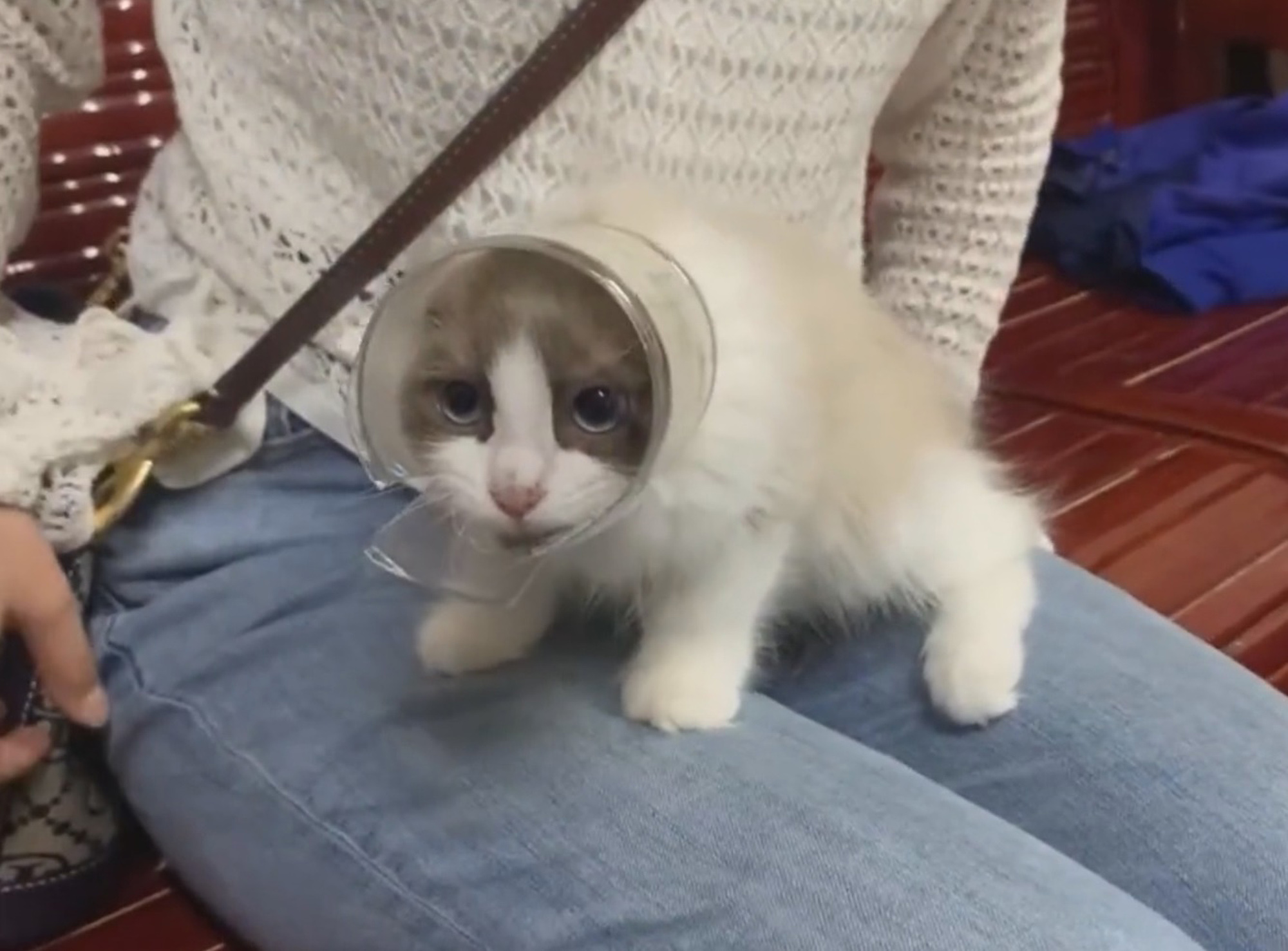 Here is one fatcat that is really in a tight spot after sneaking some snacks from a food jar.

Chinese firefighters released this hilarious video of a greedy kitten that got its head stuck inside a plastic snack jar and had to be rescued.

The firefighters can be heard laughing their heads off during the humorous incident, which occurred on June 12, in Qiandongnan Prefecture, which is located in China’s southwestern Guizhou province.

The greedy kitty had apparently tried to dig its teeth into some snacks that were at the bottom of the plastic container and ultimately got its head stuck in the snack jar’s narrow opening.

Local firemen from the Qiandongnan Prefecture Fire Protection were thankfully able to help the poor creature and recorded the bizarre rescue.

At first, the glutinous kitten’s owner reportedly tried to free it from its plastic-bound prison by pulling it out, but after several failed attempts, she took it directly to the fire station for assistance.

The firefighters were more than happy to take on the task and liberated the poor cat in a matter of minutes.

They used pliers, scissors and other tools and managed to cut the container open.

They later shared the entertaining rescue footage on Douyin, which is what TikTok is called in China, where it garnered widespread attention from social media users and notched up nearly 10,000 likes.

The footage was picked up by Chinese media outlets, who noted how embarrassed the cute cat looked while being freed from the plastic jar.

Douyin users commented on the video, saying that they hope that the firefighters get given this kind of laid-back rescue work more often, with one user, ‘WhatHeiYaosees’, commenting: “I hope they take on this kind of happy little work, with less danger.”

Others took note of the handsome appearance of the kindhearted rescuers and speculated that the cat’s female owner might have been able to free the cat on her own, but chose to visit the good-looking firemen instead.

They joked that this was a rare opportunity and that this sort of mishap could in a way be useful to the pet’s owner if they happened to be single.

One user, ‘little snowflake’, said: “If the cat owner is unmarried and single, the kitten can do a great job”.

Another one, called ‘stranger’, reminded the pet owner to remember to “take a shower and fix your nails” before leaving for the fire station.