The 24th Mechanized Brigade, named after King Danylo, is part of the Ukrainian Ground Forces. 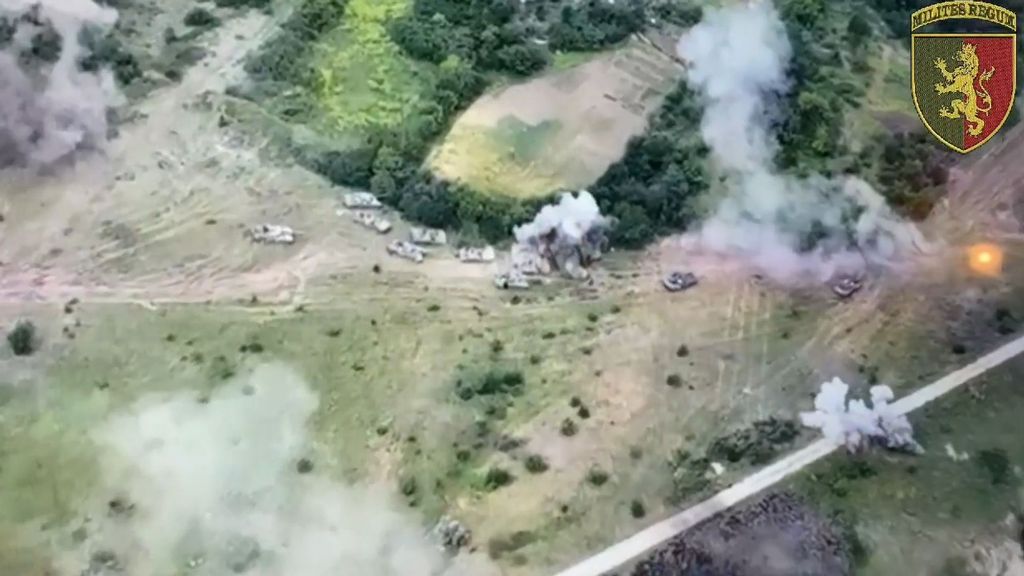 Artillerymen from the 24th separate mechanized brigade shared that they have destroyed a column of Russian tanks and BMPs In the Luhansk region in Ukraine.  (@24th.brigade/Zenger)

Ukrainian soldiers blitzed a column of Russian tanks in rural Luhansk, as these images show.

The 24th Mechanized Brigade, named after King Danylo, of the Ukrainian Ground Forces, said they carried out the attack in the eastern Ukrainian region of Luhansk Oblast.

The Ukrainian brigade said on July 9: “Artillerymen of the Royal Brigade broke up a column of Russian invaders.

“The video shows over a dozen Russian tanks and BMPs covered by our art in the Luhansk region. This column was first stopped and later destroyed.”

We contacted the 24th Mechanized Brigade for further comment, as well as the Russian Ministry of Defense, but haven’t received a reply at the time of writing.

Russia invaded Ukraine on February 24 in what the Kremlin is calling a “special military operation”. July 11 marks the 138th day of the invasion.

Ukraine has summoned the ambassador of Turkey, claiming that Turkey has allowed a Russian ship carrying thousands of tonnes of grain allegedly stolen from Ukraine to leave exports to one of its ports. Kyiv alleges that the vessel is transporting stolen cargo amounting to 7,000 tons of grain.

The resignation of UK Prime Minister Boris Johnson has been met with sadness in the Ukrainian capital Kyiv, most notably by Volodymyr Zelenskyy, who called him a “true friend of Ukraine”.

However, Moscow reacted with delight at the demise of the British Prime Minister, with a Kremlin spokesperson saying: “He doesn’t like us. We don’t like him either.”