The video was obtained from the 80th Air Assault Brigade of the Ukrainian Air Assault Forces. 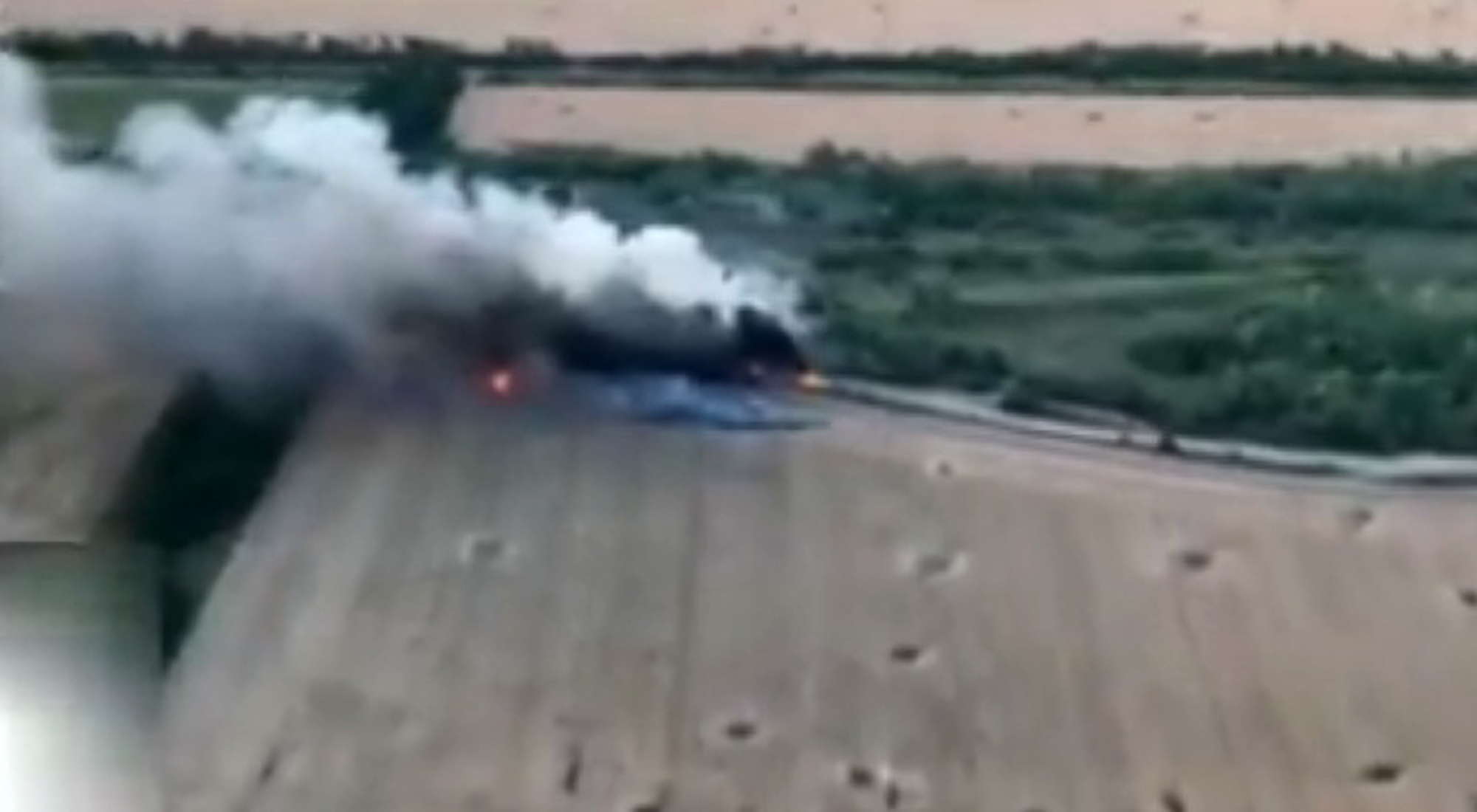 Fighters of the 80 separate amphibious assault brigade of the Armed Forces of Ukraine destroyed Russian tank that was trying to cover the occupying infantry with fire in Ukraine. (@80brigade/Zenger)

A Russian tank has been turned into smoldering remains after Ukrainian paratroopers blew it up and thwarted a push forward by the infantry units that it was covering, as these images show.

The footage was obtained from the 80th Air Assault Brigade of the Ukrainian Air Assault Forces on the evening of Wednesday, July 6, along with a statement saying (in English): “Local victory over the enemy, on the eastern frontline, achieved by strike units of the 80th Airborne Brigade.

“As a result of a well-planned tactical operation, the Lviv paratroopers destroyed a hostile tank that was trying to cover the invaders’ infantry.

“After the tank was eliminated, the enemy’s attack was choked and infantry, left without cover, refused further offensive.

“So, step by step, burning tank after tank, the Armed Forces will win. Glory to Airborne Forces! Glory to Ukraine!”

We contacted the 80th Air Assault Brigade of the Ukrainian Air Assault Forces for further comment, as well as the Russian Ministry of Defense, but haven’t received a reply at the time of writing.

British intelligence has said that the battle for Sloviansk will probably be the next key target for Russian forces. The UK Ministry of Defence said that Russian forces “from the Eastern and Western Groups of Forces are likely now around 16 kilometers [10 miles] north from the town of Sloviansk. With the town also under threat from the Central and Southern Groups of Forces, there is a realistic possibility that the battle for Sloviansk will be the next key contest in the struggle for the Donbas.”

Ukrainian President Volodymyr Zelenskyy has said that heavy weapons from Ukraine’s western allies have finally started working at “full capacity” on the frontlines, with Ukraine’s General Staff denying Russian claims that two US-supplied HIMARS light multiple rocket launchers had been destroyed. They instead said that the weapons were being used to inflict “devastating blows” on the invading forces.