The Security Service of Ukraine released the footage on Thursday, July 7. 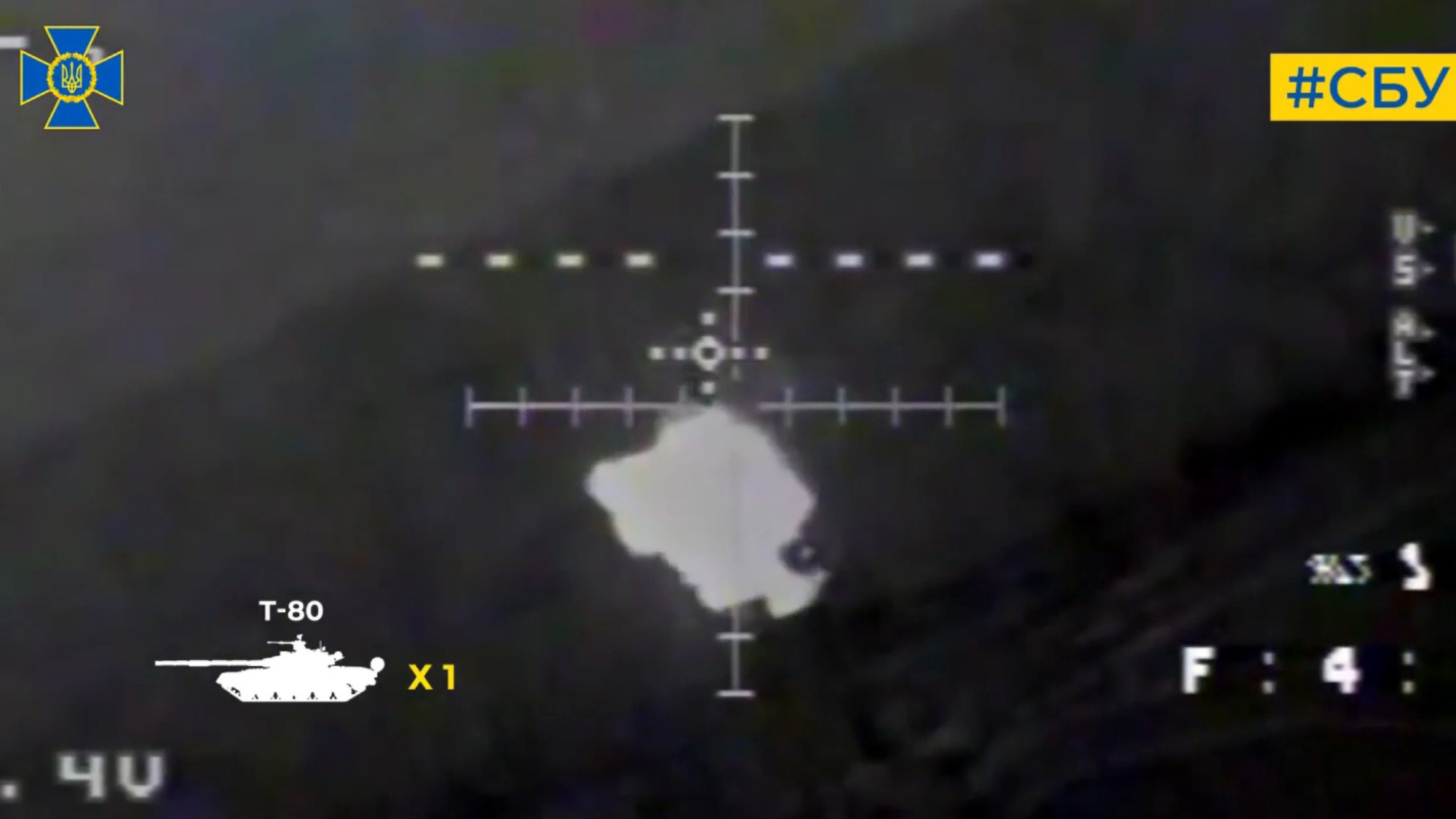 SBU strike drones destroyed three tanks and BMP-2 of the occupiers at once in Ukraine. (@SecurSerUkraine/Zenger)

The footage, which was obtained from the Security Service of Ukraine and which was shot from the drones’ onboard cameras, shows them targeting the Russian war machines from above and dropping bombs on them with pinpoint accuracy, causing them to explode.

The Security Service of Ukraine, releasing the footage on Thursday, July 7, said that they had managed to take out two T-80 tanks, one T-72 tank, and a BMP-2 infantry fighting vehicle in one go.

It is unclear where exactly in Ukraine the footage was shot, but the Security Service said in a statement: “Russian tanks were burning, burning… And our strike drones were circling above them. We hit the enemies where they were not expecting it, but we hit so powerfully – that the statistics of their losses immediately increased!”

We contacted the Ukrainian Security Service for further comment, as well as the Russian Ministry of Defense, but haven’t received a reply at the time of writing.

Russia invaded Ukraine on February 24 in what the Kremlin is calling a “special military operation”. July 8 marks the 135th day of the invasion.

Russia’s Defense Ministry has claimed that it killed Ukrainian servicemen who were trying to raise Ukraine’s flag on the recently retaken Snake Island but Ukraine has denied that any of its servicemen on the island were killed.

Russian forces made no territorial gains in Ukraine on Wednesday “for the first time in 133 days of war”, according to the Institute.

Ukraine has summoned the ambassador of Turkey, claiming that Turkey has allowed a Russian ship carrying thousands of tonnes of grain allegedly stolen from Ukraine to leave exports one of its ports. Kyiv alleges that the vessel is transporting stolen cargo amounting to 7,000 tons of grain.

The resignation of UK Prime Minister Boris Johnson has been met with sadness in the Ukrainian capital Kyiv, most notably by Volodymyr Zelensky, who said that Johnson has been a “true friend of Ukraine”. But Moscow reacted with delight at the demise of the British Prime Minister, with a Kremlin spokesperson saying: “He doesn’t like us. We don’t like him either.”