The footage was obtained from the State Border Service of Ukraine on Friday, July 8. 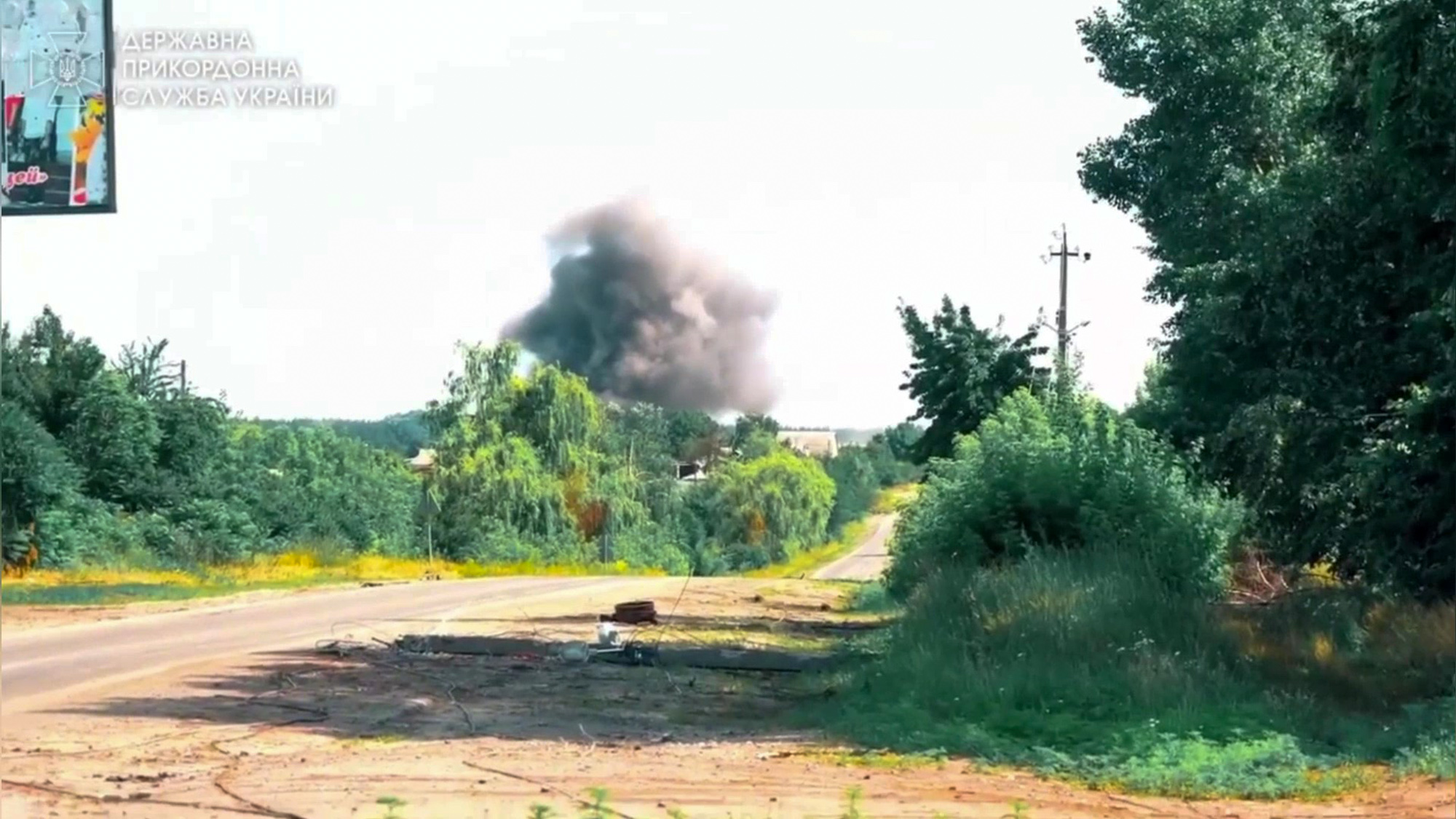 Soldiers of the consolidated border detachment of the State Border Service of Ukraine are pushing units of the Russian army further from Kharkiv, in Ukraine. (@DPSUkraine/Zenger)

Ukrainian soldiers battled to clear the Kharkiv region of Russian forces, as these images show.

The footage was obtained from the State Border Service of Ukraine on Friday, July 8, along with a statement saying: “Ukrainian border guards push units of the Russian army further from Kharkiv. Some of the occupiers were liquidated, some were captured.”

One of the soldiers, unnamed but seen in the footage, reportedly said: “We entered from the side of the forest in three groups, about 20 people in a group. Each group was assigned a Cougar, on which stands a DShK 12.7 and a German MG 42 machine gun.”

The Cougar (MRAP) is an American infantry mobility vehicle built to withstand landmine explosions and IEDs (improvised explosive devices). The DShK 1938 is a Soviet heavy machine gun, while the German MG 42 machine gun was first built in 1942 and is still in use today.

The soldier added: “The armored vehicles move, the fighters follow them, and this method clears the streets. During our movement there were combat clashes with the enemy. They had dugouts and fortified areas, they had their own headquarters there, when we were advancing.

“It was hard to force them out, because when people were underground, it was hard to knock them out of there. They hid in houses, a sniper worked on us. When we squeezed them out, mortar shelling began. A tank with infantry came to their aid, we decided to retreat to the forest for the night. They started shelling the forest. They didn’t come back the next day.”

We contacted the State Border Service of Ukraine for further comment, as well as the Russian Ministry of Defense, but haven’t received a reply at the time of writing.

Russia invaded Ukraine on February 24 in what the Kremlin is calling a “special military operation”. July 8 marks the 135th day of the invasion.

Russian forces made no territorial gains in Ukraine on Wednesday, July 6, “for the first time in 133 days of war”, according to the Institute.

But Moscow reacted with delight at the demise of the British Prime Minister, with a Kremlin spokesperson saying: “He doesn’t like us. We don’t like him either.”

Kazakhstan’s President, Kassym-Jomart Tokayev, has called for a diversification of the country’s oil routes, a day after a court in Russia suspended operations on a major export pipeline.