The footage was obtained from the 45th Separate Artillery Brigade of the Armed Forces of Ukraine along with a statement. 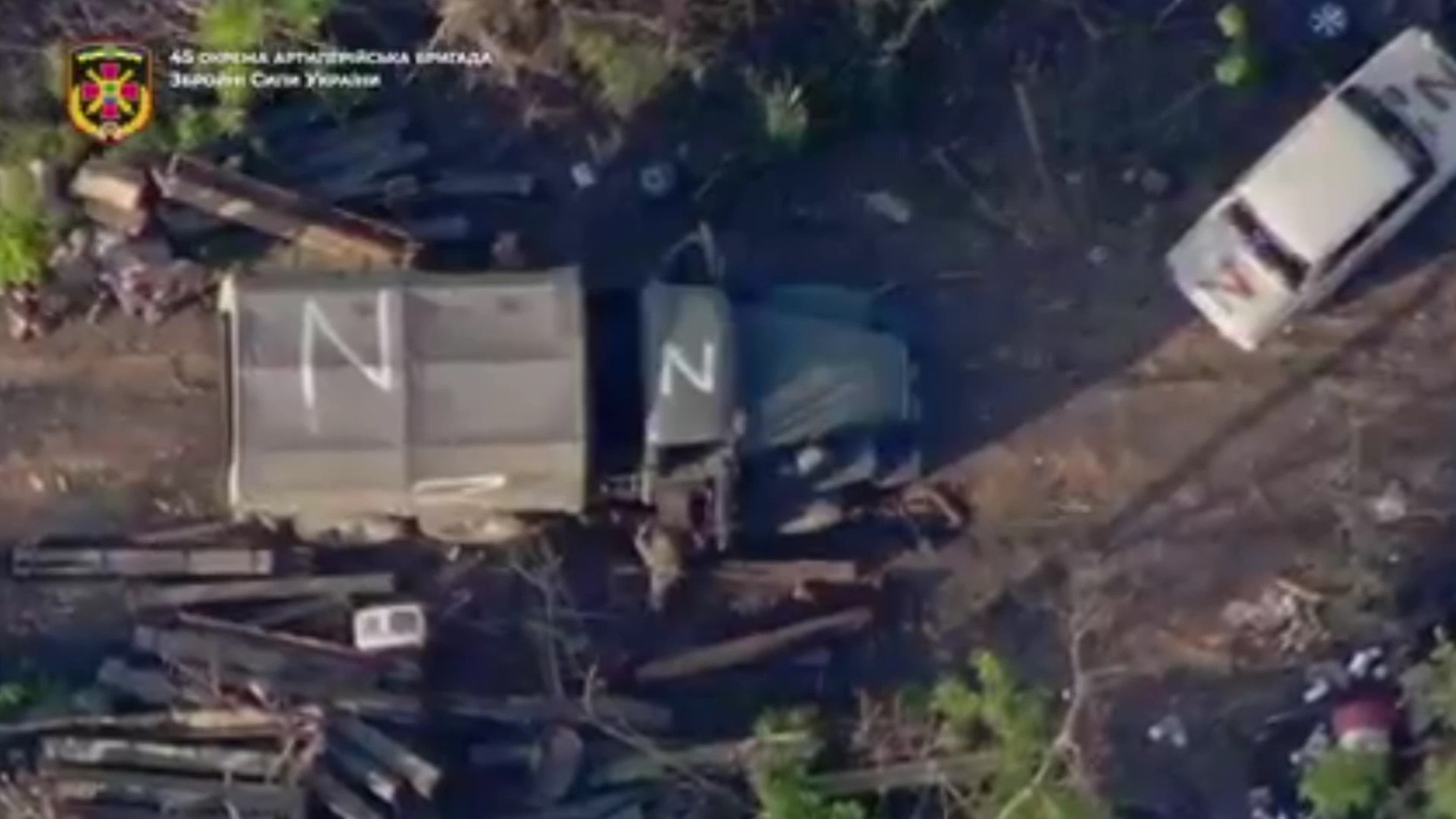 The 45 separate artillery brigade of the Armed Forces of Ukraine destroys Russian occupiers and their military equipment in Dnipropetrovsk region, in Ukraine. (@45oabr/Zenger)

This is how Ukrainian artillerymen are destroying Russian military vehicles in the Dnipropetrovsk region, as can be seen from these images.

The images appear to show Russian military vehicles, some seen sporting the infamous white letter ‘Z’, being spotted hidden among trees in the Dnipropetrovsk Oblast region of central-eastern Ukraine, as the Russian forces push West, before they are obliterated thanks to the handiwork of the 45th Separate Artillery Brigade of the Armed Forces of Ukraine.

The footage was obtained from the 45th Separate Artillery Brigade of the Armed Forces of Ukraine along with a statement saying: “Do you want to know when the war will end?”

They added: “We know that it will end in Victory!”

They said that they were fighting “somewhere in the Dnipropetrovsk region”, adding: “We are getting closer to this moment!”

We contacted the 45th Separate Artillery Brigade of the Armed Forces of Ukraine for further comment, as well as the Russian Ministry of Defense, but haven’t received a reply at the time of writing.

Russia invaded Ukraine on February 24 in what the Kremlin is calling a “special military operation”. July 8 marks the 134th day of the invasion.

British intelligence has claimed that the battle for Sloviansk will probably be the next key target for Russian forces. The UK Ministry of Defense said that Russian forces “from the Eastern and Western Groups of Forces are likely now around 16 kilometers north from the town of Sloviansk. With the town also under threat from the Central and Southern Groups of Forces, there is a realistic possibility that the battle for Sloviansk will be the next key contest in the struggle for the Donbas.”

Ukraine’s President Volodymyr Zelensky has stated that heavy weapons from Ukraine’s western allies have finally started working at “full capacity” on the frontlines, with Ukraine’s General Staff denying Russian claims that two U.S.-supplied HIMARS light multiple rocket launchers had been destroyed. They instead said that the weapons were being used to inflict “devastating blows” on the invading forces.