The video was obtained from the 40th Artillery Brigade of the Ukrainian Armed Forces. 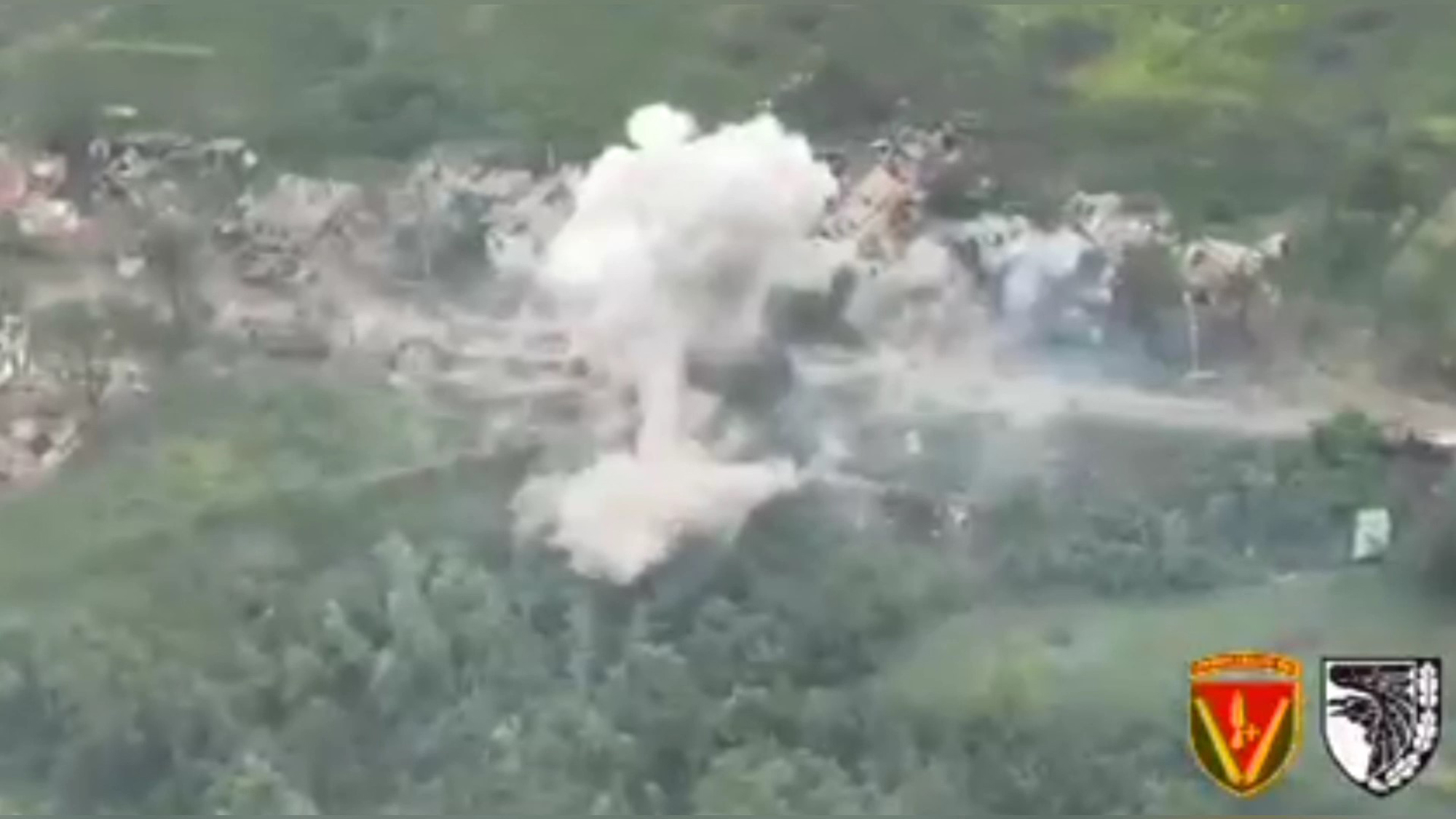 Ukrainian artillery took out a large group of Russian forces including multiple vehicles and joked that they are helping them to provide more “gestures of goodwill”, as these images show.

The footage, shot from a drone, appears to show at least seven Russian tanks and armored personnel carriers hiding among civilian buildings along a road.

The area is then apparently shelled by Ukrainian artillery units, reportedly resulting in the destruction of the Russian tanks and other vehicles.

The footage was also relayed by the Office of Strategic Communications of the Ukrainian Armed Forces.

The Russian Ministry of Defense claimed that the Russian withdrawal from Snake Island in the Black Sea – which is now flying the Ukrainian flag again – was a planned “gesture of goodwill”, leading Ukrainian forces, who shelled their positions for days, to begin jokingly using the expression as a euphemism for retreat or, as appears to be the case here, obliteration.

We contacted the 40th Artillery Brigade of the Ukrainian Armed Forces for further comment, as well as the Russian MoD, but haven’t received a reply at the time of writing.

British intelligence has said that the battle for Sloviansk will probably be the next key target for Russian forces. The British Ministry of Defense said that Russian forces “from the Eastern and Western Groups of Forces are likely now around [10 miles] north from the town of Sloviansk. With the town also under threat from the Central and Southern Groups of Forces, there is a realistic possibility that the battle for Sloviansk will be the next key contest in the struggle for the Donbas.”

Luhansk’s regional governor Serhiy Haidai has accused Russian President Vladimir Putin of carrying out a scorched earth policy, “burning down and destroying everything on their way,” as resistance remains strong in villages around the city of Lysychansk, which recently fell to Russian forces.