Stroke Of Genius: Navy Rescues Trawlerman After Stroke At Sea 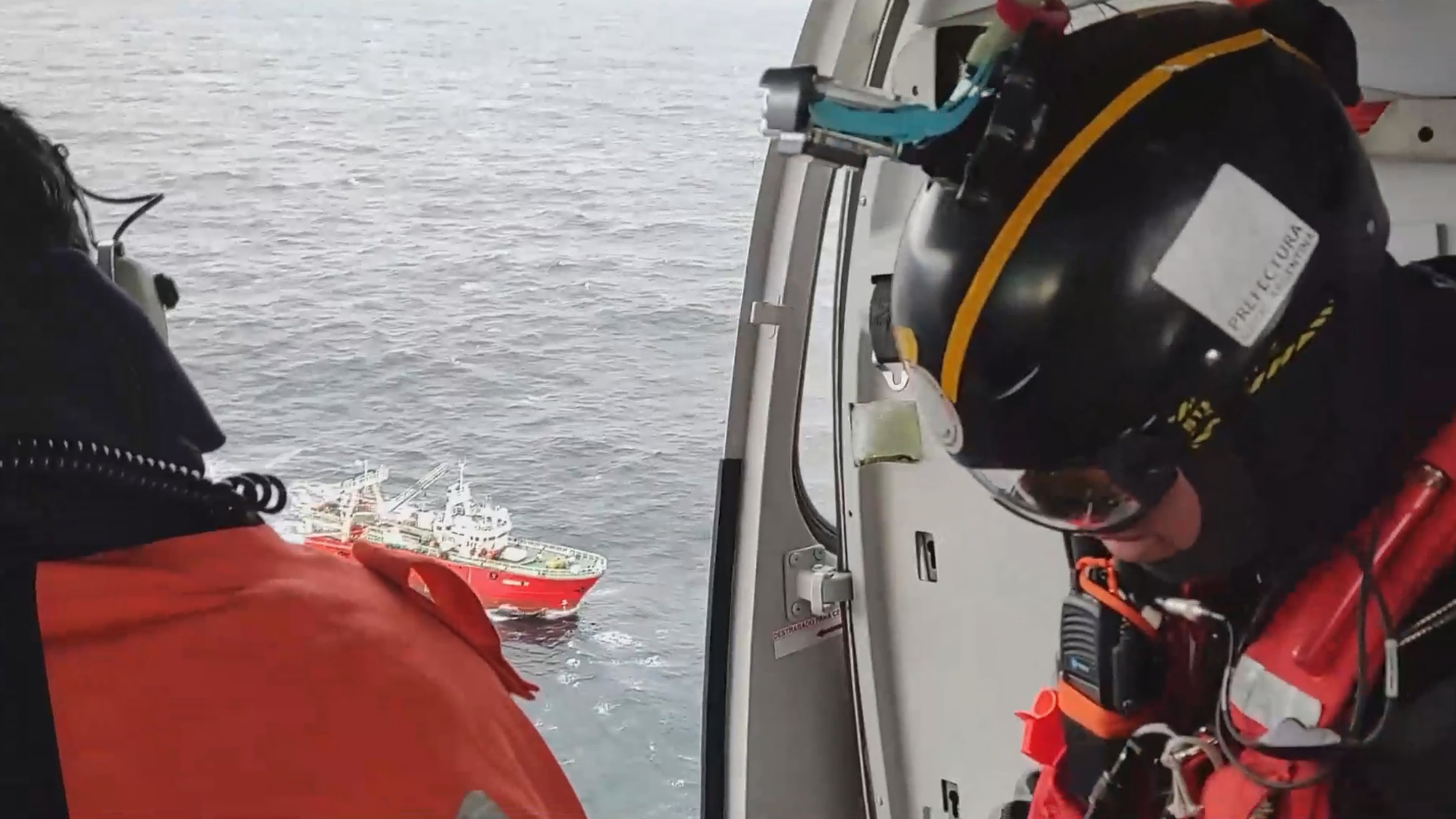 Moment of the rescue operation of the member of the crew in Trelew, Argentina, July 2022. (Prefectura Naval Argentina/Zenger)

Dramatic video shows the moment a navy air rescue team winches a fisherman up to a chopper after he suffered a stroke at sea.

The 55-year-old crewman needed urgent medical attention but his ship was more than 150 miles (250 kilometers) from the harbor off the coast of Chubut, a province in the Patagonian region of Argentina.

Military footage of the maritime drama shows the sick crewman strapped into a stretcher and being winched carefully up to a navy helicopter.

The country’s naval chiefs – the Argentine Naval Prefecture – explained: “A crew member of a fishing vessel who suffered symptoms compatible with a cerebrovascular accident (CVA) and needed urgent medical attention.”

They added: “The emergency situation began when the captain of the Arbumasa XV fishing vessel, flying the Argentine flag, contacted the Comodoro Rivadavia Maritime Traffic Management Center by radio to report that a crew member, who was on medication for diabetes, was suffering from dizziness and numbness in his right arm and leg.

“After follow-up consultations with a Navy doctor by radio, the immediate air evacuation of the 55-year-old man, who was suffering from a possible stroke in progress, was organized.”

The statement went on: “A Navy plane was immediately dispatched and the crew members were the first to arrive at the scene to assess the situation while waiting for the rescue helicopter to arrive.

“Meanwhile, the helicopter departed with the doctor and rescue divers on board.

“On the ship, personnel lowered a stretcher to the deck and airlifted the crew member on board before providing first aid.

“At the same time, personnel coordinated the arrival of the air ambulance at the airport in Trelew City.”

The Argentine Navy added: “Once on land, the man was transferred to a hospital for better care.”

In the footage, the rescue chopper is seen heading towards the fishing vessel at sea before it lowers a stretcher and a medic to three men standing on the deck of the vessel.

The rescue team can then be seen placing the man on the stretcher and he is strapped in and promptly winched onboard the helicopter, which is hovering several feet above the fishing vessel while waiting to receive the patient.

The rescue took place in chilly seas while Argentina is experiencing an austral winter.

The man then receives first aid in the helicopter as it makes its way back to dry land and he is seen being met by officials at the landing site.

There have been no updates on the unnamed man’s condition.