The ‘Z’ is one of the symbols that is often seen painted on Russian military vehicles taking part in the invasion of Ukraine. 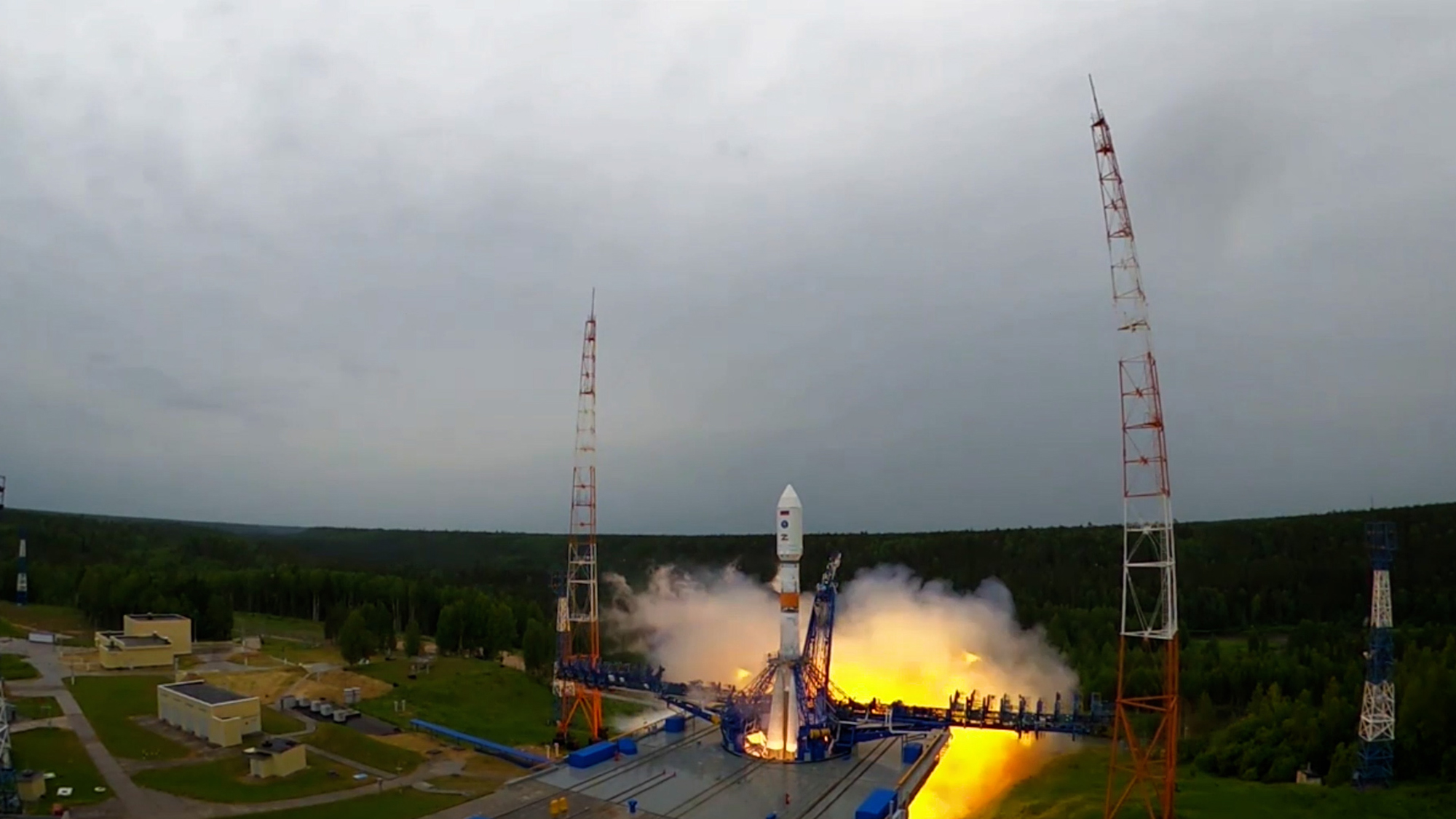 Russia’s Space Force has launched a new satellite into space that promises greater accuracy than ever before.

The footage shows the Soyuz-2.1b medium-class rocket blasting off from the launchpad at the Plesetsk Cosmodrome in the Arkhangelsk region, in north-western Russia, at 09:18 UTC – at 12:18 p.m. Moscow time, according to Russian state-owned news agency TASS – on Thursday, July 7.

It is Russia’s ninth rocket launch overall this year and the fifth military launch so far, with the footage, which was obtained from the Russian Ministry of Defense (MoD), showing the large space rocket bearing the now infamous letter ‘Z’ on its side, blasting off into space.

The ‘Z’ is one of the symbols that is often seen painted on Russian military vehicles taking part in the invasion of Ukraine.

“In 2 minutes after the launch, Soyuz-2.1b carrier rocket connected to ground automated control system of the Main Test and Space Systems Control Center named after G.Titov.

“The spacecraft has been connected to telemetric network and keeps in sustainable contact.” (sic)

The satellite was built by ISS Reshetnev (Information Satellite Systems Reshetnev), a Russian satellite manufacturing company that is a subsidiary of the Russian state corporation Roscosmos.

The new satellite promises to improve navigational accuracy and have a longer lifetime than the previous generation of GLONASS-M satellites, which it was reportedly built to replace, Russian state media has claimed.

And writing in the Russian daily newspaper Nezavisimaya Gazeta on June 16, Alexander Timofeev, an Associate Professor at the Department of Informatics at the Plekhanov Russian University of Economics, claimed: “To date, the error in determining the coordinates of GLONASS is slightly larger than that of GPS: 3–6 meters versus 2–4 meters [10-19 feet versus 6.5-13 feet].

“The use of signals from satellites from both systems at once dramatically increases the accuracy – the average error in this case does not exceed 1.5–3 meters [5-10 feet]. However, GLONASS, unlike GPS, has the ability to reduce the error down to 10 centimeters [4 inches].”

In May, The Times of London reported that Russian GPS jamming actions in Ukraine are pushing the United Kingdom and the United States to seek alternatives to the GPS system. Quoting Jeremy Quin, the Defense Procurement Minister, The Times said that Russian meddling in satellite signals posed a significant threat.

Quin is quoted by the Times as saying: “There is a whole range of capabilities that are being deployed on both sides. We need to learn the lessons from that and continue our own innovative work in the field.”

Russia invaded Ukraine on February 24 in what the Kremlin is still calling a “special military operation.” July 8 marks the 135th day of the invasion.

Russia’s MoD has claimed that it killed Ukrainian servicemen who were trying to raise Ukraine’s flag on the recently retaken Snake Island but Ukraine has denied that any of its servicemen on the island were killed.

But Moscow reacted with delight at the demise of the British Prime Minister, with a Kremlin spokesperson saying: “He doesn’t like us. We don’t like him either.”

Kazakhstan’s President, Kassym-Jomart Tokayev, has called for a diversification of the country’s oil routes, a day after a court in Russia suspended operations on a major export pipeline.