The footage was obtained from the Regional Directorate of the Territorial Defense Forces “East” of the Armed Forces of Ukraine. 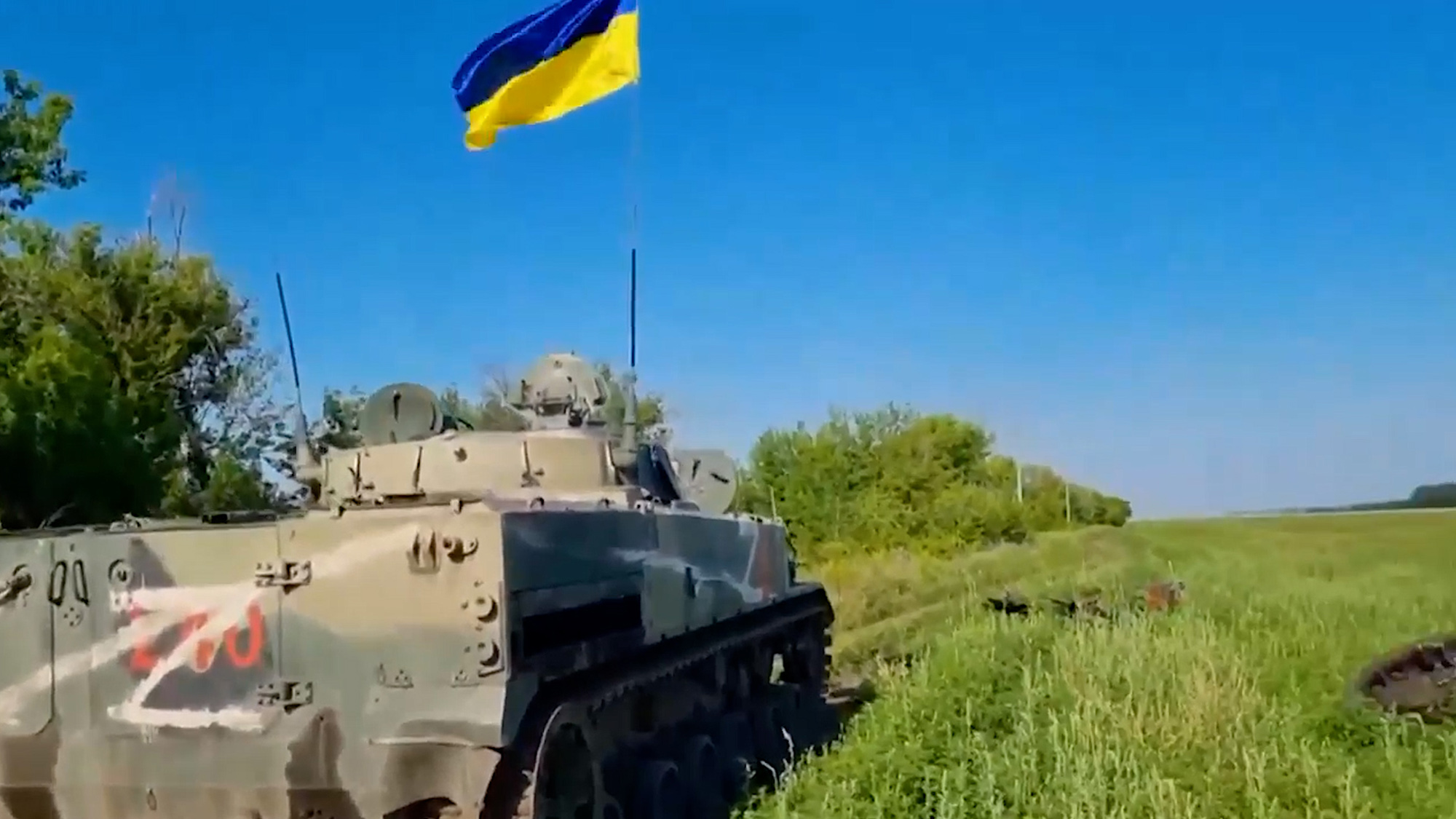 Fighters of one of the units of the Dnipropetrovsk Separate Brigade of the Territorial Defense Forces captured an abandoned enemy BMP-3 in the immediate area of enemy visibility in Ukraine. (@troskhidzsu/Zenger).

A Russian infantry fighting vehicle is now flying Ukrainian colors after it was reportedly captured by reservist troops while under tank and mortar fire, as can be seen from these images.

The footage, obtained from the Regional Directorate of the Territorial Defense Forces “East” of the Armed Forces of Ukraine on Wednesday, July 6, shows Ukrainian troops driving the vehicle, a BMP-3, at speed.

The BMP-3 was first introduced into military service by the Soviets in 1987. It is not unlike a light tank, with the version seen in the footage fitted with a turret and gun, and running on caterpillar tracks.

The Regional Directorate of the Territorial Defense Forces “East” said: “Fighters of one of the units of the Dnipropetrovsk Separate Brigade of the Territorial Defense Forces captured an abandoned enemy BMP-3 in the immediate area of &ZeroWidthSpace;&ZeroWidthSpace;enemy visibility. With a fight, while under mortar and tank fire. Gradually, our subordinate units are becoming mechanized.”

The footage was also relayed by the Armed Forces of Ukraine.

They existed in a semi-organized form from 2015 to 2021, but they were officially, formally organized into a unified force in 2022, with many reservists being called up for active duty as a result of Russia’s invasion.

We contacted the Regional Directorate of the Territorial Defense Forces “East” for further comment, as well as the Russian Ministry of Defense, but haven’t received a reply at the time of writing.

British intelligence has said that the battle for Sloviansk will probably be the next key target for Russian forces. The UK Ministry of Defense said that Russian forces “from the Eastern and Western Groups of Forces are likely now around 16 kilometers [10 miles] north from the town of Sloviansk. With the town also under threat from the Central and Southern Groups of Forces, there is a realistic possibility that the battle for Sloviansk will be the next key contest in the struggle for the Donbas.”