The footage was obtained from the Russian Ministry of Defense (MoD) on Friday, July 8. 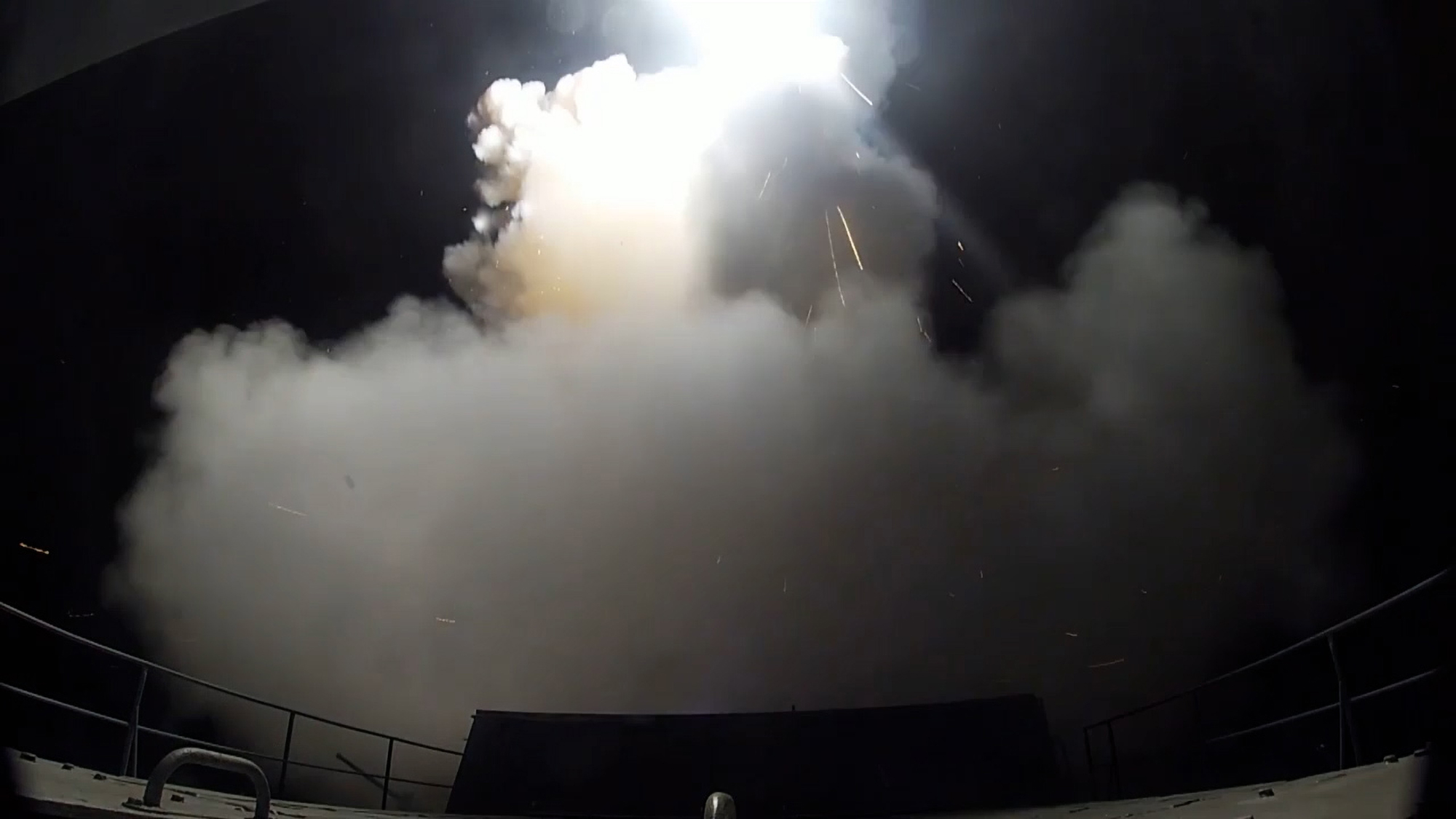 Russia has claimed that it has destroyed two Harpoon coastal missile systems delivered to Ukraine from the United Kingdom, with this footage allegedly showing Russian missile strikes on Ukrainian targets.

The footage, obtained from the Russian Ministry of Defense (MoD) on Friday, July 8, appears to show missiles being launched from a naval vessel at night. It then apparently shows them honing in on targets in Ukraine.

It is currently unclear if this footage shows the alleged Russian attack on Ukrainian weaponry obtained from the U.K. but the Russian MoD released it along with a statement in English in which they claimed: “The Armed Forces of the Russian Federation continue the special military operation in Ukraine.

“Up to 290 Ukrainian servicemen and 29 units of armored vehicles and equipment have been destroyed as a result of shelling of positions of 188th Battalion of 123rd Territorial Defense Brigade near Ochakov, Nikolaev Region.

“Russian Aerospace Forces have neutralized temporary deployment point of 241st Territorial Defense Brigade near Nikolaev. The attacks have resulted in the elimination of more than 85 nationalists and up to 15 units of AFU [Armed Forces of Ukraine] weapons and military equipment.

The Harpoon missile system is an anti-ship missile that was developed by the United States. It is used by a large number of countries, including NATO countries. The British Royal Navy is known to deploy Harpoon missiles on a number of its vessels.

Denmark, a founding member of NATO, said it had supplied Ukraine with Harpoon missiles in May. And in June, the United States and the United Kingdom both announced that they were supplying Ukraine with them. Ukraine said on June 17 that it had sunk a Russian vessel making its way to Snake Island with personnel and weaponry onboard using a Harpoon missile.

Russia invaded Ukraine on February 24 in what the Kremlin continues to call a “special military operation.” July 8 marks the 135th day of the invasion.

But Moscow reacted with delight at Johnson’s resignation, with a Kremlin spokesperson saying: “He doesn’t like us. We don’t like him either.”