Popcorn With Zenger: ‘Thor: Love And Thunder’ Is Childish And Weirdly Anti-Hero

The title character of Thor has become the worst aspect of his own movie.
By Jacob Smith July 11, 2022
Facebook
Twitter
Linkedin
Email 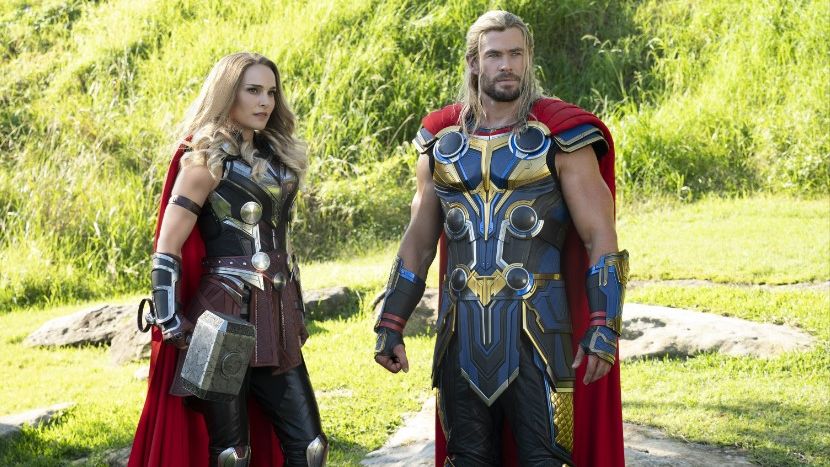 Its stock is down about 35% since January. The company went to war with Florida Gov. Rob DeSantis, which led to the cancellation of Disney’s tax and governing exemptions in the state.

“Lightyear” bombed at the box office and after four weeks, the film has yet to recoup its $200 million production budget — making a potential loss of more than $150 million.

Disney needs a movie hit — and the initial results of “Thor: Love and Thunder” are promising. It made $29 million at the box office July 7 in its early preview screenings, according to The Wrap. It opens wide on 4,375 screens the weekend of July 8.

But is it worth seeing?

It has been almost five years since Thor had a solo movie and Oscar-winning director Taika Waititi (“Jojo Rabbit”) is back after receiving positive buzz for “Thor Ragnarok.” This time, actress Natalie Portman returns to the franchise and despite this being a Thor solo movie, Odinson isn’t the only person under the “Thor” mantle.

The Story: “Thor: Love & Thunder” begins after the events of “Avengers: Endgame.” Thor (Chris Hemsworth) has gotten back into shape and teamed up with The Guardians of the Galaxy as they travel from planet to planet, saving its inhabitants. After receiving a distress signal from Sif (Jaimie Alexander), Thor is made aware of super-villain Gorr the God Butcher (Christian Bale), an ancient being that wields the Necrosword, a weapon with the power to kill gods, like Thor.

As Thor looks for a way to stop Gorr on Earth, Dr. Jane Foster (Portman) Thor’s ex-girlfriend, is dealing with the effects of stage 4 cancer. Unbeknownst to Thor, Jane has taken his old hammer Mjolnir and has become “The Mighty Thor.” However, every time she uses the hammer to strengthen herself, her body is unable to fight off the cancer. That means every time she uses it, the worse her health gets. Thor must partner with Jane and King Valkyrie (Tessa Thompson) to stop Gorr, who plans to wipe out every god in the universe.

Bright Spots: “Love & Thunder” feels like a “Thor” movie when audiences are introduced to characters we haven’t seen in a few years. We see Thor with Chris Pratt and the Guardians, who essentially make a cameo appearance. They provide lighthearted entertainment, a contrast to the two darker storylines.

Gorr is a warrior betrayed by a god he worshipped, losing his daughter in the process. Back on Earth, Jane is accepting her fate — a cancer-stricken woman whose gift of temporary God-like powers comes at a price. The final act of the movie has impressive black-and-white imagery that works perfectly with the ending. There is also a short scene with Hemsworth acting with his real-life daughter, which is touching if you know it’s his daughter. Otherwise, the scene borders on cringe-worthy for the casual viewer. Praise for this film ends after the first 25 minutes.

Weak Spots: “Love & Thunder” is nihilistic in its worldview. While the storyline justifies a villain that has a hatred of gods in general, the film goes a step further, tearing down the idea of heroes and faith. Russell Crowe plays Zeus, a figure of inspiration to Thor, as a complete joke.

Crowe’s cartoonish portrayal is meant to drive home a larger message: Heroes are not good people, and the gods are awful people in their own right. Modern movies often rewrite the concept of heroism, positing it as flawed.

As for the writing, the film is all over the place; it rarely makes sense. The opening act presents three different stories with three different tones, yet fails to mesh them together into a coherent plot line.

“Love and Thunder” attempts to be a rom-com between Thor and Jane (and sometimes his weapons, while Jane deals with the reality of cancer. The seriousness of Jane’s morality is overshadowed by Taika Waititi’s need to inject comedy where it’s needed, a trope that is unbearable in “Jojo Rabbit.”

Chris Hemsworth has described Taika Waititi’s directorial style as “an inner child running wild.” He said “Love and Thunder” is a film “a 7-year-old would make.” This is the most accurate description of this movie. In a film that attempts to tackle the issue of terminal cancer, Taika Waititi deals with the subject in a comedic fashion — which only makes sense if the director has the mental state of a child.

Another problem is the film’s desire to tear down its titled character.

Since the creation of Jane Foster’s Thor in the recent adaption of the Marvel Comics, debate has raged over whether Jane can be a “Thor” — in spite of the fact that Thor is the name of Odinson, not a mantle. The filmmakers don’t agree, as the movie refers to Jane as “The Mighty Thor.” At one point, it even turns a series of characters into “Thor,” relegating the character to various powers claimed by anyone diminishing the effectiveness of the title role.

The Takeaway: There are a mountain of problems here: The film’s reliance on popular 1980s music; CGI that looks odd for a movie budgeted at $250 million; and the recurring theme of Thor needing to “find himself,” which has been done to death over 11 years. But the most criminal aspect of “Love and Thunder” is the titled character of Thor becoming the worst aspect of his own movie.

See or Skip: “Thor: Love and Thunder” is the worst MCU film not named “Eternals.” If Disney holds its breath on this movie saving summer, it may suffocate.