The house fire took place in the 1300 block of Pheasant Lane, in Winston-Salem, North Carolina, on Tuesday, July 5. 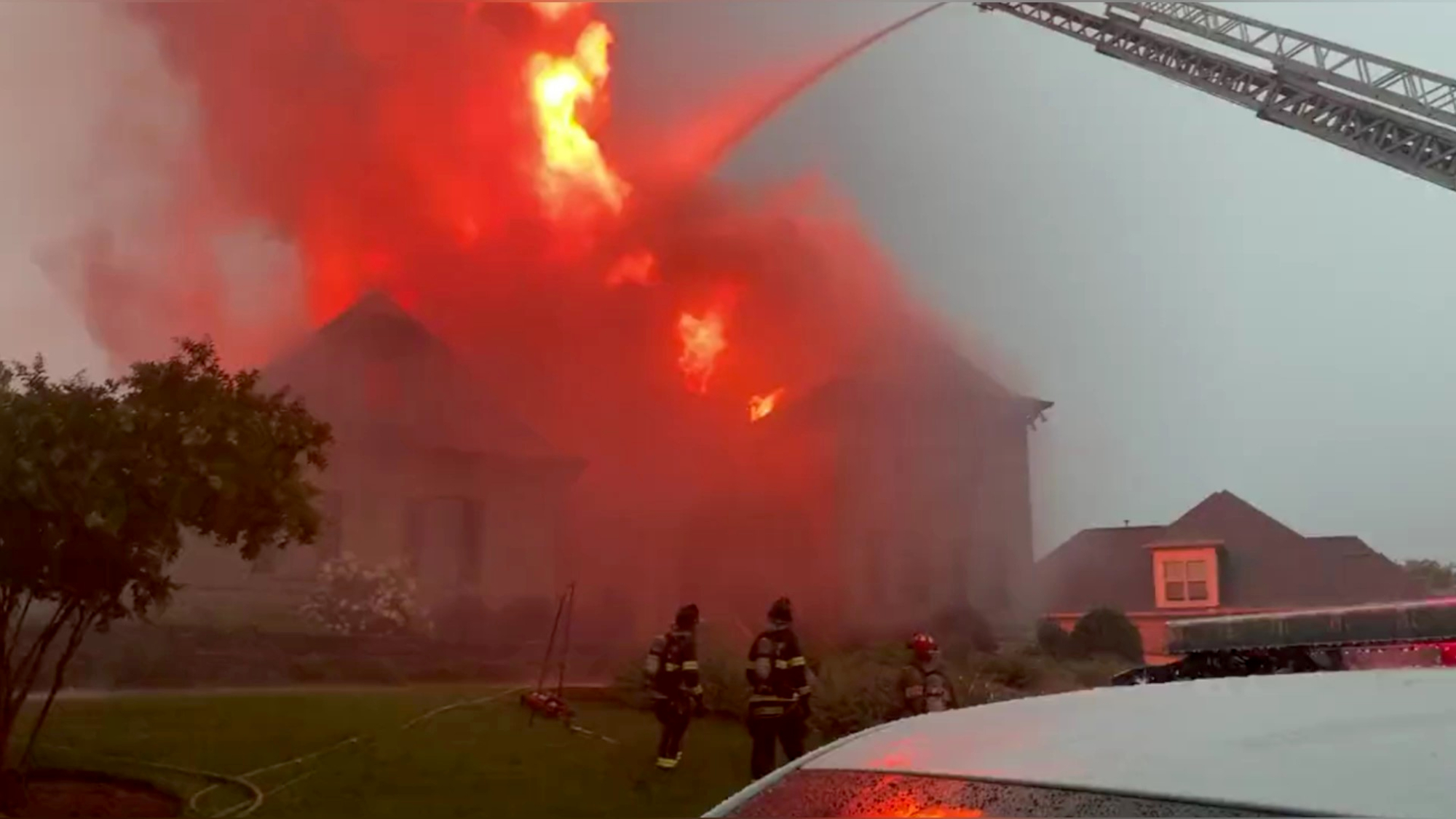 Winston-Salem home caught fire after being struck by a lightning in July 2022. (@cityofwsfire/Zenger)

North Carolina firefighters battled intense flames after a house was struck by lightning during a massive storm, sparking a massive blaze, as can be seen from these images.

The house fire took place in the 1300 block of Pheasant Lane, in Winston-Salem, North Carolina, on Tuesday, July 5.

These images were obtained from the Winston-Salem Fire Department and show firefighters battling the intense flames spreading across the property’s roof. A first piece of footage appears to show firefighters arriving on the scene, with smoke billowing from the building.

The second piece of footage shows the firefighters attempting to put out the blaze, with flames seen erupting from the roof of the house.

A ladder extending from a fire truck can be seen shooting water out of a hose at the massive blaze burning through the roof of the home. Three firefighters can be seen standing in front of the house while the hose tackles the blaze.

The local authorities confirmed that the blaze had been caused by a lightning strike. Residents were reportedly inside the house when the blaze started, but got out in time and no injuries were reported.

The fire followed a strong storm in the area that included a torrential downpour and warnings of flash floods in several counties in the state, including Forsyth, Randolph, Alamance, and Guilford.

Firefighters also responded to another house fire in the area later the same evening.

According to the fire department, that blaze took place at an empty home on Keehlen Avenue in Winston-Salem. Reports said lightning was not the cause on that occasion and the incident remains under investigation.

Meanwhile, harsh weather conditions were expected to continue in the region over the next few days.

North Carolina and South Carolina were affected by Storm Colin on Saturday, July 2, according to the National Hurricane Center and the Central Pacific Hurricane Center, with the storm skimming along the East Coast before heading back out to sea.

The storm had quickly formed early on that morning, with tropical storm warnings in effect in many parts of the coastal areas of South Carolina and North Carolina. The storm was expected to be heading away from the U.S. and out to sea by evening on Sunday, July 3, after battering North Carolina with scattered showers, thunderstorms, and gusting winds.

Warnings were in effect with potentially life-threatening surf and rip currents hitting the coast.

«Previous Post
Tanks A Lot: Ukrainian Forces Joke They Are On Safari To Create A Russian Tank Cemetery»Next Post
Russia Claims To Have Destroyed Harpoon Missile Systems Given To Ukraine By Britain