Flipping Heroes: Rescuers Save Florida Woman After She Crashes Into Canal

The rescue was filmed on Maytown Road in the city of Oak Hill, which is located in Volusia County, in the U.S. state of Florida, on July 5. 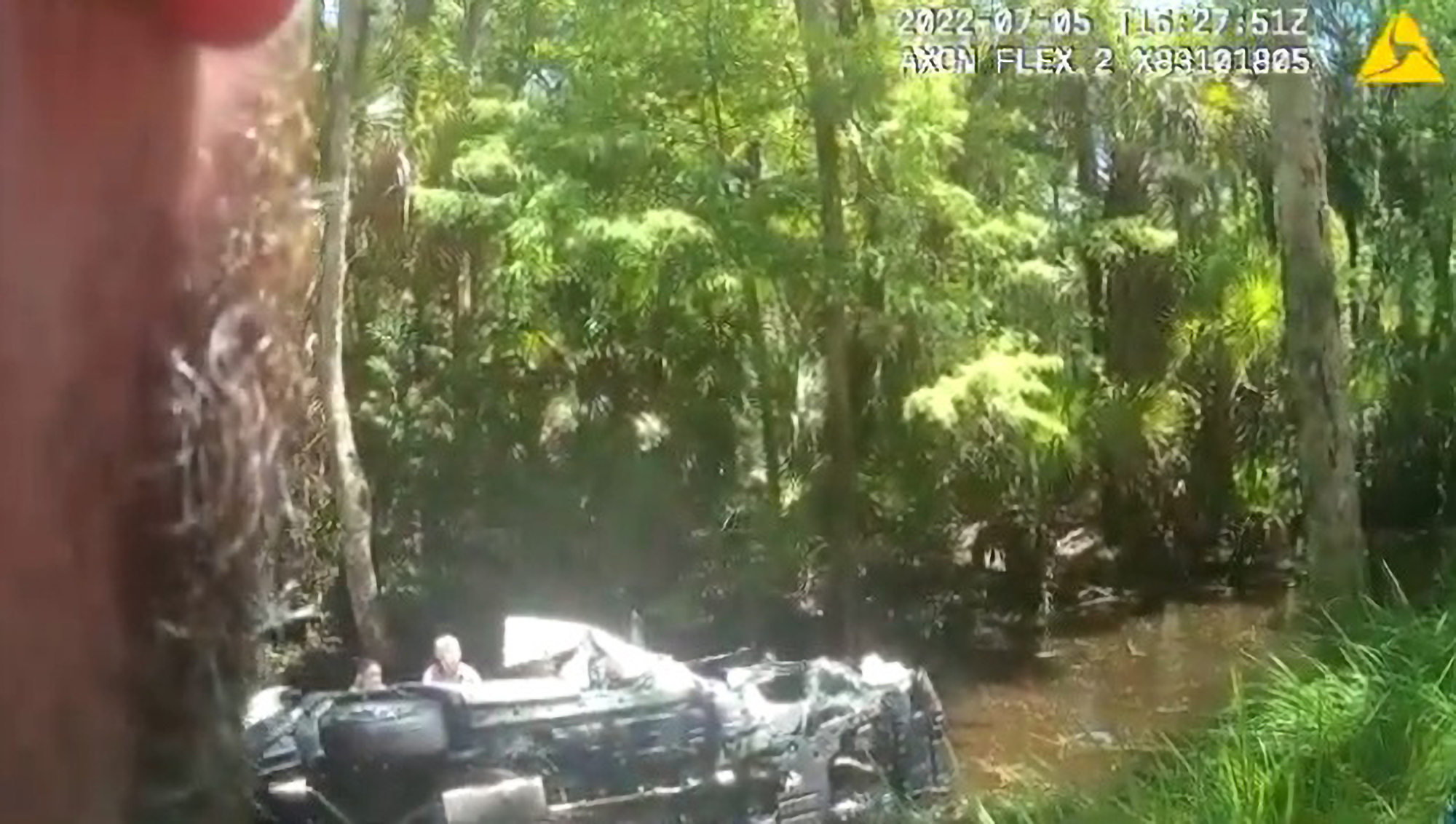 This is the moment first responders rescue a woman who veered off the road and landed in a canal where she was found unconscious and underwater.

The rescue was filmed on Maytown Road in the city of Oak Hill, which is located in Volusia County, in the U.S. state of Florida, on July 5.

The police said that the woman veered off the road and crashed into the water, where her vehicle ended up overturning.

Police officers, firefighters and good Samaritans on the scene helped to push the woman’s SUV upright.

Rescuers then found the woman underwater and unconscious, but still with a pulse, and dragged her out of the crashed vehicle.

The victim was carried to a nearby ambulance on a stretcher before being admitted to a hospital in critical condition.

The police said she is still fighting for her life and they hope she pulls through to make a “full recovery” soon.

The Volusia County Sheriff’s Office said in a statement on July 6: “Yesterday, after an SUV veered off Maytown Road in Oak Hill and overturned in the water, deputies, witnesses and Volusia County firefighters worked together to push it upright.

“They were able to rescue the driver, who’d been submerged and unconscious but still had a pulse.

“She was transported to the hospital in critical condition and she’s still critical, fighting for her life today.”

The police added: “Thank you to this whole crew for giving her a chance! We’re all pulling for a full recovery.”

In the police body-cam footage, two witnesses are seen standing in the water next to the overturned SUV, informing the filming cop that the woman is trapped inside.

The officer wades into the water to assist the good Samaritans and asks some onlookers for help, so that they can push the vehicle upright.

The rescuers are heard struggling as they strain to push the SUV upright in the water and get the driver’s door open to save the woman.

The cop finds that the vehicle’s airbag has inflated and calls for a blade while trying to reach the unconscious driver.

The scene cuts and firefighters are then seen helping the officer get the woman onto a stretcher before carrying her out of the canal and back onto Maytown Road for further treatment.

Emergency vehicles are seen parked by the grass verge to assist the unconscious victim.

There have been no further updates on the female driver’s current condition.