The footage was obtained from the Ground Forces of the Armed Forces of Ukraine on Thursday, July 7. 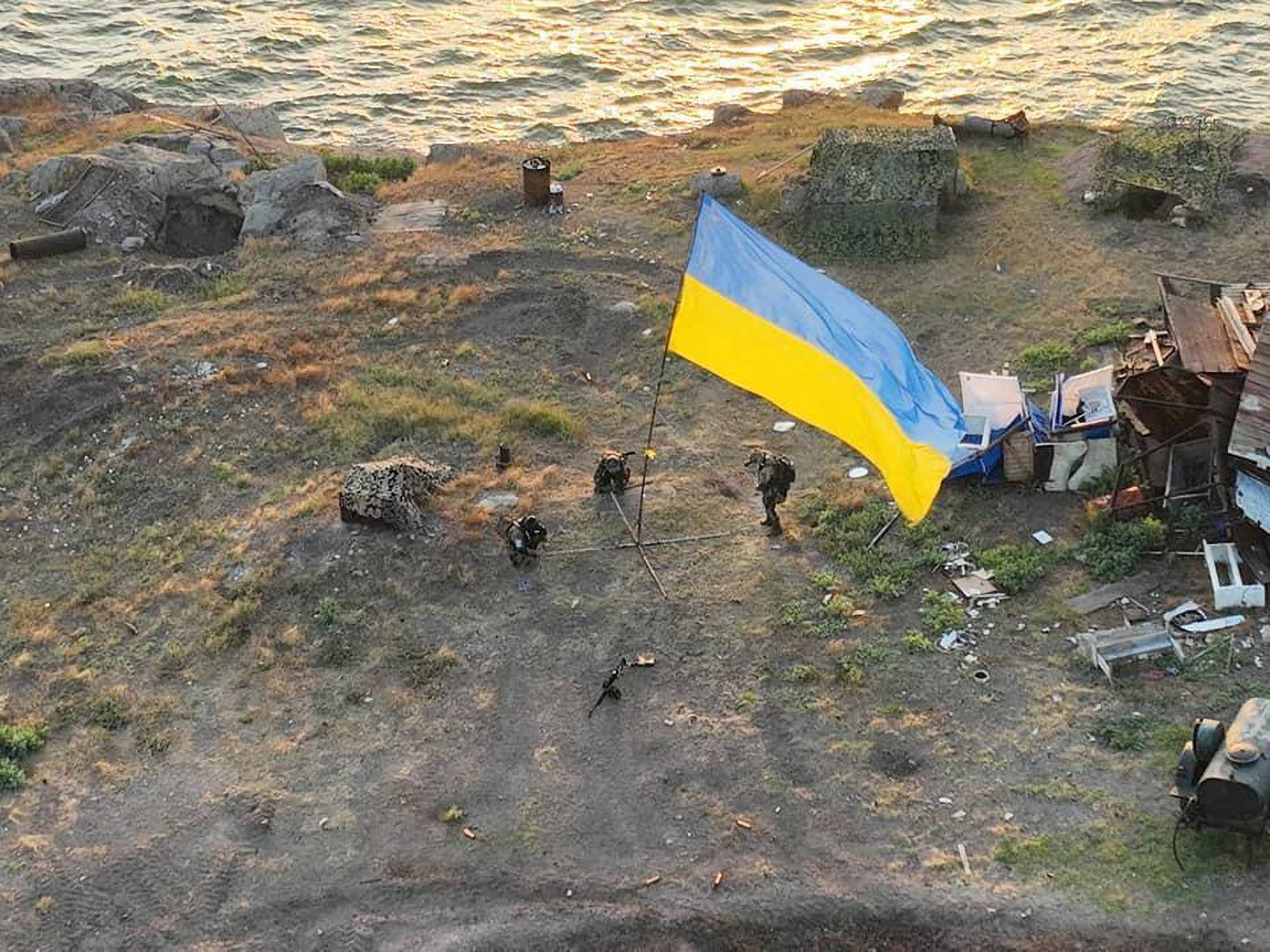 The flag of Ukraine flies again on Snake Island in Ukraine. (@AFUStratCom/Zenger)

New, graphic video images show the Ukrainian flag flying once more over Snake Island in the Black Sea after Russian troops were forced to abandon it.

Soldiers can be seen setting up the flag before one of them walks over to a pile of rubble that was once a building. He picks up a large chunk of concrete or rock and heads back over to the flag, which can be seen rippling in the wind. He places it at the base of the flag to keep it in place as the footage ends.

StratCom said: “The Ukrainian flag has been installed again on Zmiinyi Island!”

Snake Island, also known as Zmiinyi Island, is part of Ukraine and is located in the Black Sea. It was recaptured by Ukrainian forces after the Russians abandoned it following heavy shelling.

The Commander-in-Chief of the Armed Forces of Ukraine, Valery Zaluzhny, 48, previously said: “Unable to withstand the fire of our artillery, missile and air strikes, the occupiers left Snake Island.”

But Andriy Yermak, 50, the Head of the Presidential Administration of Ukraine, derided the Russian statement, saying that “all this is a complete fake”, adding that “the Ukrainian Armed Forces drove the Russians out of Snake Island.”

Russia invaded Ukraine on February 24 in what the Kremlin is still calling a “special military operation.” July 7 marks the 134th day of the invasion.

British intelligence has said that the battle for Sloviansk will probably be the next key target for Russian forces. The UK Ministry of Defense said that Russian forces “from the Eastern and Western Groups of Forces are likely now around 16 kilometers [10 miles] north from the town of Sloviansk. With the town also under threat from the Central and Southern Groups of Forces, there is a realistic possibility that the battle for Sloviansk will be the next key contest in the struggle for the Donbas.”