Thanks A Million: Ex-British Soldier To Deliver Over $1M Worth Of Supplies To War-Torn Ukranians

Ryan said: “The people of Ukraine are absolutely ecstatic, they won’t stop thanking us and trying to feed us. 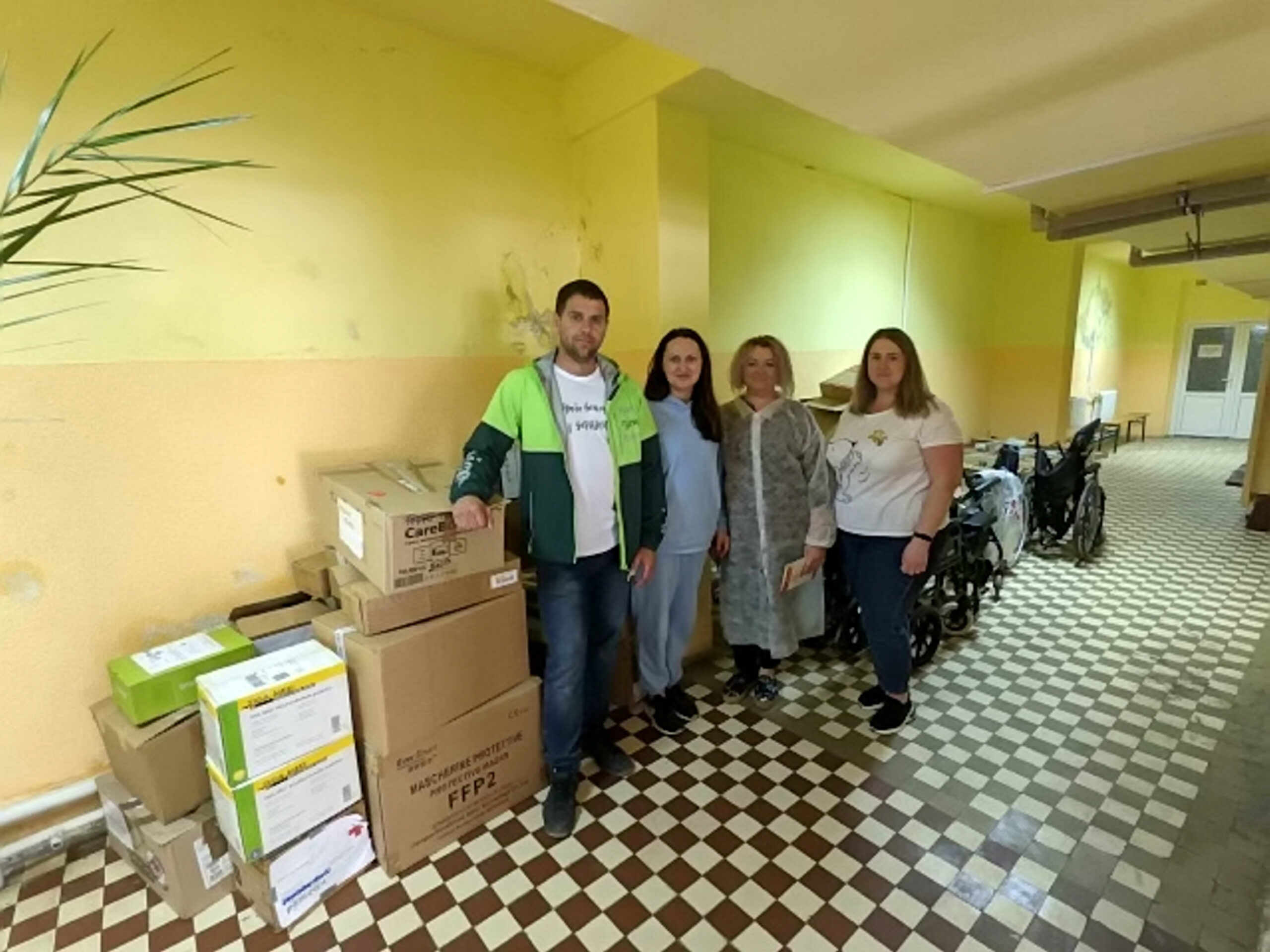 An ex-British soldier who served in Afghanistan has headed back into a combat zone - to deliver more than $1 million worth of supplies to war-ravaged Ukranians. (Simon Galloway, SWNS/Zenger)

An ex-British soldier who served in Afghanistan has headed back into a combat zone – to deliver more than $1 MILLION worth of supplies to war-ravaged Ukrainians.

Ryan Yates, 34, has been in the bombed-out country since day five of Vladimir Putin’s invasion that started on February 24.

He has distributed Personal Protection Equipment (PPE), first aid kits, and four hydraulic beds worth more than $60,000 each to desperate locals as part of a charitable effort.

Ryan said: “The people of Ukraine are absolutely ecstatic, they won’t stop thanking us and trying to feed us.

“People are donating whenever they can, we just stopped off at a service station in Germany and someone saw us so donated.”

“I’m so thankful for the support we’ve had so far, it really does mean the world to myself and the rest of the Veterans Army.

“What is currently happening in Ukraine should not be happening in this day and age but it’s been fantastic to see us unite to help those who need it most.

“I’ve also been completely blown away by the spirit of the Ukrainian people and to see how appreciative they are has been truly heart-warming.”

Ryan, who is the founder of the charity Veterans Army, raised nearly the equivalent of $42,000 by crowdfunding for supplies.

The ex-soldier, who went on two tours of Afghanistan, decided to help as he thinks the invasion “completely wrong,” has made 17 medical equipment deliveries and five humanitarian deliveries where he donated food, water and shelter.

But Ryan and his team of six ex-soldiers may have to return to the United Kingdom for good as they have seen a significant drop in donations.

He currently has over 20,000 bottles of water in England ready to send to Ukraine, but cannot send them over because he cannot afford the nearly $6,000 needed to ship them over.

Ryan said: “To now be able to say that we have delivered over 1 million pounds [$1.2 million] worth of medical aid is a huge achievement but it’s no time to rest on our laurels as there’s still so much work to be done.

“This is why I’m asking for help from absolutely everyone.

He added that he is ‘committed to doing what he can’ and will stay in Ukraine for the duration of the war if he has the support and money to fund it.