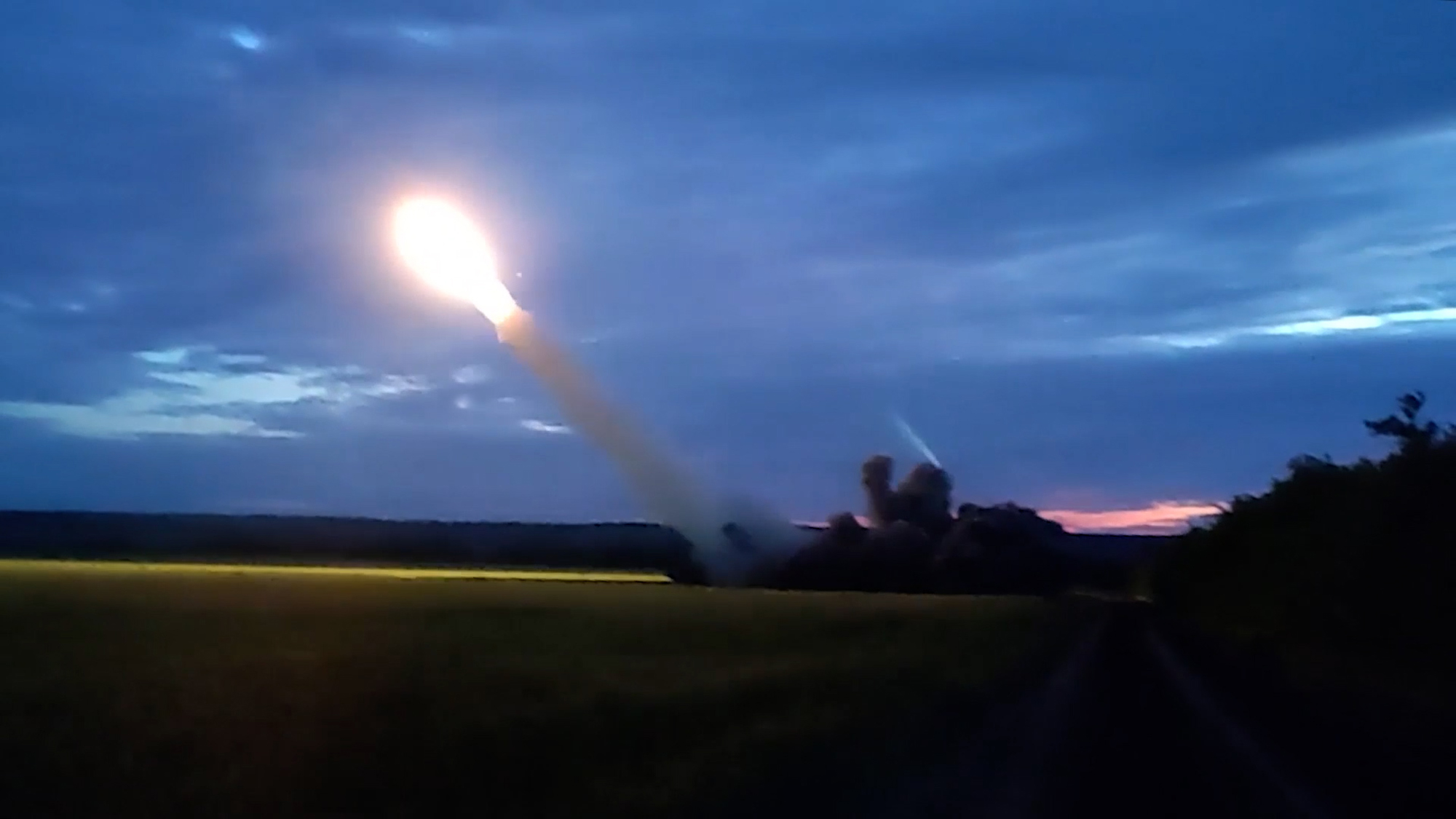 Grad MLRS of the Western Military District while carrying out fire missions to destroy AFU position in Ukraine. (@mod_russia/Zenger)

The Russian Ministry of Defense (MoD) has released these images allegedly showing how its Grad multiple launch rocket systems (MLRS) are unleashing salvos of ordnance on unseen Ukrainian positions before hastily changing location in a bid to avoid being hit by return fire.

The images were obtained from the Russian MoD on the morning of Thursday, July 7, along with a short statement claiming that the images show “Grad MLRS of the Western Military District while carrying out fire missions to destroy AFU [Armed Forces of Ukraine] positions.”

The Russian MoD also claimed in a statement (in English): “In total, 234 Ukrainian airplanes and 137 helicopters, 1,479 unmanned aerial vehicles, 353 anti-aircraft missile systems, 3,935 tanks and other armored combat vehicles, 724 multiple launch rocket systems, 3,102 field artillery and mortars, as well as 4,064 units of special military vehicles were destroyed during the operation.”

Russia invaded Ukraine on February 24 in what the Kremlin is still calling a “special military operation.” July 7 marks the 134th day of the invasion.

The UK Ministry of Defense stated that Russian forces “from the Eastern and Western Groups of Forces are likely now around 16 kilometers [10 miles] north from the town of Sloviansk. With the town also under threat from the Central and Southern Groups of Forces, there is a realistic possibility that the battle for Sloviansk will be the next key contest in the struggle for the Donbas.”

Ukrainian President Volodymyr Zelenskyy claimed that heavy weapons from Ukraine’s western allies have finally started working at “full capacity” on the frontlines, with Ukraine’s General Staff denying Russian claims that two U.S.-supplied HIMARS light multiple rocket launchers had been destroyed. They instead said that the weapons were being used to inflict “devastating blows” on the invading forces.

But the President of Kazakhstan, Kassym-Jomart Tokayev, has refused to recognize the pro-Russian, so-called People’s Republic of Donetsk and the People’s Republic of Luhansk, in eastern Ukraine, and has also said that Kazakhstan might increase its oil exports to the European Union. The member nations of NATO and other Western countries have also refrained from recognizing the independence of the breakaway Ukrainian regions.

«Previous Post
Ukrainian Flag Flies Over Snake Island Once More After Shelling Forces Russia To Abandon It»Next Post
Thanks A Million: Ex-British Soldier To Deliver Over $1M Worth Of Supplies To War-Torn Ukranians