The video was obtained from the Russian Ministry of Defense. 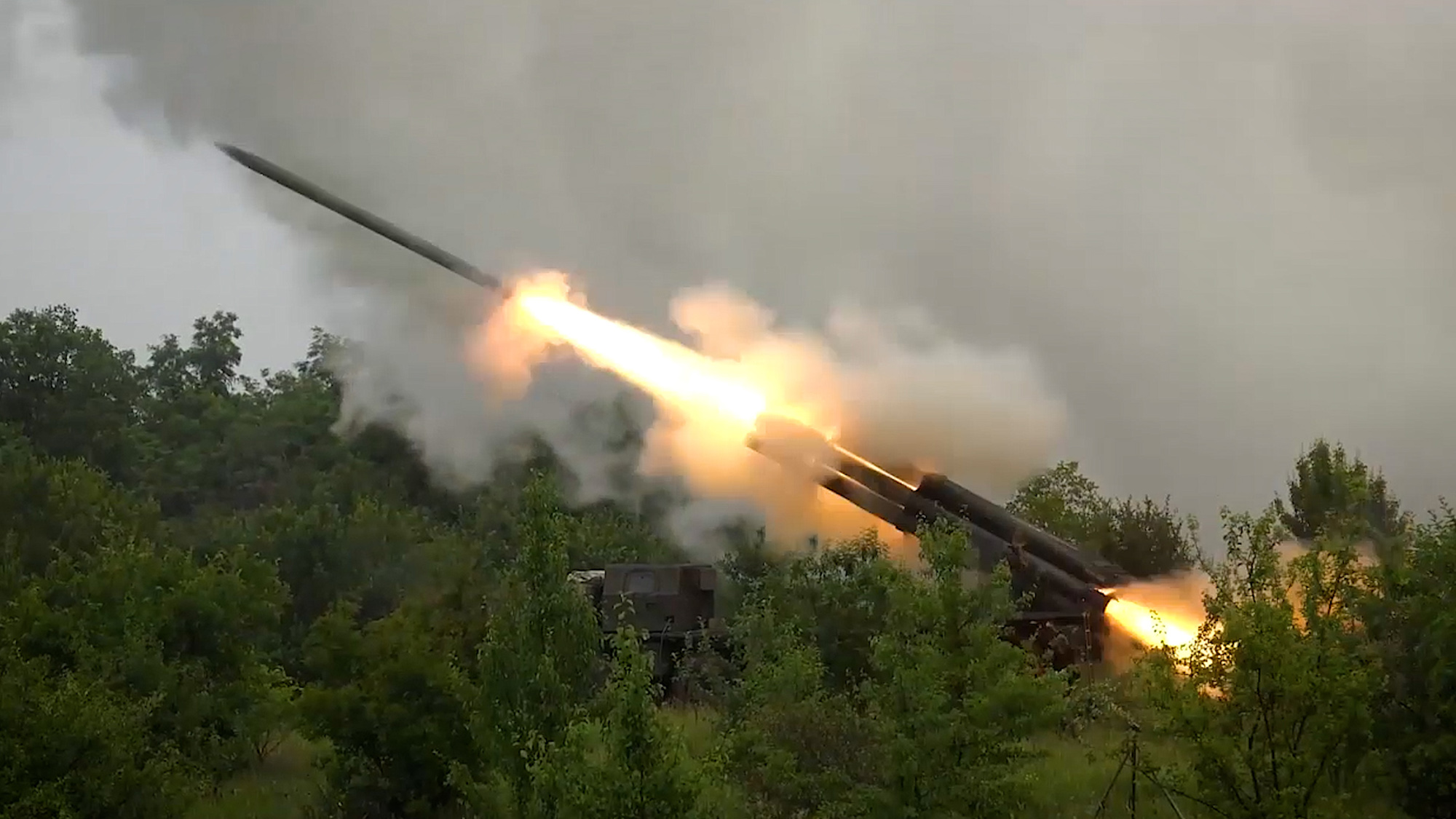 Strikes of the Russian Armed Forces on the military facilities and positions of the Ukraine Armed Forces in Ukraine. (Ministry of Defense of Russia/Zenger)

Russia has claimed that it has conducted further missile strikes on Ukrainian military installations.

The footage was obtained from the Russian Ministry of Defense (MoD) on Wednesday, July 6, with Lieutenant General Igor Konashenkov, 56, the chief spokesman for the Russian MoD giving a briefing during which it was claimed that Russia had “continued strikes against military facilities in Ukraine.”

The Russian MoD also claimed in a statement (in English): “Russian Aerospace Forces strike on a temporary deployment point of 22nd Motorized Infantry Battalion of 92nd Mechanized Brigade based in Kharkov has destroyed up to 100 Ukrainian nationalists and 4 pieces of military equipment.

“Russian Aerospace Forces have destroyed 1 depot of rocket and artillery weapons belonging to the 57th Mechanized Brigade on the eastern outskirts of Soledar, where 1,500 shells of various calibers and over 100 foreign-made anti-tank missile systems were stored. […]”

We contacted the Russian Ministry of Defense for further comment, as well the Ukrainian Defense Ministry, but haven’t received a reply at the time of writing.

Russia invaded Ukraine on February 24 in what the Kremlin continues to dub a “special military operation.” July 6 marks the 133rd day of the invasion.

Russian forces have hit targets across Ukraine’s eastern Donetsk region, while the local governor has urged 350,000 civilians to evacuate.

Ukraine’s President Volodymyr Zelensky has stated that Ukrainian forces would retake the city “thanks to the increase in the supply of modern weapons.”