The video was obtained from the 36th Separate Marine Brigade. 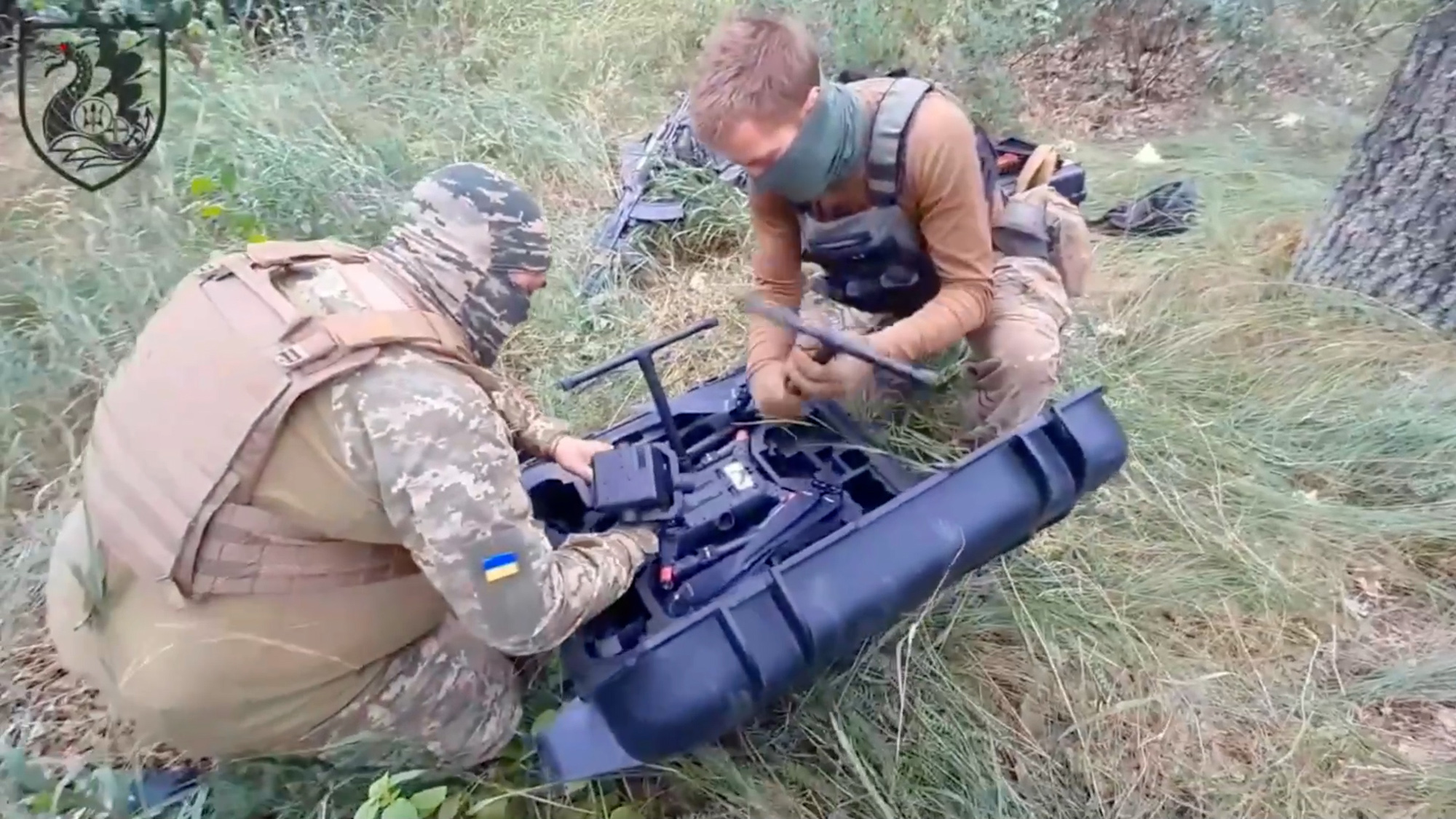 Soldiers of the 36th separate brigade of marines named after Rear Admiral Mykhailo Bilinsky are carrying out combat missions to destroy the occupiers in the southern direction of Ukraine. (@36obmp/Zenger).

This footage reportedly shows how Ukrainian Marines use a drone to pinpoint enemy targets, which are then hit with devastating effects.

It is understood that the footage was shot somewhere in southern Ukraine.

“And the war unleashed by Russia against the Ukrainian people proved it again. With accurate shots in the places of deployment of the Russian occupiers, their rear, warehouses with ammunition, our victory is approaching. But there are those who do an equally important job in this.

“Air reconnaissance – the eyes of victory. The Rear Admiral Mykhailo Bilynskyi 36th Separate Marine Brigade. This is how these guys perform combat missions to destroy the invaders in the southern direction. Glory to the marines! Faithful always!”

The 36th Separate Marine Brigade was, along with the Azov Regiment, one of the two major Ukrainian forces that defended the besieged city of Mariupol at great cost before it fell to Russian and pro-Russian forces.

Russia invaded Ukraine on February 24 in what the Kremlin calls a “special military operation.” Today marks the 135th day of the invasion.

According to Ukrainian officials, three people have been killed, and another five have been injured after Russian forces fired rockets at Kharkiv.

Russia’s defense ministry has claimed that it killed Ukrainian servicemen who were trying to raise Ukraine’s flag on the recently retaken Snake Island, but Ukraine has denied that any of its servicemen on the island were killed.

Russian forces made no territorial gains in Ukraine on Wednesday “for the first time in 133 days of war”, according to the Institute.

But Moscow reacted with delight at Johnson’s ouster, with a Kremlin spokesperson saying: “He doesn’t like us. We don’t like him either.”

Kazakhstan’s President, Kassym-Jomart Tokayev, has called for a diversification of the country’s oil routes a day after a court in Russia suspended operations on a major export pipeline.

The Russian court ordered the suspension of Kazakh oil exports to the West for a month. Russia controls the Novorossiisk Black Sea oil terminal, where tankers are loaded with oil that transits, via a pipeline, from Kazakhstan’s Tengiz oilfield. Western sanctions have restricted Russia’s oil and gas exports, increasing demand for producers like Kazakhstan.

«Previous Post
Thanks A Million: Ex-British Soldier To Deliver Over $1M Worth Of Supplies To War-Torn Ukranians»Next Post
Tanks A Lot: Ukrainian Forces Joke They Are On Safari To Create A Russian Tank Cemetery