“Normally, dogs retire about seven or eight years old – but Barra loved his job so much that he’s continued doing it.” 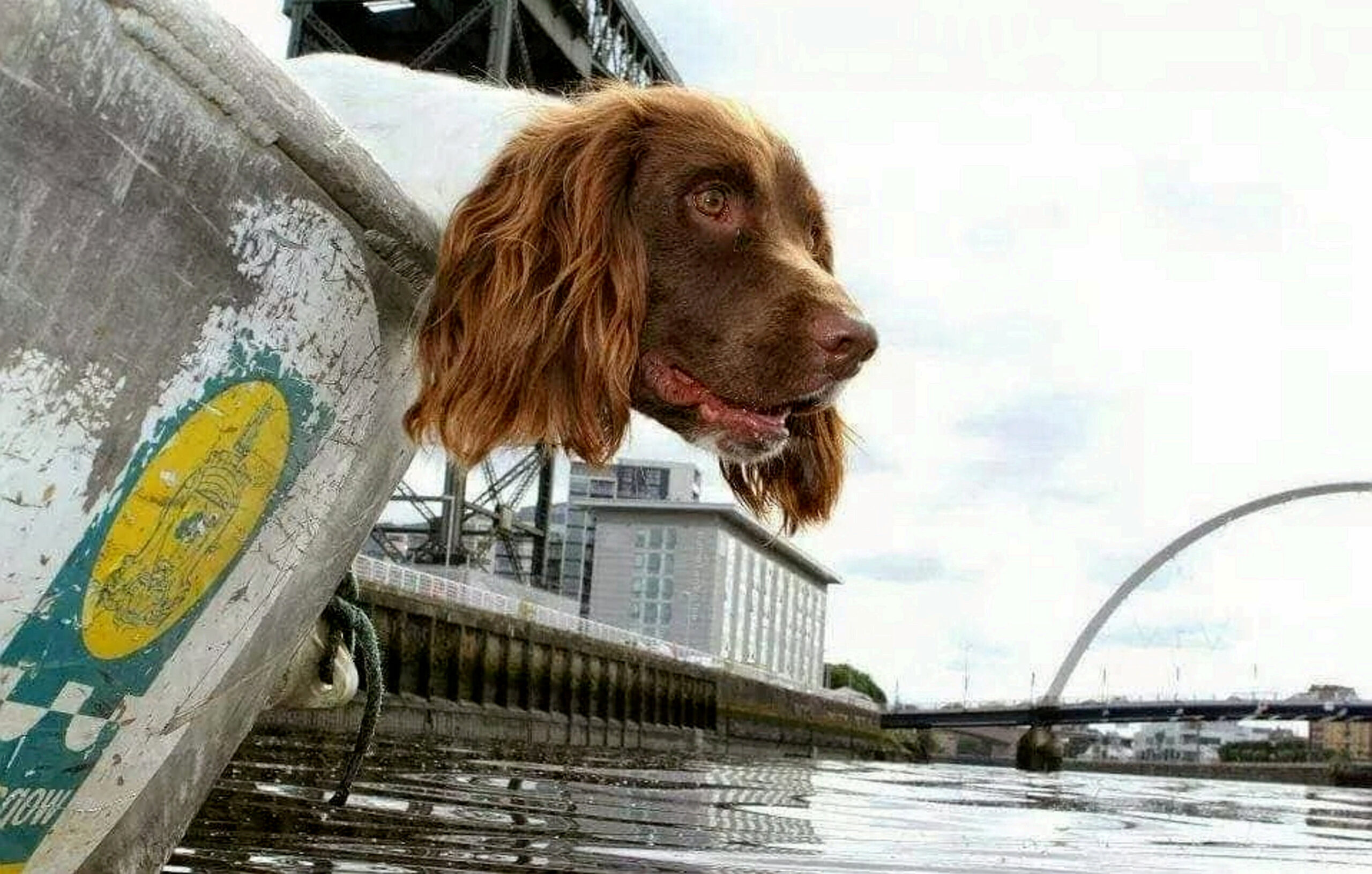 An underwater sniffer dog that can find human remains by standing at the bow of a boat and sniffing the air has retired - after 11 years of service. (Steve Chatterley SWNS/Zenger)

An underwater sniffer dog that can find human remains by standing at the bow of a boat and sniffing the air has retired – after 11 years of service.

Barra undertook 10 months of special training as a pup and has spent the last decade working with police and families all over the United Kingdom.

He is based on the River Clyde with owner and handler Iain Marshall, 55, who continued to train Barra up to three times a week after he was qualified.

Iain said Barra’s work has been instrumental in providing bereaved families with closure over the years.

But he said the aging pooch is ready to retire after having mobility issues with his back legs.

Iain, who works as a boat operator, was inspired to get Barra when he was a pup after reading about an underwater sniffer dogs in a magazine.

Iain, from Luss, from the Argyll and Bute region of Scotland’s west, said: “I worked with the coastguard for 18 years dealing with a lot of missing people.

“It’s hard to walk away from those cases where you know someone is still missing.

“I read an article about underwater sniffer dogs in a search and rescue magazine and I thought I am going to get a dog and do this.

“I got Barra in Wales and that’s where he did most of his training.

“We would get exercises to do and then go home and practice on the Clyde.

“He was qualified in about 10 months.

“We do training two or three times a week with him where we will put bait in the water at different depths and he will bark on the scent.

“He sits on the boat with his legs over the front and his nose down sniffing the water, he never goes in.”

The works is done on a voluntary basis with Barra helping families and police forces on missing person search and rescues.

In 2021 Barra went over to Wales to help in the search for five-year-old April Jones.

Iain said: “We do it all on a voluntary basis, when we started I said if Barra finds just one person we have completed the ultimate goal.

“The police will ask us for help or families will come to us directly, especially if it’s a long-term missing person.

“Sometimes after the police have done all they can we will take it up and see if we can help.

“People are heartbroken and if we can assist in any way then we will.

“It has taken us far and wide over the years, all over the UK.

“We assisted on the April Jones case in Wales.”

Iain said Barra still loves his work but began to struggle after having an operation on his back leg.

He is thinking about getting another pup to continue Barra’s work but is still undecided.

Iain said: “It’s proving too much for him now after his op, his legs just give up on him sometimes.

“Normally, dogs retire about seven or eight years old – but Barra loved his job so much that he’s continued doing it.

“He still really enjoys it and has such a drive for it, but he is going to enjoy life on the Clyde as a tourist now.”