“In animals, we can more fully explore and manipulate the circuitry to identify the neural substrates involved.”
By Darko Manevski July 8, 2022
Facebook
Twitter
Linkedin
Email 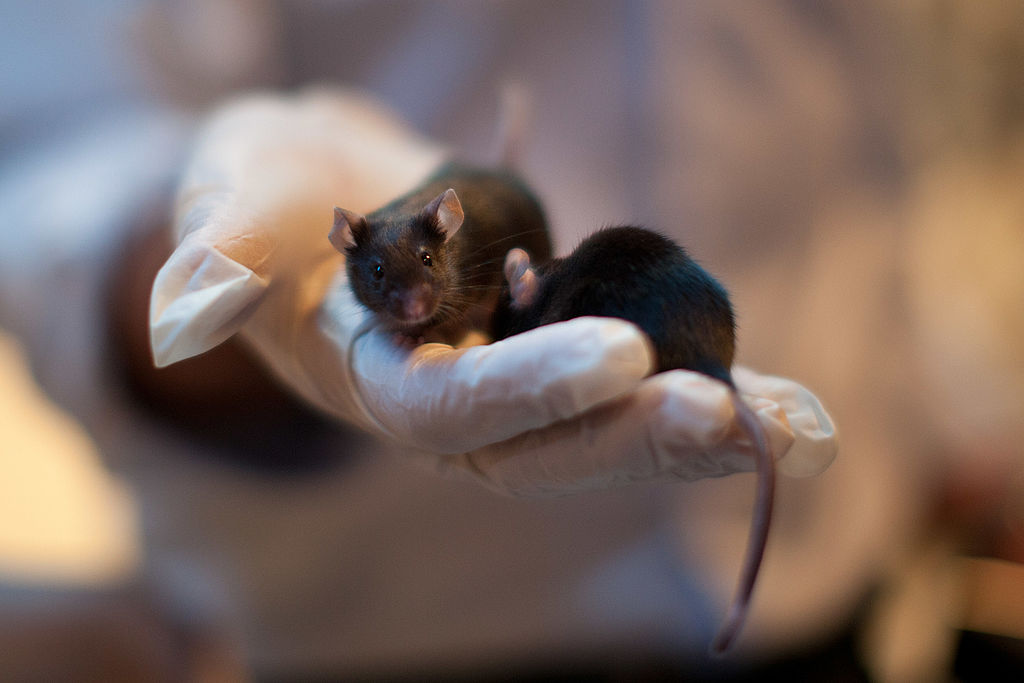 Developer Eran Lumbroso holds a mouse during a demonstration at The 2nd International Conference of Israel Homeland Security expo on November 12, 2012 in Tel Aviv, Israel. (Photo by Uriel Sinai/Getty Images)

Scientists have discovered how different sounds can blunt pain in mice after playing classical music to injured rodents.

They say the work could lead to safer treatments of pain in humans that rely less on opioids.

Studies dating back to the 1960s have shown that music and other sounds can help reduce pain during dental and medical surgery, child delivery and cancer.

However, exactly how the brain is able process that pain reduction, or analgesia, has been less clear.

Dr. Yuanyuan Liu of the National Institute of Dental and Craniofacial Research (NIDCR) and co-senior author of the study said: “Human brain imaging studies have implicated certain areas of the brain in music-induced analgesia, but these are only associations.

“In animals, we can more fully explore and manipulate the circuitry to identify the neural substrates involved.”

In the study, published in the journal Science, Dr. Liu and his colleagues from the University of Science and Technology of China, Hefei, and Anhui Medical University, Hefei, played three types of sound to mice with inflamed paws: pleasant classical music, an unpleasant rearrangement of the same piece, and white noise.

When played at the volume of a whisper all three sounds reduced pain sensitivity in the mice but they had no effect when played at louder volumes.

Dr. Liu said: “We were really surprised that the intensity of sound, and not the category or perceived pleasantness of the sound would matter.”

To explore the brain circuitry involved in this process, the researchers used non-infectious viruses coupled with fluorescent proteins to trace connections between brain regions.

They found a route from the auditory cortex, which receives and processes information about sound, to the thalamus, which acts as a relay station for sensory signals, including pain, from the body.

In freely-moving mice, low-volume white noise reduced the activity of neurons at the receiving end of the thalamus.

When there was no sound, suppressing the pathway with light and small molecules mimicked the pain-blunting effects of the quiet noise, while turning on the pathway restored the animals’ sensitivity to pain.

Liu said it is unclear if it works the same for humans or whether other aspects of sound, such as harmony or pleasantness, are important for human pain relief.

He said: “We don’t know if human music means anything to rodents, but it has many different meanings to humans – you have a lot of emotional components.”

The results could give scientists a starting point for studies to determine whether the animal findings apply to humans and could ultimately inform development of safer alternatives to opioids for treating pain.

NIDCR Director Dr. Rena D’Souza said: “By uncovering the circuitry that mediates the pain-reducing effects of sound in mice, this study adds critical knowledge that could ultimately inform new approaches for pain therapy.”