Victor Medvedchuk, 67, is a pro-Russian Ukrainian oligarch and politician who served as a Member of the Ukrainian Parliament. 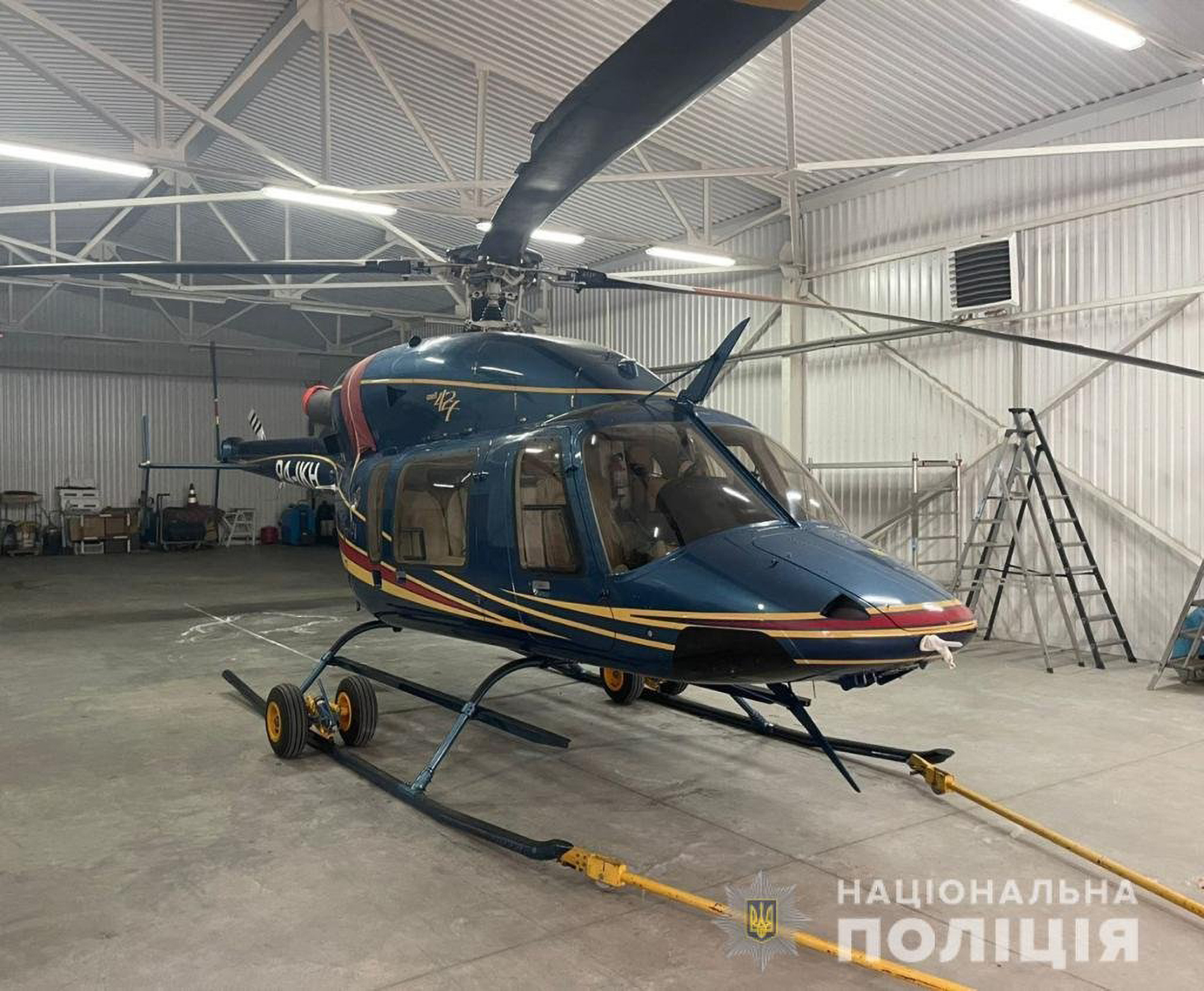 A helicopter and an airplane of Putin ally Viktor Medvedchuk (ex People's Deputy of Ukraine, suspected of treason) and his family were seized and handed over to Ukrainian Armed Forces. (@UA.National.Police/Zenger)

A helicopter and an airplane belonging to Viktor Medvedchuk and his family have been seized by Ukrainian authorities and handed over to the Armed Forces.

The Department of Strategic Investigations of the National Police of Ukraine said in a statement obtained on Wednesday, July 6: “A helicopter and an airplane belonging to the Medvedchuk family were handed over for the needs of the Armed Forces.”

They said that this occurred within the framework of an investigation into Medvedchuk for “abuse of power” and other crimes and that the “Chief Investigative Department of the National Police seized the helicopter and aircraft used by the family of Victor Medvedchuk.”

They added that the confiscated plane and helicopter had been “handed over for the needs of the Armed Forces of Ukraine.”

Victor Medvedchuk, 67, is a pro-Russian Ukrainian oligarch and politician who served as a Member of the Ukrainian Parliament and who is opposed to Ukraine joining the European Union.

He is considered to be an ally of Russian President Vladimir Putin. Putin is the godfather of Medvedchuk’s youngest daughter and it is believed that Putin may have planned to install him as the President of Ukraine, had he managed to take Kyiv during the early stages of the invasion.

After Putin’s invasion of Ukraine on Thursday, February 24, Medvedchuk was quickly placed under sanctions by the United States. He escaped house arrest on February 27, before being apprehended by the Ukrainian Security Service (SBU) on April 12.

The request for the plane and helicopter to be seized came from the Prosecutor General’s Office, according to a statement obtained from the Ukrainian Ministry of Internal Affairs. It said: “At the request of the General Prosecutor’s Office, the property was seized.”

The statement from the Office of the Prosecutor General also accuses Medvedchuk of abuse of power, and of abusing his power to take possession of property unlawfully.

The Prosecutor General also said that they had seized other assets that were registered in the name of Medvedchuk’s wife, Oksana Marchenko, 49, who is suspected of “high treason”. Marchenko, a former model and TV presenter, used to host X-Factor Ukraine and Ukraine’s Got Talent.

These assets include a luxury estate called Vedmeja Dibrova that, it is believed, actually belongs to Medvedchuk. It is located in the village of Zhdeniievo, in the Volovets Raion of the Zakarpattia Oblast region, in western Ukraine.

We contacted the Department of Strategic Investigations of the National Police of Ukraine for further comment, as well as the Russian Ministry of Defense, but haven’t received a reply at the time of writing.

The Ministry of Defense of the United Kingdom stated that Russian forces “from the Eastern and Western Groups of Forces are likely now around 16 kilometers [10 miles] north from the town of Sloviansk. With the town also under threat from the Central and Southern Groups of Forces, there is a realistic possibility that the battle for Sloviansk will be the next key contest in the struggle for the Donbas.”

Ukraine’s President Volodymyr Zelensky has said that heavy weapons from Ukraine’s western allies have finally started working at “full capacity” on the frontlines, with Ukraine’s General Staff denying Russian claims that two U.S.-supplied HIMARS light multiple rocket launchers had been destroyed. They instead said that the weapons were being used to inflict “devastating blows” on the invading forces.